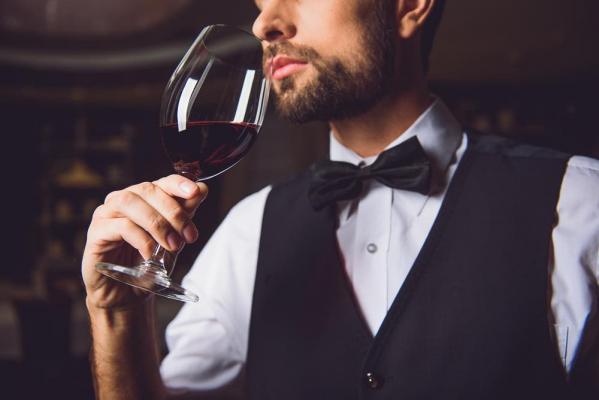 The Court of Natural Sommeliers is pleased to announce that it is now accepting applications from qualified people in the wine trade who wish to pursue their N.S. There are currently 256 Natural Sommeliers in the world—220 are women, 30 are men, and the other six are wine writers, about whom no one is certain. Candidates who are accepted into the program are expected to pass three exams. There is the Practical Exam, where candidates blind taste six wines in front of a panel and then carefully wash the feet of their N.S. proctors. There is an oral exam that guarantees the candidate has the correct amount of teeth. And, finally, there is the service exam — a rigorous testing of the candidate’s ability to properly open a bottle of natural wine tableside, as well as demonstrate utter contempt for a customer who brings his own bottle of unnatural wine to the table. Candidates must pass all three exams within three years and never once smirk.

Since its founding in 2007, the Court of Natural Sommeliers has worked tirelessly to promote the cause of natural wines. NatSomms see themselves as truth tellers, ambassadors for the planet, healers, soothsayers, and protectors of Mother Earth. You can bet that they are holier than Dow. When it comes to natural wines, a NatSomm is both judge and Jura. There are no finer examples of human beings than Natural Sommeliers, and you would be wise to follow their example. They know that wine isn’t a commodity, wine is something rare and precious you put into your body, like the cigarettes natural winemakers smoke, or birth control pills, or the earbuds to your smartphone. Make the right choices! Protect the planet! Drink responsibly. NatSomms know that if everyone committed to drinking only natural wines, we could stop those annoying everyday wine drinkers from having something cheap to drink.

The Court was one of the first entities to lobby for ingredient labels on wine. We see this as important and necessary. Consumers should be made aware of all the additives used by Big Wine in their disgusting beverages. This is no different than requiring ingredient labels for food, or flea collars for dogs. Most consumers are unaware of the long list of additives legally available to commercial wineries. A partial list would include Velcorin (a potentially lethal compound that is used as an antimicrobial agent to control Brett and unwanted cellar crew), gum arabic, gum yentil and chicken gumbo, MegaPurple, a grape juice concentrate that makes a killer mojito as well, and many different kinds of acid, including malic, citric, tartaric, battery and Lucy in the Sky with Diamond Creek. Natural wines eschew (Gesundheit!) the addition of any chemical compounds, relying solely upon the ethanol to naturally kill you.

The Court is also pleased to announce that it has partnered with Riedel Glassware to produce an authentic Natural Wine glass. The patented shape was developed by Riedel with the input of several Natural Sommeliers. Each glass is handblown by Amish vegans (or, Vamish people), and is carefully designed to focus the aromas away from your nose, thus guaranteeing maximum enjoyment. If you prefer to inhale the wine’s aroma, simply hold it six inches to the left of your nose and inhale, remembering to bring it back to your mouth to drink so you don’t stain your hair shirt. There are several distinct wine glasses in the Riedel Minimal Intervention line, including one for orange wines. The orange wine stem conveniently holds four ounces of wine, easily double what people normally drink. All the stemware in the Riedel Minimal Intervention line is made of lead free crystal, so that, again, it’s the ethanol that will give you cancer naturally. The Riedel natural wine glasses have begun appearing at all the trendiest New York natural wine bars, and were recently featured at a White House dinner when Sean Spicer ordered them because he thought they were orange hair glasses.

The President of the Court of Natural Sommeliers, Mary Anosmia NS, has also announced that the Court has finalized its long awaited definition of natural wine. Anosmia’s press release states:

The Court of Natural Sommeliers would also like to assure potential candidates and the public that is has no affiliation with the Court of Master Sommeliers (M.S.) or the Court of Masters of Wine (M.W.). Those people will sell you all manner of shit wine. Much, if not most, of the wines they recommend are abominations in the eyes of the Lord, Eric Asimov, if not his nose. Yes, our N.S. title is close to M.S. and M.W. and B.S., but we’re our own nonprofit organization. Please, for the love of Steiner, don’t confuse us with those snobs.

When you have finally earned your Natural Sommelier diploma, you’ll find that, like all the other wine letters one can append to one’s name, you will have naturally attained a level of professional wine superiority. An N.S. guarantees admiration, awe, respect and even a bit of fear. Bear in mind our motto here at the Court of Natural Sommeliers, “Lips that touch sulfites shall never touch my ass.”