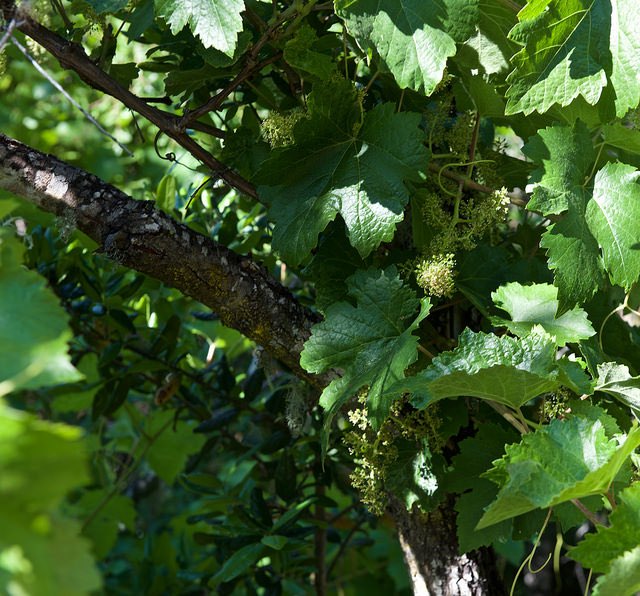 Compiling a list of the ten best red and white grapes is an entertaining parlour game for consenting wine lovers. Should Chardonnay trump Riesling and Chenin Blanc? And what about Cabernet Sauvignon? Better or worse than Pinot Noir, Grenache or Nebbiolo? I’ve played this dozens of times around the world and the results differ more than you’d think, especially when patriotism influences choices. And yet some varieties never make the podium. There are more than 5,000 to choose from, but no one ever finds room for Aligoté, Dornfelder or Seyval Blanc.

The same goes for Listán Prieto, alas, despite the fact that this was the original New World grape and retains considerable importance in South America. Brought by the Spanish from the Canary Islands and first planted in what is now the Dominican Republic, it’s still grown there in the Neyba Valley, close to the border with Haiti. The tropical conditions and double annual harvest don’t highlight the grape’s best features – people who’ve tasted the results aren’t terribly complimentary – but these vines are testament to those first plantings in 1493. We owe a lot to Listán Prieto, also known as Mission, País and Criolla Chica.

From there, the variety spread to Venezuela, Ecuador, Colombia, Peru, Bolivia, Chile and finally Argentina, according to Gustavo Aliquó of INTA, Argentina’s National Agricultural Technology Institute. For more than 300 years, it dominated the viticultural landscape of South America until French grapes arrived in the 19thcentury and toppled it from its position. Things have not improved much since. Listán Prieto generally has a poor reputation locally, condemned to bulk wine status and often planted in the wrong areas.

Mind you, that’s beginning to change, thanks to producers like Bouchon, Huaso de Sauzal and Roberto Henríquez in Chile and Cadus, Cara Sur, Durigutti and El Esteco in Argentina, not to mention the rebirth of interest in the variety back in its native Canary Islands. The likes of Malbec, Cabernet Sauvignon, Chardonnay and Sauvignon Blanc obviously have more international prestige, but on both sides of the Andes, a growing number of wineries are looking back to their Spanish roots, reviving traditions that are centuries old.

INTA’s work is a fascinating part of this. The institute’s seven-person team has been using DNA analysis and molecular markers to investigate the history of Latin American viticulture, working with what are loosely known as the criolla, or creole grapes, in a collection that it started in 1949. This is partly a work of preservation, tracking down rare criollas and saving them for posterity, but also of pride, demonstrating that these varieties can make good wines if handled adroitly.

The large, sprawling criolla family has two main parents and more than 500 offspring. The first is our friend Listán Prieto, the second Muscat d’Alexandrie, an equally influential European grape that arrived with the Jesuits in the mid-16thcentury, probably from North Africa. The deliberate propagation of these two grapes as well as a host of natural crossings have given us Cereza, Criolla Grande, Pedro Giménez and Torrontés among other varieties, all of which are effectively indigenous to Latin America. The first three of this quartet don’t produce great things in Argentina, but Torrontés makes some of its most distinctive wines.

I was lucky enough to taste four whites – criolla is nearly always white or pink in colour – that the INTA team have isolated and vinified in Mendoza. One of them, a Moscatel Blanco, was produced from what are the last 15 plants on earth, and it was fine, scented and refreshing. Another was a richer, deeper pink Moscatel Rosado, the product of a crossing between Muscat d’Alexandrie and an “unknown father”, according to Rocío Torres. “We’re still searching,” she says, sounding like an exasperated social worker.

All four wines were interesting and very different in the glass. Santiago Sari, who’s the oenologist in the team, says that “we’re looking at our history, but applying modern techniques to these grapes”, which hasn’t been done before. Until the railway line arrived in Mendoza in 1885, linking the city to Buenos Aires and the outside world, wines were transported to the capital by mule or cart, a trip that took as long as six weeks. No wonder they were “fortified” with chalk dust to preserve a degree of freshness. We’ll never know what those 19thcentury brews tasted like, which may be a good thing, but INTA’s work is granting us a fascinating glimpse into the origins of New World wine.