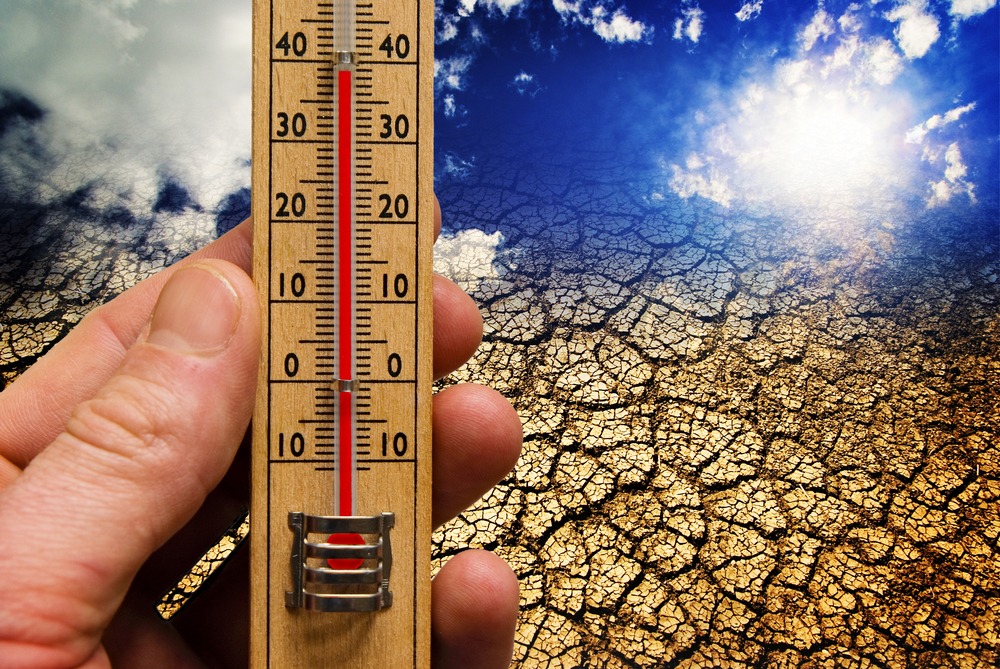 “Phew. What A Scorcher!” I’m old enough to remember June 1976, when we had 15 consecutive days above 32°C. The Sun’s headline captured some of the excitement I felt as a teenager. In those days British summers were frequently cool, overcast affairs and all of a sudden Kent felt like the Costa Brava. What was scorching then seems almost temperate now. Last week Cambridge sweated through the second hottest day ever at 38.1°C, just ahead of Faversham’s 38.7°C in August 2003.

The UK wasn’t alone. The town of Gallargues-le-Montueux’s thermometers hit 45.9°C at the end of June, a record for France. Even in Chablis, regarded as one of the country’s coolest grape-growing regions, it was sweltering. Laurent Pinson sent me a screen shot taken in his Mont de Milieu vineyard at 19.04 on July 25thshowing 41°C. “I’ve never seen anything like it,” he told me. When I posted his comments on Twitter, wine producers in other countries chimed in. Most of the northern hemisphere is experiencing the same weather. Or rather climate, as this part of a broader global picture. Once exceptional, summers like 1976, 2003, 2018 and 2019 are becoming the norm.

That broader picture is extremely alarming. As David Wallace-Wells writes at the start of his new book, The Uninhabitable Earth, “it’s worse, much worse than you think”. The future offers scant cause for optimism. At current rates of greenhouse gas emissions, the Intergovernmental Panel on Climate Change predicts that the earth could be 4.5°C warmer by 2100. As well as rising temperatures, some parts of the world are already dealing with crop failures, freshwater shortages, wild fires, flooding and other extreme weather events. Mass climate change-related migration and wars could be next, as a growing global population competes for survival. “The climate system that raised us…is now, like a parent, dead,” argues Wallace-Wells.

In the face of potential global catastrophe – we are fast approaching a point of no return, with the planet’s biggest polluters, China and the USA showing no sign of a change of industrial strategy and demand for oil and gas still rising – producing and drinking good wine will be the least of our worries. But our industry, described by the viticulturist Richard Smart as the “canary in the coal mine” of climate change needs to adapt quickly if it is to survive.

My colleague Stuart Piggott gave a speech in the Finger Lakes recently at which he declared that “cool climate is dead in Old Europe”, although he conceded that things might be different in “New Europe”, by which he meant places like Poland, Denmark and England. I think he’s being slightly too pessimistic. There are things that producers can do – earlier picking, north-facing sites, develop new areas, use different rootstocks and heat-tolerant varieties with higher acidity levels – that can mitigate the effects of global warming. That’s why people are planting Touriga Nacional in Bordeaux and Chenin Blanc (in secret) in Burgundy and starting to look anew at what were once considered marginal sites. What price a Grand Cru vineyard when it produces Pinot Noir with 15% alcohol?

The viticultural map of the world will be redrawn in the next 30 years. Zsuzsanna Barna has just planted 1.5 hectares in Norway, establishing one of the world’s most extreme vineyard project at 61°north, with tentative blocks of Bachus, Dornfelder, Gewürztaminer, Grüner Veltliner, Pinot Noir, Riesling and Solaris. If FreyjaVin – named after the Norwegian fertility goddess – works, there’s room to plant another 28.5 hectares. In the southern hemisphere, meanwhile, Chilean and Argentinian winemakers are moving further south in regions like Chile Chico and Chubut. Welcome to wine’s new frontiers.

Is this a fruitless attempt to “outrun climate change”, as Dr Kim Nicolas of Sweden’s Lund University Centre for Sustainability Studies puts it? She thinks that we still have the chance to halt it. At the macro level, this will require a level of coordination that may prove beyond our global leaders, but the wine world can play its smaller part by using renewable energy, ditching heavy bottles, shipping in bulk, saving water and energy, exploring carbon capture, reforestation and reducing carbon emissions. As individuals, we can play our parts too, changing the way we live, travel and eat. Will any of this reverse what seems inevitable? I don’t know, but it’s surely worth a try.