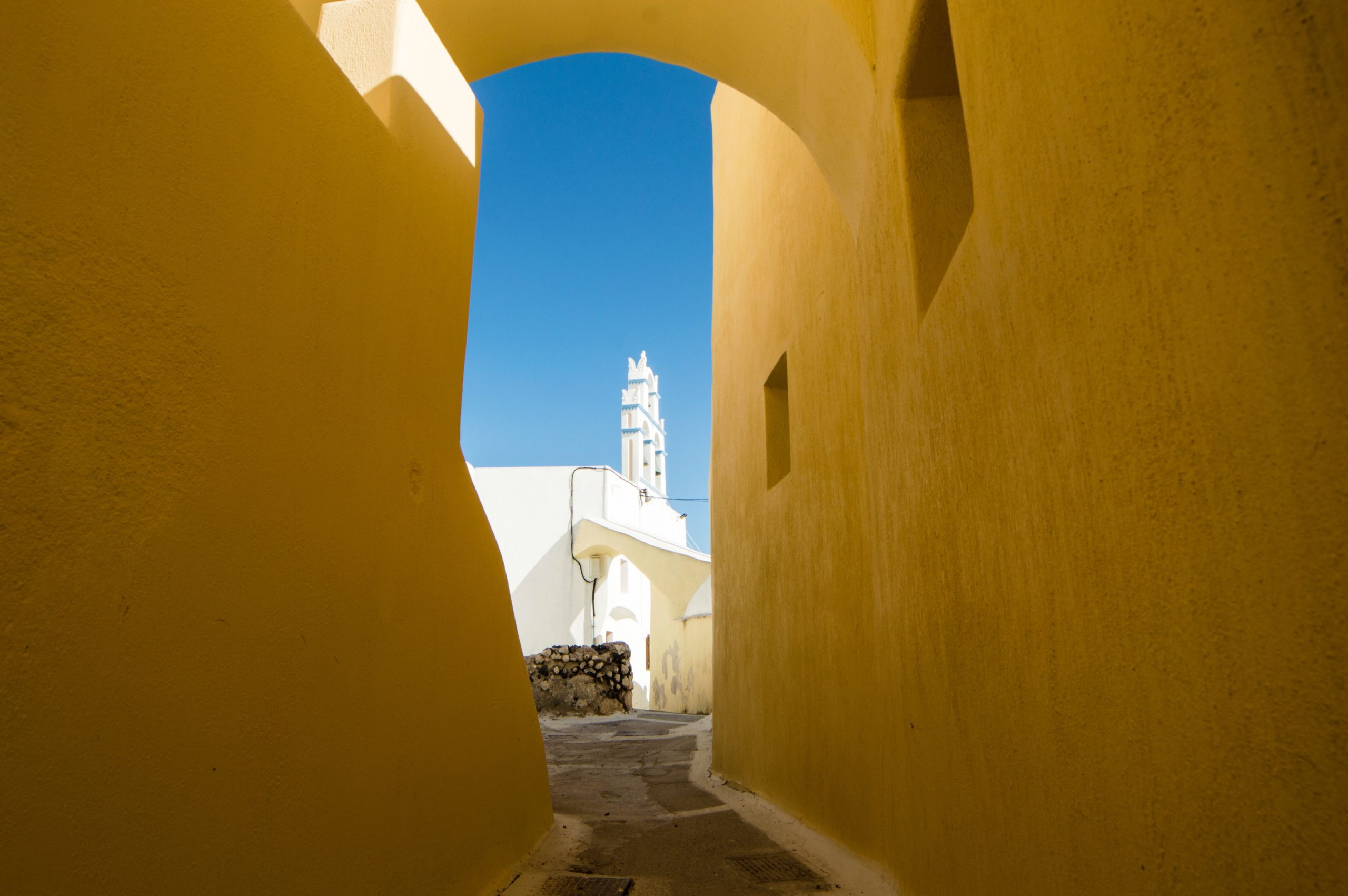 Growing up in Greece means you get used to following two parallel tracks, the national and the international. There is the local music scene, and the global music scene; the local cinema circuit, and the global; the Greek Super League, and the Champions’ League. Then, maybe once a decade, Euclid cedes to Poncelet, and the parallels intersect. Kavakos conducts the London Symphony Orchestra. Lanthimos becomes a regular at the Oscars. Warzycha puts the ball in the back of Van der Sar’s net.

When I think of Assyrtiko, I think of it as one of these intersections. Back in the late 1990s, when I first got into wine, one learned the international varieties, and then the Greek ones. There was general agreement on which varieties formed the elite of the Greek vineyard (Assyrtiko, Agiorgitiko, Xinomavro), but there was also general agreement that, in the grand scheme of things, they were a viticultural footnote, the purview of Hellenophiles and obsessives – expecting the average British wine professional to know of Xinomavro was like expecting the average British football commentator to pronounce Panathinaikos correctly.

Then, little by little, things started to change. Americans, familiar with Greek cuisine and less hung up on the French classics, seemed to get there first. Brits followed, if less enthusiastically. The shift from international to local varieties helped, as did the stylistic move that saw big, buttery Chardonnays plunge from the height of fashion to the depths of kitsch, the vinous equivalent of shoulder pads. Assyrtiko, intense, dependable, different, was best placed to take advantage of this, and it did. Within a decade, the grape went from a novelty you would suggest to a connoisseur, to a staple which, if someone doesn’t already know, then they probably don’t know a lot about wine.

The Assyrtiko everyone knows of course is that of Santorini, its prime terroir and most likely birthplace. The flavour profile is indeed unique: wines of intense flavour, yet an acidity that can easily appear shearing to the unaccustomed palate (the more technically-minded like to quote the combination of pH, often below 3, and alcohol, often above 13.5%). The fruit notes seem a by-product of the acidity (lemon and lime dominate), but the trademark aroma is this combination of citrus with salt, suggesting sea salt flakes in some wines, or a sea breeze-like salinity in others. But Santorini Assyrtiko is primarily a wine of texture. In wine writing, there is still a debate if “minerality” is a legitimate term. If it is, then Assyrtiko is its clearest example.

Then there is the fascinating backstory, so tailor-made for what the international wine scene has been after the past two decades, that it seems almost too good to be true. In the traditional Santorini vineyard, a landscape so exotic to feel almost alien, vines seem to be not so much cultivated as borderline surviving. Famously, they’re trained in a basket-like system called kouloura, close to the earth, like they’re gripping the rock lest the Aegean winds blow them away. Phylloxera never found a hospitable climate on this volcanic island, so Santorini vines never had to marry American. The wine is a natural match for Greek cuisine. And it is made in one of the most beautiful places on the planet. If anything, the question is not why Assyrtiko is famous – it is why it took so long.

If the big international story was the rise of Santorini in the global scene, the national one was Assyrtiko’s colonisation of the Greek vineyard, almost in its entirety. In the space of 10 years, the variety went from a Cycladic specialty, to pretty much the closest Greece has to a national grape. It seems there is hardly a place where Assyrtiko is not planted these days. The demand, both at home and abroad, is certainly there. Santorini prices have skyrocketed and the island can hardly satisfy it, especially when yields are so susceptible to the vagaries of the Cycladic climate. As one would expect, not everyone ends up with pure gold in a rush and quality on the mainland is inconsistent. The grape appears much fruiter and rounder, and the varietal character is often indistinct. There are, however, some excellent wines, clearly underpriced compared to Santorini, and some terroirs, such as Amyndeon, are flirting with excellence. An interesting picture also starts to appear in the islands. Tinos has already been established as prime Assyrtiko terroir, and Cretan Assyrtiko, a relative novelty, is already showing signs of a particular style, a cross between the Cycladic minerality and the mainland fruit. As vines age and winemakers acquaint themselves with the idiosyncrasies of their local Assyrtiko, it seems certain that good, even great, wines will follow.

For now, however, Santorini’s lead remains unassailable. Yannis Karakasis MW, who has a forthcoming book on the island and knows the Greek vineyard like few others, agrees, describing to me Theraic Assyrtiko as having a “quality advantage”. Last year, he organised a wine competition with international experts, 50 Great Greek Wines, and the results seem to support his view. Santorini Assyrtiko landed three places in the Top 10, including the first two spots (Assyrtiko in general made 13 appearances in the Top 50).

Thankfully, and perhaps unusually for Greece, the success has not gone to producers’ heads. The wild ride of Santorini prices, both at buying grapes and, to a lesser extent, on the shelf seems to have ended. A plateau has been reached, but people seem to be happy with that. A number of leading producers told me that going above the current price levels will require more work, and they all seem fully cognisant of the competition in the international markets. Improving viticulture seems to be the next big step, not a small challenge in an island with such a particular tradition – and where there are so many easier ways to make money, especially around tourism.

Another pleasant surprise is the island’s openness to competition, both internal and external. This is not a new story: non-Santorinians, such as the late, great Haridimos Hatzidakis have been making their mark on the island for decades, but it’s in the past decade that the drip turned into a flood. Thymiopoulos (Naousa), Gerovassiliou (Epanomi), Tselepos (Mantineia), Avantis (Euboea) have all started projects in Santorini, while Vassaltis came almost out of nowhere to establish itself as a major presence. With Kir-Yianni (Naousa) taking over the management of Domaine Sigalas last year, more top wineries are now run by non-locals than not. While hardly anyone would expect establishing themselves in a new region to be painless, those that chose Santorini seem to have had no unusual issues. Aris Tselepos and Vassaltis’s Yannis Valambous, for example, seemed fairly happy with their experience on the island, when I spoke to them. Nikos Varvarigos, of the venerable Santo Wines cooperative, highlighted to me the importance of producers working together – and he would like to see an association representing all producers on the island.

The same openness applies to competition outside Santorini. The wild proliferation of Assyrtiko across the country strikes me as a potential hazard. The lower prices mean that they’re more likely to be the entry point to the grape for an international drinker. Lacking the uniqueness of its volcanic birthplace, some examples might not impress enough. Does the Assyrtiko brand run the risk of being diluted? Will those not in the know trade up, or even come back for more? Matthew Argyros, of the flagship estate of the same name, has no such fears. He is confident that the unique character of Santorini Assyrtiko will keep the brand intact and any expansion of Assyrtiko nationally will simply result in a pyramid with the island at the top. Vassaltis’s Valambous agrees.

And then there is the Rest of the World. I tracked down only a handful of examples for this report, but the interest in the variety has been increasing exponentially, with plantings anywhere from California to South Africa. A grape that can thrive in the almost post-apocalyptic Santorini vineyard seems tailor-made for a globe in the grip of the Climate Emergency. If someone told me in 2006 that I would be writing a report in 2021 with more Assyrtiko labels from outside Santorini than in, I would have considered it very strange. Who knows, maybe in 2036 I will be writing one with more Assyrtiko labels from abroad, than from Greece itself.

Photo by Federica Esposito and Unsplash