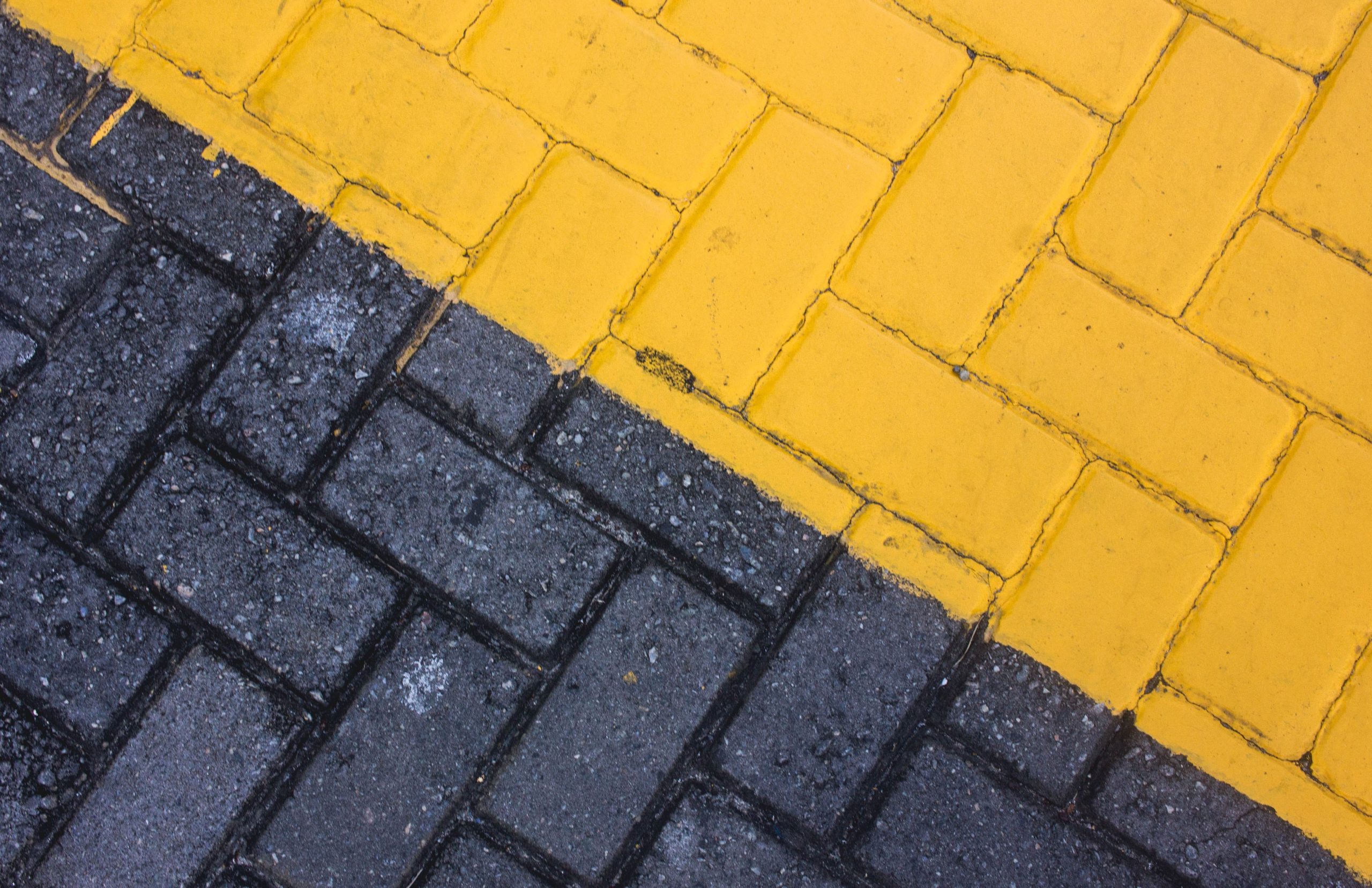 For Ulysses, Dorothy Gale and Neil Armstrong there was no place like home.

Dorothy left the Emerald City yearning for Kansas. After walking on the moon, Neil Armstrong wanted nothing more than to feel the Ohio dirt beneath his feet again. Ulysses returned to Ithaca desperate to resume his old life with Penelope.

Along the Yellow Brick Road, The Tin Man, Lion and Scarecrow come to realise the qualities they most aspire to are already in their possession. As for the Wizard: he’s a hustler; a salesman.

In the face of temptation, Dorothy found fortitude and Ulysses a rope; because whatever it was the Wizard of Oz and Sirens were selling, neither of them was buying.

It has become a cliché to say that the French don’t have a word for winemaker, but in Burgundy and the Rhône you can also add salesman to the tally of redundant professions. Domaines are relatively recent market makers, the vanguard having only escaped the commercial blends of négociants in the post-war period. Instead of headhunting suited Champagne-style brand ambassadors, the likes of Henri Gouges and Anne Gros duplicated the approach of expensive East Coast creative writing classes: “Always show, never tell.” Strong, silent types became the dominant cellar species. Tasting along the barrel cordon would likely turn into a monologue – more of an audition than a sales pitch – buyers and critics looking for approving nods from their reserved hosts, seeking reassurance that his or her francophone grape-ish cut it at the high altars of production.

For many, wine only becomes a business when they can no longer afford châteaux they’d previously bought in two case lots. Buy-two-sell-one-get-one-free was the trade’s first BOGOF deal, but it was only available to the financially-advantaged. The 21st century en primeur customer probably comes across a lot like the 20th century en primeur customer, except he doesn’t need the enticement of a side deal and his first language isn’t necessarily English. The consumable values of Le Pin and Chambertin are still principally self-affirming and bound-up with status, something we only get to properly appreciate once we are priced out the game and bottom feeding on luncheon claret.

Arguably, the highpoint of UK wine consumption occurred through the closing decades of the millennium. Fine wine was a discreet, closed economy; an historical constant connecting the same sorts of wines to the same sorts of people. At its centre was St James’s which, by then, had all but seized-up under a rust of  haughtiness and gout. The dials at the trade’s SW1 HQs no longer shifted with the Aquitaine weather. Every successive vintage delivered the same crop of bons mots and superlatives. The business was stuck in full wizarding, illusory mode. When Bordeaux’s climate lifted-off from the base camp of the 1960s and 1970s, it was Robert Parker who proved to be the most nimble critic of the day – an early example of adaptation, perhaps. Lacking the baggage of his contemporaries and with a 100 point scoring system, Parker was different: upstanding, independent, American;  more iconoclastic consumer warrior than mercenary Knight of the Tastevin. As someone who didn’t grow-up drinking wine, I felt connected.

Parker’s approach linked a y-axis of scores to a horizontal and ever-elongating x-axis of producers, which meant you could spend your Saturday mornings plotting Château Lafite’s flops against Château de Beaucastel’s successes. The afternoon shopping then became easy. For the price of one bottle of 1986 Château Mouton-Rothschild (£36) you could buy three bottles of Château Rayas, or Penfolds Bin 707 if you’d entered wine through one of its newly fitted doors.

Forks appeared in the road as the fine wine market added to its list of destinations. Parker’s thick-set Wine Buyer’s Guide was like the Domesday Book. If your estate didn’t make the index then, simply put, you didn’t exist. Budding wine enthusiasts like me, were in clover: choice was multiplying and bottle inflation lagging. But the party didn’t last. The stagecoach turned back into a pumpkin, and cheap booze became proper cheap booze. Penfolds scrambled the bin numbers, hoping that no one would notice; though some of us did. Numeracy is universal. Despite insisting we read his notes, it was Parker’s scores that mattered, and ultimately their effect was to further streamline Bordeaux, Burgundy and Barolo into globally tradeable commodities. For the record, the latest release of Bin 707 retails at £250 a bottle.

Shortly after I picked up Parker’s guide, I came across another American wine author, Kermit Lynch. An ex-pat  UK copywriter, Peter Mayle, had already branded Provençal otherness for profit, and Adventures on the Wine Route read like A Year in Provence, without the capers but with greater epic pretensions. If Elizabeth David brought le Midi’s recipes to the anglophone middle  classes, then Lynch seemed to be channelling something like anthropological detachment back the other way, and into the cellars of Bandol and the Rhône. The visit to the Peyrauds reads like an encounter with a newly discovered tribe. Phrases are reproduced verbatim. At Domaine Tempier, sulphur is used to treat colds not wines, we hear. I had to keep reminding myself that France was a kindred nuclear power with its own inglorious colonial past. I did buy La Tourtine and La Migoua off the back of Lynch’s book, but they turned to brett; that despite the author’s assurance that every back vintage he’d tasted was ‘fresh.’

Together, the ex-lawyer and the Berkeley merchant with a neoclastic sales pitch shaped the logic and tone for much of today’s fine wine commentary and valuation. If the scores were coordinates directing us along the trail, then Lynch did the job of animating the final destinations: toughness, self-reliance, and a folksy wisdom were all on display – The Emerald City dressed-up as Kansas, if you like, and far removed from the impression of Domaine and Châteaux proprietors held in St James’s, of potentially troublesome business partners who were best muted. For English merchants, France was an Old World rival; but to polarised Americans, divided and distrustful of their own institutions and academies, Gallic wine production could be promoted and sold sentimentally,  as something that not only approximated to a flattering and worthy version of their own imagined past, but of an idealised and better present too. In this context, the embracing of ‘terroir’, ‘bio’and ‘natural’ just seem to be re-vivifications of this same story: attempts to breathe some oxygen into tired mythologising and enduring distrust. In places, the hippy trail and the wine route run in parallel.

Kermit Lynch was already fully-integrated into the trade when he wrote his book, running the eponymous distribution business in California; whereas the trade felt pressure to integrate itself into the Parker schema. There were clashes over his scale, which to be fair, did seem more thorough when he was dishing out the dirt and awarding maximums evenly.

It is surely a deep regret for the lawyer within Parker that he never managed to shore-up the intellectual property around his scoring system, because it has become ubiquitous. As a newcomer to wine, I remember thinking that a 100-point spread captured the complexities of production in a way that the established 20 point scale didn’t, but this take has since been hollowed out by lookalike critics who use maximums like billboards to promote their own tasting prowess and brand.

Lynch’s legacy is storytelling. We now have personalities where once we just had maps and poor pronunciation. The passivity I encountered in the cellars of Morey and Gevrey became a co-branding opportunity for client critics and merchants, a void in communication they believed they were well qualified to fill. As with Parker and his scale, Lynch didn’t own the franchise on biography, and hagiography seeded itself along with all the 95+ scores.

Inertia did for many UK merchants. We were disproportionate consumers of fine wine, and when the correction came, it was swift. The mechanism for sales and distribution was stuck fast, and it took mostly American grease to get everything turning again.

The rapid evolution of modern media has turned that movement into a churn. Today, wine communication is ceaseless, but it rarely breaks-off from an orbit of platitudes and worn out themes. Who would have thought that wine, with all its inherent diversity, would be suffering from a glut of storytellers and a shortage of plot lines. A surfeit of memory and data just ended up blanketing producers beneath the same shroud of dust :– expressions of terroir, the auspicious changing of the generations, minimal intervention, refugee varieties, old vines, artisanal production, etc. It’s not that these aren’t worthy topics, but once you hit saturation it becomes increasingly difficult for laypeople outside the business to separate journalism from promotion. Everything gets the same treatment and phrasing. The trade seems to be closing-in on stagnation again, but this time round insularity isn’t the problem.

There’s no doubting that our new deeply connected lives are, at bottom, twitchily transactional. Buying stuff is the second job, the one we come home to in the evening. Behaviours are changing: the old chais solidarities of strength and silence are being challenged. Omri Ram, the winemaker at Château Lafleur, is a brilliant performer and salesman. He could award himself 100 pts and no one would blink. Despite everything he’s achieved in the cellars at Lafleur and Grand Village, YouTube appears to be his natural element.

Somewhat relatedly, the online career progression from wine drinker to wine vendor has never been easier. The templates and the algorithms are already out there: you just need to fill in the blanks. Looking across at Twitter, I’m really not clear if it’s possible to have a non-pecuniary relationship with natural wine, which probably tells us something about the savviness of its demographic and the overall osmotic effect that comes from spending your formative years in the PayPal umwelt.  For all I know, “Are you buying or selling?” may well be the preferred way customers greet one another at SAGER + WILDE these days.

To end more positively, the prices back in the 1980s and 1990s were good; indeed, better than the wines from memory. Putting aside the disappointments, the overall quality of wine has largely tracked upwards since the 1960s, however, in keeping with Newton’s third law we need to be mindful of the pushback from the mire. Winnowing out the chaff isn’t easy when so many unreliable narrators are bent on tripping us up headfirst into their own mess. My advice is to take your time, and don’t side too early with one critic;- and condition yourself to disappointment, then it won’t seem so bad when you find yourself emptying 1983 Hermitage La Chapelle down the sink minutes before your guests arrive.

Back in Oz, The Scarecrow eventually discovers he has a mind of his own. Like him, we begin by acknowledging our ignorance and build outwards from there. Trust me: the guy whose first taste of wine is 2000 Château Ausone isn’t going to be impressed, even if it did land 100 points.

Farther back still, in the Odyssey, Ulysses insists on being tied up, so even though he can hear the Sirens’ chorus he can’t break free and swim across to join them.  Online, we are subjected to a cacophony of pressuring voices, promising that they can short-circuit us past the flops. Don’t believe them.  Parker and Dorothy are special, born with the good sense to call out the posturing and seductions of critics and the wizard for what they were. The rest of us are going to need to find a rope and a mast.

Photo by Felipe Correia and Unsplash