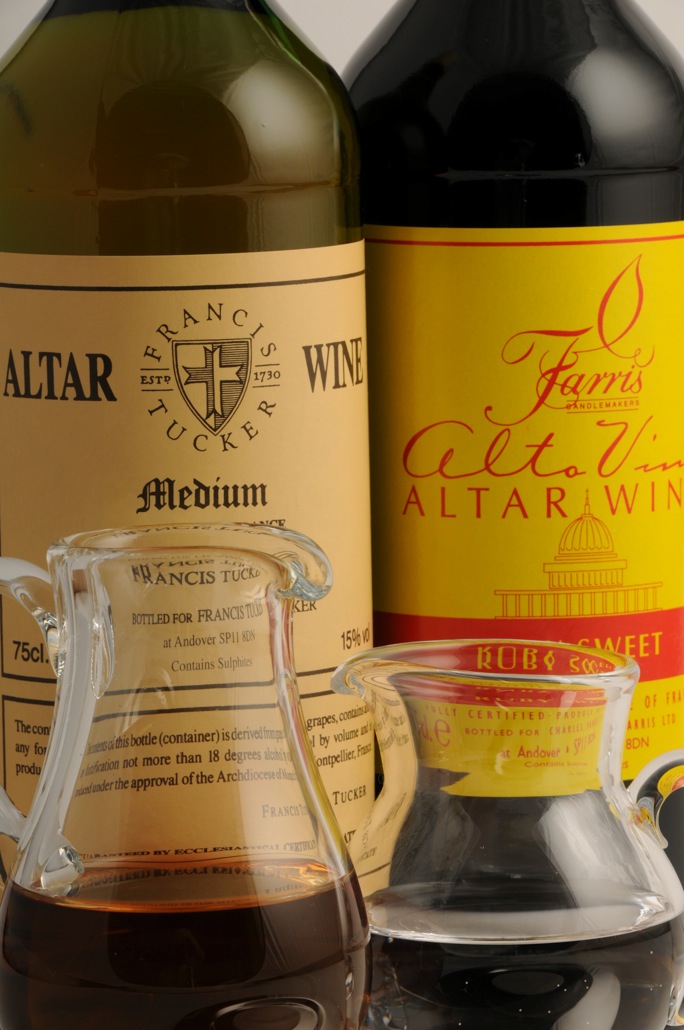 If Jesus had chosen something other than the fruit of the vine for his followers to worship him with, today’s wine lovers might have a harder time indulging their hobby. You might have to meet up with a mate of a mate in a pub car park to collect a few bottles made from hydroponically grown grapes. Failing that, you’d have to take a walk through the dodgier part of town, listening out for a shady bloke whispering ‘French red’ or ‘Italian gold’.

Thanks to the spread of Christianity, however, and its ritual of the Eucharist (the sharing of consecrated bread and wine by believers), wine has been cultivated over the centuries by monks and spread around the globe by missionaries. Although it contains a mind-altering substance, the ritualistic role it was assigned in society has no doubt helped keep it legal. Without religion, New World wine would barely exist. Though the secular wine lover owes a debt of gratitude to Christianity, there is one style that it keeps all to itself: communion wine.

Communion wine is made in a variety of different styles. It can be made anywhere in the world, but has to be made from unadulterated grape juice that has been blessed. Some wineries specialise in it, but others make it in addition to the rest of their production. Either way they have to have the bishop round once a year to check it is being made correctly: “The wine must be natural, made from grapes of the vine, and not corrupt” according to the Code of Cannon Law of the Catholic Church. Fortunately for Frank Buck, this doesn’t mean it needs to be a natural wine; just that no flavourings or preservatives are added (apart from sulphur, which is permitted).

Most communion wine sold commercially is fortified however to help it remain in good condition after opening; it’s only used once a week after all. The rules state that it can only be fortified with grape spirit, and this has to take place during fermentation (so more like Port than Sherry), and to no more than 18% ABV. The resulting wine can be either sweet or dry depending on the taste of the vicar and his flock; a great way to piss off your congregation, I’m reliably informed, is to change the communion wine without consulting them first. There’s only one style no producer seems to make and that’s sparkling; a glaring gap in the market.

It also comes in different colours: red, white or amber. Since Catholics believe in transubstantiation, in other words the wine actually becomes the blood of Christ during the Eucharist, you’d think they’d opt for the red version. But speaking to John Hopthrow of candle maker and church suppliers Charles Farris, ironically they more often go for white. Anglicans believe that the wine only represents the blood of Christ, but conversely they more often go for red. The popularity of the white style is thanks to a rather mundane benefit: it is easier to wash out of church furnishings.

The wine is almost always watered down to some extent before use, usually around two-thirds water to one-third wine; again, it depends on the denomination. Some, like the Baptists, don’t use wine at all but pasteurised grape juice. Members of the Armenian Rite however drink it entirely undiluted. I know which one I’d join.

The fact that the sacrament contains alcohol occasionally causes problems. A friend of mine knows a priest who worked in Dubai for many years, and had to resort to grape juice because getting hold of wine proved too tricky. It can also pose problems for recovering alcoholics. In 1974, Catholic bishops were permitted to allow priests that had been treated for alcoholism to use grape juice instead of wine: but this was revoked in 1983. This is not ideal, as the priest needs to down any remaining wine in the chalice at the end of the service (partly to stop Satanists getting their hands on it, I’m told).

Most traditional chalices are made of silver due to its slight antiseptic properties: no bad thing if it is being shared around a large group. The Orthodox Research Institute says this isn’t a big worry though: “From a purely experiential perspective, every chalice on Sundays is consumed in its totality by the priest, after several mouths have communed from it. No priest, including the writer of this column, has ever become ill or incapacitated after consuming the Holy Gifts.” Sharing a chalice is just one way that it is consumed by the congregation. The wine can also be dripped onto the palm, have bread dipped in it and shared that way, or be sipped through a silver or golden straw called (somewhat unfortunately) a fistula.

A bottle of communion wine will set you back typically around £7. Alan Matthews is General Manager of Charles Farris and he confirms that there is nothing to stop you buying it to drink at home. Although “perfectly drinkable” however, he isn’t aware of any customers buying it for pleasure. You’d probably give me a funny look if I turned up to your party with a bottle of Sanctifex Golden Dry under my arm. I bet you’d have a little sip though – just to see.

NV Poterion Fairtrade Communion Red Wine (15%, Western Cape, South Africa, £7.50)
Fortified Cabernet Sauvignon, 100g residual sugar, certified organic. Plain ruby red, perhaps not as clear as it could be. Spicy plum and sultana notes on the nose and a smudge of volatile acidity. Sweet, with slightly jagged acidity and a simple stewed plum fruitiness on the finish that fades quite fast. Somewhere between a Banyuls and a ruby port in style. 81 points.