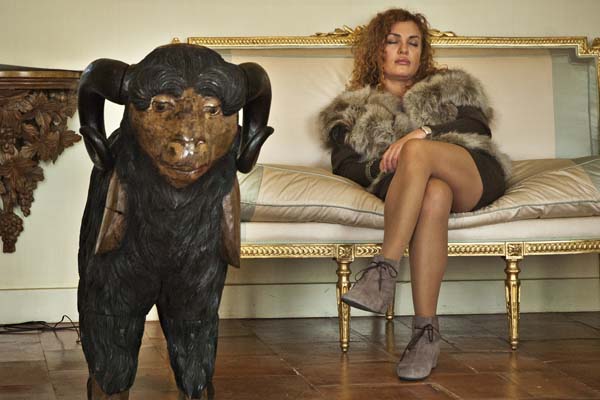 In 2012 I won a bottle of Mouton Rothschild 1996 in a writing competition. When we moved house last year I didn’t trust the movers with it so I wrapped it up in layers of bubble wrap and carried it myself. Since then it has been sitting under the stairs looking for an excuse to be opened. Last month I learnt that my book will now be published so I invited my parents over for a celebration. It seemed as good a time as any especially as the cupboard under the stairs is too warm for long term wine storage. That was when the worrying started: I worried that it might be a bit young; Jancis Robinson recommended not opening it until 2015; I worried that I might drop it; I worried about what sort of food I should have with it – my wine books said lamb or beef but my wife is off the lamb and my mother doesn’t eat beef. I worried so much that I almost gave up on the whole thing. Eventually I pulled myself together, went to the butchers and bought a loin of pork.

While it was roasting, I gingerly opened the bottle, poured myself a tiny glass and had a sniff. It smelt extremely powerful and worryingly, very oaky. Had I opened it too early or perhaps I just wasn’t going to be to my taste? I decanted it, kept the sediment to make gravy and put the decanted wine in the fridge to cool slightly. Meanwhile I washed the delicate Riedel glasses that I never use as the last time I did I broke one.

How could a wine that I had approached with such reverence fail to be a disappointment? I sat down with my parents and my wife and took a sniff. It smelt wonderful, fruit, tobacco, perhaps something roasted such as coffee or meat (or maybe that was the pork), very powerful but harmonious. Harmonious was the word that came to mind when I tasted it too. It was at a beautiful stage: still stuffed with youthful fruit but with lots leathery mature notes. Best of all were the tannins which just gripped at the end to let you know that this was a wine you should respect. I actually can’t imagine a better wine or indeed a better gravy. I’ve drunk expensive wines before but normally too young or whilst being jostled by enormous rugby-playing bankers. After the bottle was gone and we’d opened something else that could only be a disappointment my wife said, let’s only drink Mouton-Rothschild ’96 from now on.

But of course we could never afford it. Bordeaux which used to be the wine of British professionals has become incredibly expensive, suitable only for oligarchs and hedge fund managers. The price of every new vintage is treated with gasps for incredulity from the wine press and now the trade too. Still I had a look online to see how much a bottle would cost and the answer was £290 from Four Walls Wine Co. Well that’s a lot of money but is it really that expensive? The odd thing is that the prices of most mature vintages haven’t kept up with the younger wines. Mouton ’96 is actually cheaper than the 2009 (£881.40 from Hedonism wines). If I was wealthy, not crazy rich but quietly prosperous, a lawyer perhaps or a surgeon, I’d be happy to splash out on the ’96 a few times a year.

The whole evening consisting of the Mouton Rothschild, the pork, some cheese, strawberries and a bottle of sherry came to about £320. The combination of the company, the wine, the food and occasion made it about the best meal I’ve ever had. Imagine if the four of us had eaten out in London at somewhere good but not especially fancy such as Racine in Knightsbridge. That could easily cost £320 and that’s with something very modest to drink.

Now compare it with the theatre, or the opera – a seat in the stalls at Covent Garden starts at £154, or live music – Glastonbury tickets cost £210 and then you need to spend at least that again on pharmaceuticals to make the camping experience bearable. When you compare mature Bordeaux with almost anything else it suddenly doesn’t look that expensive. And the wonderful thing about Bordeaux is that it’s not unpredictable like Burgundy. I often hear stories about people opening that treasured bottle of Volnay only to be disappointed. With a good chateau from a good year such an experience is unlikely. It sounds a crazy thing to say but compared with most of the finer things in life First Growth Bordeaux is a sensible choice.

You can pre-order a copy of Empire of Booze – a history of Britain told through drink here.