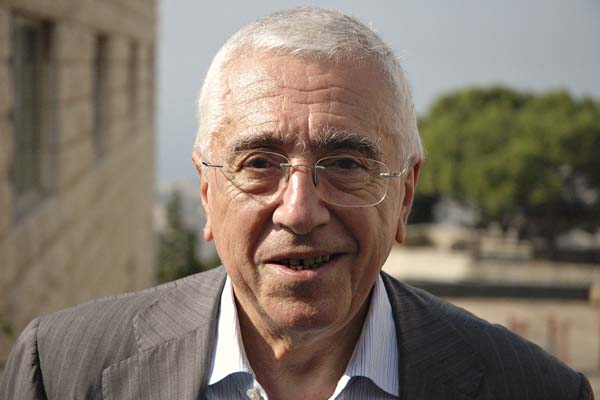 It’s highly unlikely that Dave West, the former barrow boy who created Eastenders in Calais, and Serge Hochar of Lebanon’s Château Musar ever met. The former didn’t strike me as the sort of bloke who visited Lebanon on his holidays, while the latter was more likely to drink Château Beychevelle than the Dog’s Bollocks, West’s best-selling wine brand.

In short, they were very different. Hochar was a trilingual winemaker of sophisticated tastes; West was a cockney geezer who liked to “large it” in a pink suit. But for all that, they had things in common, not least an ability to appreciate the less serious side of life. They were both extremely successful. West supplied cross-Channel booze cruisers and white van men, amassing a fortune of £100 million before he moved to Mayfair, while Hochar ran Lebanon’s best loved winery and was widely respected for his bravery as much as his wines.

I knew both of them reasonably well and I like to think they would have got on, partly because both of them took people at face value. Now we shall never know. West was found dead before Christmas, possibly murdered by his son “little” Dave; Hochar, more glamorously but equally tragically, died in a swimming accident in Acapulco on New Year’s Eve.

West was a classic entrepreneur. He saw a gap in the wine (and beer, cigarette and liquor) market in the late 1980s because of the vast discrepancy between UK and continental European duty. He started out selling booze from a tent and, despite opposition from the local town council, established himself as one of the UK’s most famous ex-pats. Even the French riot squad couldn’t get rid of him.

Journalists loved West because he always gave good copy. Flanked by a particularly fierce Alsatian – “don’t make eye contact with the dog,” he once told my wine writing colleague, Richard Neill – he kept a sawn off shotgun under the counter, just in case. West brought a bit of Romford market to the Channel ports. Union Jacks fluttered outside his warehouse and there was a British Bulldog cartoon of the man himself on the wall. “Speak French?” he once asked me with a cigarette dangling from lip. “I can’t even speak English properly.”

How did he make his pile? West’s answer: “I specialise in buying from people who have cash flow problems.” He was certainly a smart businessman – something he put down to his costermonger background – but he was also interested in wine. “I’m not expert,” he said, “but I know what’s drinkable, especially at the cheaper end.” You could argue that West was a discounter in the best traditions of Aldi and Lidl. He knew what his customers liked, too, inventing brands such as Lovely Bubbly, Vinocolapso and, of course, the Dog’s Bollocks.

Serge Hochar was a showman too. Just like West, he loved an audience, no matter how small. I met him on several occasions over the years, but only visited his winery near Beirut once. He welcomed me at the door with that inimitable, gap-toothed smile. “Our motto is to be happy,” he said. “Wine is not serious. If you take it seriously, you must leave now.”

I didn’t leave, of course. Who would when you could listen to Hochar’s fascinating story? He made wine at Musar for the first time in 1959 “without a clue” before spending two years in Bordeaux studying oenology and falling in love with the wines of St. Julien. It was all the inspiration he needed.

For someone who was a trained winemaker, who had studied under the legendary Professor Emile Peynaud, Hochar was indulgent when it came to faults. His reds often displayed high levels of volatile acidity, as well as Brettanomyces, but he never seemed to care. “What I do, I do it my way,” he told me. “I like Brett and I believe that volatile acidity helps my wines to age.”

Consumers loved Château Musar and were unfazed by what professional wine critics sometimes frowned upon. The wines were always idiosyncratic and sometimes brilliant, as much by luck as by judgment, I suspect. The 1961 and 1974, which I sampled in a mini vertical tasting at the winery, were both incredible wines, closer to mature Burgundy than claret.

Hochar was better known abroad than he was in Lebanon, but he helped to focus the world’s attention on his native country’s wines, even if the Musar story sometimes overshadowed what else was going on there. To most people, Hochar was Mr Lebanese Wine, a man whose celebrity transcended the local wine industry. Famous for making wine in a country that had suffered invasions and a long civil war, dodging the shells and bullets to do so, he was the subject of a Guardian editorial when Lebanon was at war with Israel in 2006.

In their different ways, West and Hochar were pioneers. They had the guts to do what they believed in and – however much they courted publicity – were capable of laughing at themselves. It was a pleasure and a privilege to know them both.