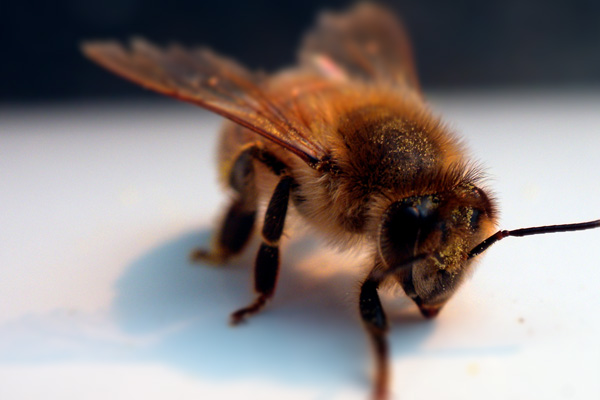 To the uninitiated, harvesting grapes can seem like a lot of fun. What could be nicer than walking, secateurs in hand, down a row of fruit-laden vines, with autumn sunshine dappling your face and the chatter of your fellow pickers in your ears? Er, roughly a million things, as it happens. I’m sorry to have to tell you this, but the reality of a harvest is very different to the bucolic idyll: more often than not, it’s laborious, tedious, spine-straining work.

I’ve picked grapes twice in my life: once in Burgundy and once in California. And on both occasions, osteopaths made an awful lot of money out of my experience. That’s why I feel so sorry for the harvesters at Château d’Yquem in Sauternes. The harvest at the world’s most famous sweet wine property can last as long as two months; in 1978, they were still going on 8 December. Most vineyards are harvested in one go, but at Yquem the pickers visit the same row of vines as many as 15 times.

The idea is to pick the grapes, berry by expensive berry, at the optimum moment of ripeness, preferably when they are affected by something called noble rot or Botrytis cinerea. This unsightly grey fungus is the key to many of the best sweet wines, concentrating their sugars, flavours and acidity levels by dehydrating the grapes. It looks disgusting, but boy, does it produce some delicious wines.

Semillon is the grape behind this nobly rotten elixir. In fact, it is the dominant variety in most of the sweet-wine areas of southwest France and is nearly always blended with other varieties, such as Sauvignon Blanc or rarer Muscadelle. Sauvignon is added to bring acidity and verve, while Muscadelle is the most perfumed of the trio. It is possible to find sweet wines made entirely from Semillon, such at Château Climens and Doisy-Daëne, but these are rare exceptions.

The best dessert wines are made in Sauternes and Barsac, although you can find some good wines in other areas, most notably Château Cérons (in Cérons, believe it or not) and Château Theulet in Monbazillac. A list of my favourite producers would include Château Climens, Rieussec, Suduiraut, La Tour Blanche, Rayne-Vigneau, De Farges, Doisy-Daëne, Doisy-Vedrines and (when someone else is paying) Yquem. Actually, by the standards of the world’s great wines, the price of Sauternes is pretty cheap, I’m not suggesting you pour 2009 Château Guiraud, Asti Spumante-like, over a bowl of strawberries, but at £35 a bottle, this delicious Sauternes is comparatively affordable.

Not all Semillon is made in a sweet style, even in Bordeaux. Sauvignon Blanc usually dominates the area’s dry white wines, but there are examples, such as the celebrated Château Haut-Brion Blanc, where Semillon has the upper hand. The grape’s fatness combines well with the flavours of oak and can add texture and weight to a blend.

The grapes’ split personality (dry or sweet, depending on how it’s produced) makes it a good match with food. Dry examples can taste grassy and almost Sauvignon Blanc-like, especially when young, although the variety has lower levels of acidity than the grape of Sancerre and often displays a give-away herbal character. Dry Semillons, even older New World styles, work well with salads, white meat and fish dishes. The sweet stuff is best served with cheese (blue cheese is a classic pairing), strawberries, lemon tart, summer pudding or crème brûlée.

Semillon is grown in many place – Australia, Washington State, South Africa, Chile, New Zealand, Uruguay, Japan, Croatia and Spain. Of these, the sources with the greatest pedigree are Australia, Washington State, California and South Africa although New Zealand, Chile and even Uruguay have shown potential with the grape. As in Bordeaux, Semillon is often blended with Sauvignon.

With few exceptions, the Semillons produced in these areas are dry. This is decidedly not the case in Australia, Semillon’s major New World stamping ground. Here so-called ‘stickies’ can be superb. The Riverina region of New South Wales has a humid climate that promotes botrytis naturally in most vintages. Excellent examples are produced in Margaret River and the Eden, Barossa and Clare Valleys. The top producers are De Bortoli (whose Noble One is arguably the best sweet Semillon outside Bordeaux), Yalumba, Tim Adams, Château Xanadu and d’Arenberg.

Australia makes dry Semillons, too. Indeed, it could be argued that mature Semillon is one of the country’s greatest wine styles, a counterpart to Shiraz. The most famous Semillons come from the Hunter Valley to the north of Sydney. The wines are fairly neutral when young, but develop delicious flavours of wax, honey and toast in bottle. McWilliams, Brokenwood, Rothbury Ridge and Tyrrell’s made the best-known Hunter Semillons.

Semillon does well elsewhere in Australia. The wines produced outside the Hunter Valley tend to have higher levels of alcohol and are sometimes aged or fermetned in oak. They mature earlier than the Hunter Valley examples, but can still be delicious at two to five years old, showing flavours of citrus fruit, apricots and melons and a good helping of vanilla oak. Names to look out for are Peter Lehmann, Moss Wood, Mount Horrocks and Vasse Felix.

In a country where most grapes are picked by machine, it’s no surprise that the winery rather than the vineyard should be the focus of attention in Australia. Botrytis-style Semillon, which requires careful handling, is an exception. But there are limits to an Australian’s patience – however hard I try, I can’t imagine the guys from Riverina going back to the same vineyard for the 15th time.