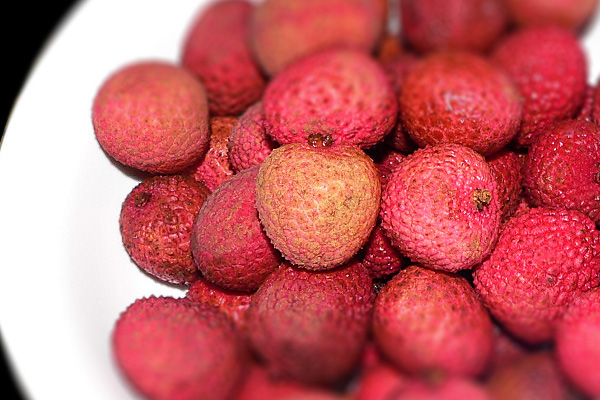 On my first visit to Istanbul, I spent a fascinating, if expensive, afternoon amid the colourful madness of the Grand Bazaar. There were slick performances from salesmen offering ‘big cheapness’ in the bazaar’s dark alleyways, and by the time I staggered back to my hotel, I’d bought an overpriced carpet, a leather jacket and enough Turkish delight to last me a decade.

Certain grapes are hugely evocative for me; Gewürztraminer is a case in point. One sniff of Gewürz and I am transported back to that Grand Bazaar and my over-enthusiastic purchase of all that Turkish delight. Gewürz is arguably the most highly scented grape of all – some tasters consider its exuberance a little coarse and unsubtle, like cheap perfume, which makes it a gift in a blind tasting. Stick your nose in a glass of this easily identifiable white and, depending on your point of view, you will be charmed or assaulted by aromas of lychees, face cream and rose petals. Oh, and memories of Istanbul and Turkish delight. As you’ve probably gathered, it’s the original love-it-or-loathe-it grape.

Gewürz is nothing like as well planted as Chardonnay, Sauvignon Blanc or Chenin Blanc, but it still gets around the globe. You can come across its tell tale pong in Chile, Argentina, California, Oregon and Washington, Canada, France, Italy, Spain, Switzerland, Hungary, Austria, South Africa, Romania, Bulgaria, the Czech Republic, Slovakia, Russia, Australia and New Zealand. Not bad for a grape that one well-known Master of Wine dismissed as ‘something out of a tart’s window box’.

The origins of Gewürz or Traminer as it is sometimes called, are confusing. Some grape scientists, known as ampelographers in the trade, think that it’s the same thing as a little-known variety call Savagnin Rosé; others argue that the two are different. What’s more certain is that Gewürztraminer originated in what is now the Italian Alto Adige region in a village called Tramin. From there, it spread to Germany and finally Alsace in France. Somewhere along the way it picked up the prefix ‘Gewürz’, the word for spice in Germany. Even today, producers in Germany use the two words, Gewürztraminer and Traminer, to describe two different styles of wine, the former being spicier and more aromatic than the latter. They call the grape Klevner.

Gewürztraimer is more diverse, stylistically speaking, than its detractors would have you believe. Its aromas are pretty constant from bottle to bottle, although they vary in intensity, but Gewürz can be sweet, off-dry or dry, light, medium or full-bodied on the palate. Most good and great Gewürztraimers are rich, heady and even oily. There’s also, as you’d expect, a certain spiciness to Gewürz. The grape has naturally low levels of acidity, so when it’s really ripe and unctuous it can produce wines that are very plump. Imagine being force-fed a packet of marshmallows and you get the idea.

For some people, its low acidity make Gewürz a difficult grape to match with food, although dry examples are excellent with Chinese and Thai dishes. In Alsace, the locals drink dry Gewürz with onion tart, poultry, pâtés and smelly cheeses, such as Munster, and serve much sweeter Vendange Tardive and botrytis-affected Sélection de Grains Nobles wines with pastries and desserts. Lighter styles of Gewürz, such as those produced in Italy and Central and Eastern Europe, can make very pleasant aperitifs.

The origins of Gewürtztraminer may be Italian, or Austrian if you prefer, but the place where the grape performs best is Alsace. Even here, though, in this prettiest of French wine regions, it is not the dominant grape variety (it has around 18 per cent of plantings), but is highly valued by top producers such as Kuentz-Bas, Trimbach, Ostertag, Zind-Humbrecht, Rolly-Gassman, Schlumberger, Weinbach, Kreydenweiss and the Turckheim cooperative.

The region’s best sites – its Grands Crus – can produce some incredibly intense wines, despite the grape being difficult to grow in the vineyard, where it needs careful handling to restrain yields and retain balance in the finished wine. Track down a bottle from the Hengst, Altenberg, Schlossberg, Kitterlé and Kirchberg vineyards and you’ll see what I mean.

Being about as fashionable as an Afghan coat, Gewürztraminer is not easy to sell, so plantings are in decline in most producing countries. After Alsace, its leading European origins are Germany (particularly the southerly Pfalz and Baden regions), Hungary, Austria and Italy. Of this quartet, Austria makes the best wines in Burgenland, Styria and the Thermen region. Names to look out for include Gross, Stift Klosterneuburg and Kracher. In Italy’s Alto Adige region, excellent dry Gewürz is made by Franz Haas, Hofstätter and Elena Walch, whose Kastelaz is one of the best dry whites in the country. Germany’s best producers are Laible and Männle. And in Hungary, the wines from the ultra-modern Neszmély winery are worth a punt.

Moving out of Europe, Gewürztraminer is produced in all of the major New World Countries, but the three that stand out are Australia, New Zealand and, perhaps surprisingly, Chile. In Australia, the grape is often blended with Riesling in an off-dry style, although producers such as Piper’s Brook and Delatite make stand-alone styles. New Zealand has enormous potential as a source of Gewürztraminer, with Rippon, Dry River, Stonecroft and Lawson’s Dry Hills leading the way. An in Chile’s Pacific Ocean-influenced Casablanca Valley, Concha y Toro and Viña Casablanca makes a delicious dry white.

Other New World contenders include Oregon (Amity and Eola Hills) and, believe it or not, Canada. But, no matter where it’s from, with its aroma featuring a hint of Turkish delight, Gewürztraminer always takes me back to the Grand Bazaar.