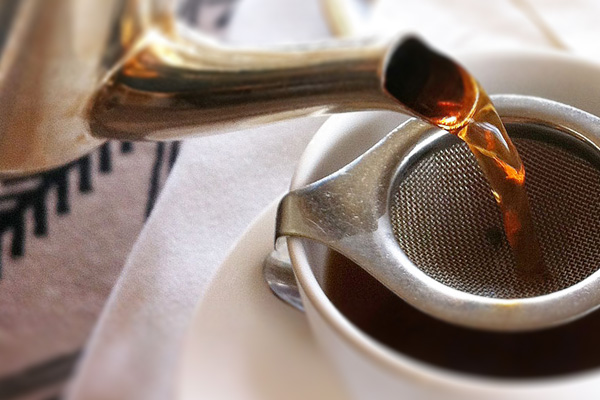 I’ve given up drinking tea on airlines. Sitting at the back of the plane in economy, I’m invariably served last and, by the time the tea gets to me, it has the consistency and colour of estuary mud. I have similar feelings about cheap red wines, which leave your gums feeling as if they’ve been gone over with a power sander.

Over-stewed tea and rotgut red taste astringent for the same reason: an excess of hard tannin. Tannin is an essential component in red wines, especially those that are intended to age, but winemakers have to be very careful not to extract too much by macerating a wine for too long or at too high a temperature. Tannin lends structure to wine, but it can easily become a cage that incarcerates fruit and flavour.

Wine tannin comes from two main sources: wooden barrels and the skins, seeds and stems of grapes. (It is sometimes added in powdered form, but this is pretty rare). Different grape varieties have different natural tannin levels, ranging from Gamay and Pinot Noir at one extreme to Nebbiolo and the appropriately named Tannat at the other. It’s possible to produce a strapping Beaujolais, just as it’s possible to produce a wimpy Barolo, but you’re going against the grape’s natural inclinations.

White wines, incidentally, have far lower levels of tannin than reds, partly because they’re fermented without their skins and stalks. Tannin in white wine is more likely to come from wood maturation. The tannins in oak (commonly used for top-quality reds and whites) are much more intense in a new barrel, especially if its staves have been heavily ‘toasted’ by the cooper. After five years’ use, a barrel will contribute very little in the way of tannin or flavour.

Tannin is a personal thing. Some people find all red wines too astringent, while others are happy to drink chewy Cabernet Sauvignons straight from a new barrel. To a large extent, it depends on what you’re eating with the wine. Cheese and red meat work well with powerful, structured wines because they can soften their tannin; a slice of green apple will have the opposite effect. Italian red wines, often perceived as bitter by Francophiles, nearly always taste better with food. This is even true of the grub they serve on airlines – provided you stay away from the tea.