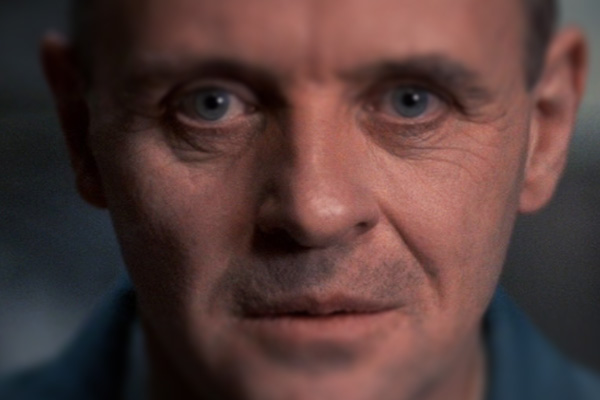 ‘Welcome to the home of the fiasco,’ said the sharply suited Italian. Strange things have happened to me in wineries over the years – my favourite was a board outside a mock Napa Valley homestead with ‘G’day Tom Atkinson’ written in flashing lights – but this was a classic. ‘Your wines can’t be that bad,’ I said. After a few minutes of mutual incomprehension, my host at Melini explained. The fiasco he was referring to had nothing to do with wine quality. Fiasco is the Italian word for those wicker-clad bottles you see hanging from the ceiling in third-rate trattorias.

For wine drinkers of a certain age, it’s the English word fiasco that sums up their first memories of Sangiovese. If you were rash enough to drink basic Chianti in the Seventies, you rarely went back for a second taste. Sangiovese, the grape variety that dominates central Italy’s vineyards, has already produced a handful of great wines in Montalcino and the ‘Chiantishire’ hills around Florence, but 40 years ago, the grape’s reputation was so low as to be subterranean.

Hit the fast-forward button to 2020 and Sangiovese is one of the world’s trendiest grape varieties, responsible for wines whose prices can rival those of top Burgundies and Bordeaux. You knew its moment had come when it featured in The Silence of the Lambs. Anthony Hopkins’ serial killer, a gourmet as well as a cannibal, confesses that he ate a victim’s liver with ‘fava beans and a nice Chianti’. In the United States, sales of Chianti boomed.

How did a grape that was so poorly regarded become the stuff of Hollywood screenplays? The answer lies with the patrician figure of Piero Antinori, who took over his family’s Tuscan estate in the late Sixties and immediately set out to create a wine that would revolutionise Italy’s poor image. The first release of Tignanello, in 1971, was sold not as a Chianti (even though it conformed to the local regulations) but as a supposedly more lowly vino da tavola, or table wine. The Super Tuscan movement had been born.

Working outside the denominazione regulations gave Antinori the freedom to change the historical Chianti grape mix. He threw out the white Trebbiano and Malvasia and the red Canaiolo and replaced them with French Cabernet Sauvignon grapes, making up 20 per cent of the wine. The Sangiovese-dominated blend was aged in small oak barrels (another revolutionary step) and became an instant worldwide hit.

Unsurprisingly, this being Italy, Antinori created a fashion. By the mid-Eighties, every self-respecting Tuscan winery was producing an upmarket vino da tavola. The paradox was that while these wines often contained Cabernet Sauvignon, they did wonders for the reputation of Sangiovese, forcing a rethink of the denominazione rules (most Super Tuscans are now sold as IGT wines, the equivalent of French vins de pays). And, as prices spiralled, they showed that Sangiovese deserved to be considered a world-class grape.

There’s Sangiovese and Sangiovese, mind you. The grape is unusually sensitive to yield, vineyard site and clone. The worst examples can taste thin and astringent, with poor colour, very little fruit and a finish like stewed tea. The last decade has seen substantial replanting in Tuscany, however, as producers have introduced better clones and begun to treat the grape with the attention it needs.

At the top end of the market, the results have been spectacular. The best wines from Brunello di Montalcino (Biondi Santi, Poggio di Soto, Costanti, Talenti), Vino Nobile di Montepulciano (Avignonesi, Poliziano, Dei), Chianti Classico (Badia a Coltibuono, Castello di Ama, Felsina, Fontodi, Isole e Olena and Querciabella) and the Super Tuscan camp (Tignanello, Flaccianello and Fontalloro) are among the world’s finest. Lower down the scale, wines such as Sangiovese di Romagna and basic Chianti have improved, too, although entry point Sangiovese can still be rather grim stuff.

Like most Italian grapes, Sangiovese produces wines that are best drunk with food. This is especially true of Brunello, the most powerful and long-lived of the Sangiovese-based wines. Wherever it’s grown in Italy, Sangiovese has high acidity and dryish, slightly bitter tannins, both of which combine well with pasta and meat. It’s also good with pecorino cheese.

Sangiovese doesn’t travel too well, and has only recently started to notch up air miles around the globe. Italian immigration in the last century took it to Argentina, where Norton, Tittarelli and La Agricola make decent varietal wines. There is also, for some reason, quite a bit of Sangiovese in Romania. But more interesting are the Sangioveses emerging from Australia. These will never rival Aussie Shirazes for weight and exuberance, but the grape has started to attract the attention of Italophiles and second-or third-generation Italian immigrants. Coriole, Garry Crittenden, Primo Estate, Greenstone, Ravensworth and the Pizzini family produce the best wines.

There are also some good Sangioveses in California, where the grape is the darling of the self-styled Cal-Ital movement. Again, Piero Antinori was the innovator, planting Sangiovese in a beautiful isolated spot above the Napa Valley in 1986, although he subsequently grupped it up. Benessere, Swanson, Shafer and Seghesio have all shown that the variety has potential on the West Coast, as has Leonetti in Washington State, but American Sangiovese hasn’t captured the public imagination the way, say, Merlot has. I suspect most Americans would rather emulate Hannibal Lecter and drink a Sangiovese produced in Italy. Let’s hope they come up with their own food and wine pairing.