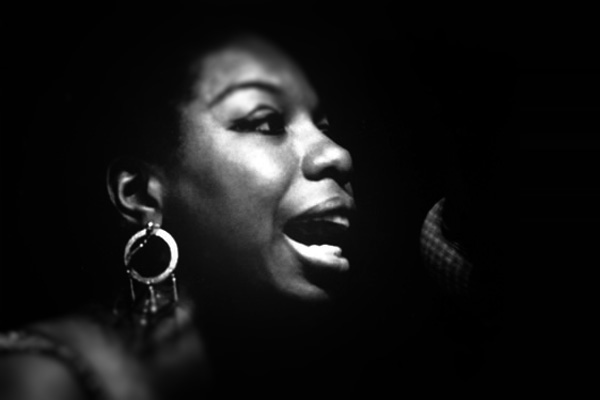 The legendary jazzman and humorist Ronnie Scott once introduced a concert at his London club with the following words: ‘Ladies and gentlemen, the last time this person played in London, a lot of people were very disappointed. Please put your hands together for Nina Simone.’ I watched Simone sing that night and she was brilliant, just as, a year earlier, she had been truly dire.

Don’t ask me why, but Nina Simone always used to remind me of Pinot Noir when she was alive. The variety of red Burgundy is a prima donna among grapes: thin-skinned and temperamental but, on a good day, capable of producing celestial music. And while we’re flogging this particular metaphor, let’s give it a few more bars: just like great divas, Pinot doesn’t like to travel, needs constant attention and is extremely volatile. Few grapes mutate as readily in the vineyard as Pinot does.

If Cabernet Sauvignon is all power and muscularity, Pinot is supple and beguiling. (If you were French, you’d be talking about male and female characteristics by now.) My view is that you can divide the world into Cabernet and Pinot lovers, or Pinotphiles, as we like to call ourselves. The first are traditionalists who like a reliable and, on occasion, fine bottle of wine, while the second are a rag-bag of hedonists and dreamers, who’ll put up with unreliability in their search for Pinot heaven. If Cabernet appeals to the head, Pinot appeals to the heart.

The grape’s principal stamping ground is Burgundy. Here, on a gently sloping strip of land known as the Côte d’Or, you will find some of France’s most celebrated vineyards and villages. Even people who have never been to Burgundy have heard of Clos de Vougeot and La Tâche, Gevrey-Chambertin and Vosne-Romanée. This last village is the home of the Domaine de la Romanée-Conti, producer of some of the planet’s most expensive and sought-after wines and the undisputed king of Pinot country.

Most of the great Pinots are made in Burgundy. The fact that New World winemakers go there to examine every last detail of Burgundian wine lore suggests they recognise this, too. For the time being, at least, there is something about great red Burgundy that no other country or region can replicate. No-one really knows why. Is it the limestone soil? Is it the climate? Is it the skill of the winemakers? Or is it a combination of these things? Whatever the answer, the wines from the likes of Roumier, DRC, Leroy, De Montille, Lafon, Fourrier, Sylvain Cathiard, Liger-Belair, De Vogüé, Clos de Tart and Denis Mortet are sublime. Burgundy is also one of the world’s great gastronomic regions, and Pinot is one of the few reds that performs equally well with fish and meat. Though the classic match is with bouef bourguignon, I love Pinot with baked salmon, lamb and especially game.

The problem with Pinot Noir in Burgundy, even more so than with Pinot Noir in other regions, is its unpredictability. As well as making some of the best Pinots, Burgundy makes many of the worst, especially in poor vintages, such as 2003 and 2008. Alarm bells should ring if you see anything with a famous name at less than £15 a bottle. However, it is possible to find drinkable generic red Burgundy (labelled as Bourgogne Rouge) at reasonable prices, especially from 2009 and 2010.

Pinot Noir has established itself in other parts of France, Europe and the New World with mixed success. In France, you can find decent examples of Alsace and the Loire Valley (masquerading as Sancerre Rouge). Pinot Noir is also one of the three grapes of Champagne (Pinot Meunier and Chardonnay being the other two), where it is valued by blenders for its flavour, structure and richness.

Pinot Noir is planted in Romania, Germany, South Africa, Chile, Argentina, Austria, Spain and Italy. But the only places that rival Burgundy as Pinot producers are Oregon, California, Australia, New Zealand and Germany. Did I say Germany? Indeed I did. Not many people know that the country has the third largest plantings of Pinot in the world, behind France and the USA. The quality is very good too, and has proved itself in international tastings. Names to seek out include Fürst, Ziereisen, Heitlinger, Becker, Thörle, Stodden and Meyer-Näkel.

Oregon is a second home for many Burgundians. One of their number, Robert Drouhin, set up his own domaine on the West Coast, and there’s always a good showing of Burgundians at the annual International Pinot Noir Celebration in McMinnville. Brick House, Domaine Drouhin, Antica Terra, Beaux Fréres, Eyrie, Ponzi and Chehalem are all names to look out for if you’re in the States.

Further down the coast, California has produced some very good Pinots, especially in cooler coastal areas such as Green Valley, Carneros, Anderson Valley and Russian River Valley. This being California, the top wines have price tags that compare with the top Burgundies, but there’s nothing wrong with a bit of ambition. Top producers include Saintsbury, Au Bon Climat, Calera, Williams Selyem, Flowers and Rochioli.

Australia used to do a very half-hearted job with Pinot, but in the past decade the results have been very impressive, with winemakers getting the best out of this most fickle of grapes in the cooler climates of the Yarra Valley, the Adelaide Hills, Tasmania and Geelong. The best producers are Bass Phillip, Ashton Hills, Bindi, Oakridge, Ocean Eight, By Farr, Ten Minutes By Tractor, Yabby Lake and Bannockburn.

New Zealand probably has more Pinot Noir potential than any other New World country. Visiting Wellington for Pinot Noir every three years, a celebration of this most enchanting of grapes, I have been increasingly impressed by some of the Pinots emerging from regions such as Martinborough, Marlborough, Waipara and Nelson. Watch out for wines from Ata Rangi, Fromm, Pegasus Bay, Mountford, von Schubert, Cragy Range, Escarpment, Martinborough Vineyards and Neudorf. Best of all is what is happening down in Central Otago, the most southerly wine region in the world. There’s nothing much between its beautiful mountains and lakes and the South Pole, but Pinot Noir seems to love the climate in these parts, if the wines produced at Felton Road, Rippon, Grasshopper Rock, Valli, Mount Edward, Mount Difficulty and Chard Farm are anything to go by.

Don’t be afraid to chill your Pinots, by the way. Served to too warm, Pinot can lose a lot of its trademark perfume. Incidentally, the great thing about Pinot, unlike Cabernet, is that you can drink it young. You might want to cellar a top Burgundy from a vintage such as 2005, but as it ages, it develops a very different set of flavours (leather and game are common terms), which may or may not be to your liking. A bit like Nina Simone when she was alive.