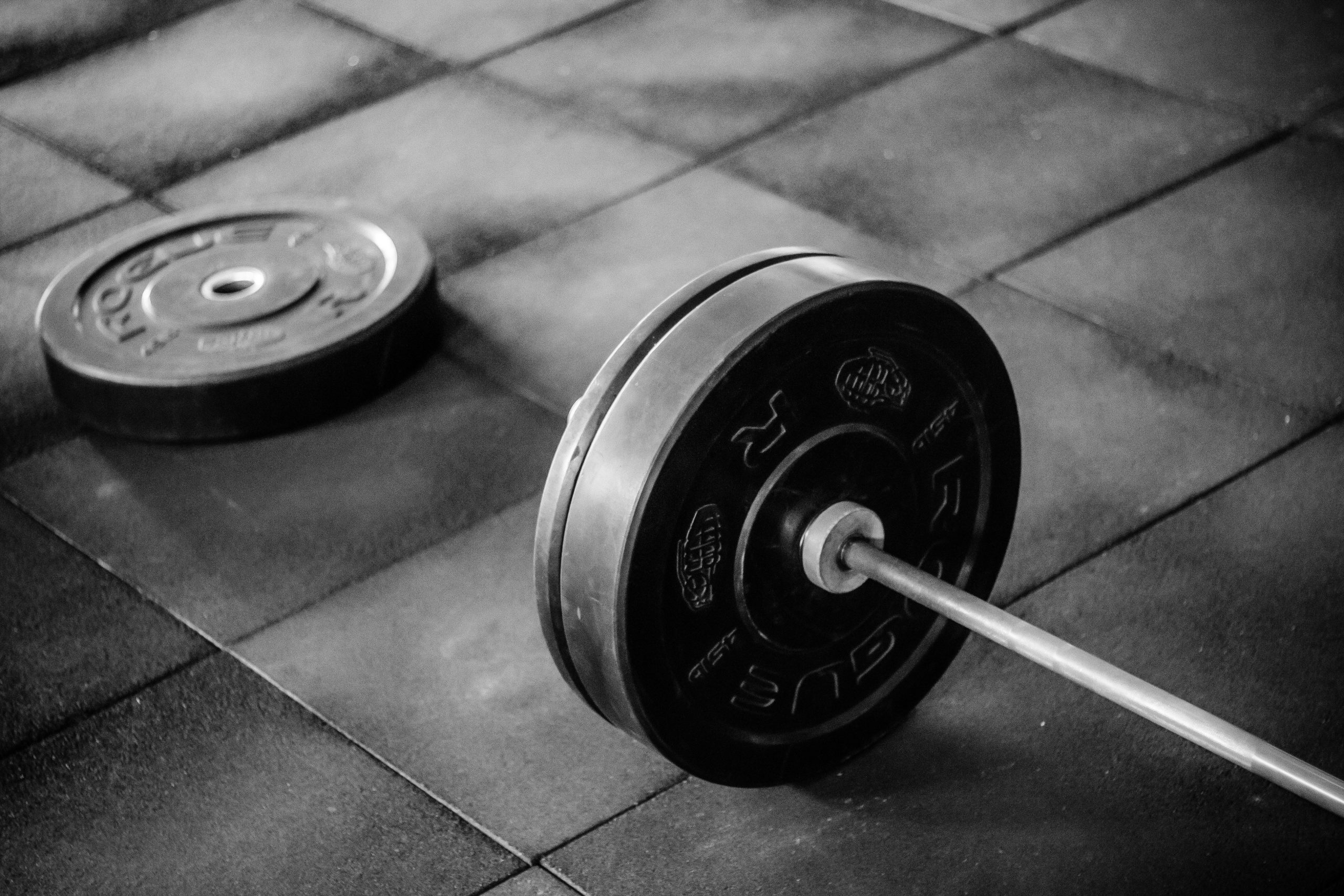 A petition addressed to ‘Wine Trade Associations’ written by Aleesha Hansel, and co-signed by Jancis Robinson, is asking for three steps to be taken in what, Hansel acknowledges herself, is a small action towards tackling climate change with wine:

Hansel’s intentions are undoubtedly good and, as for Jancis Robinson MW, she has campaigned against heavy wine bottles for years. Having strained my wrist many times on massive bottles when tasting or judging wines, I agree that there is room for reducing bottles’ weight.

Reading the petition prompted two questions. How did we get there? And what’s the best way to speed up the process of change that is already underway?

Glass has been the packaging of choice for wines for centuries whereas alternative packaging is a relative innovation and used to be strictly the preserve of entry-level wines. According to Wikipedia, bag-in-box was invented as recently as 1965. This state of affairs makes glass bottles aspirational and while top of the range wines remain exclusively in glass bottles it will be difficult to convince consumers that glass isn’t the gold standard, and by extension that heavier glass doesn’t necessarily mean better liquid.

A study, commissioned by Aldi in the UK, asked consumers to rate wines in terms of preference when associated with a heavy bottle (1,514g including content) and the same wines when associated with a light bottle (1,155g).  Respondents scored the wines from the heavier bottle higher than the light one (6.28 vs. 5.98) and when asked how much they would expect to pay for the wines, the figure was almost 40% higher for the wine from the heavy bottle rather than the light bottle (£14.50 vs. £10.50, respectively).

Dave McIntyre who supports the petition wholeheartedly, confirms the situation is identical in the US in a Washington Post article: ‘Wine Business Monthly, a trade magazine, published a survey last year showing use of heavier bottles, as much as 30 ounces, or about 850 grams, was actually increasing. Why? “The biggest obstacle to making the switch [to lighter bottles] remains the perception among U.S. consumers that a heavier bottle indicates better wine inside of it,” the magazine said.’

Wine producers and buyers want the glass to talk in the same way as it does in the perfume and the cosmetics industry. I am sure most women out there will be nodding along in agreement if I mention the ludicrously heavy pots some minuscule quantities of moisturisers are sold in and for vast amount of money too, Lush being the worthy exception.

Another factor is the consumers’ benevolent misapprehension of the industry that has served us well so far. The last IWSR Vinexposium survey states not only that ‘Sustainability in wine is still to gain consumer momentum’, but also that ‘55% of consumers think glass wine bottles are a sustainable form of wine packaging. 42% think wine is a more sustainable product compared with other drinks whereas only 35% think bag-in-box is a sustainable form of packaging for wine’.

Yet Rupert Joy writes in Decanter, ‘Glass bottles account for 29% of wine’s carbon footprint — the single biggest factor — and glass production + transport = 42% of the carbon footprint of bottled wine according to a study commissioned in 2011 by the Wine Institute in California’. Harpers also reports that, according to a 2015 paper published in the Internet Journal of Viticulture and Enology, glass bottles are responsible for the majority of a wine’s carbon footprint, followed at a short distance by cardboard boxes, electricity, and fuel. And a recent report commissioned by Finnish alcohol monopoly, Alko, confirmed the findings, claiming that glass bottles account for almost half of a wine’s total environmental impact (46%). The report also shows that alternative packaging such as 33cl aluminium cans and 1.5 litre pouches can reduce a wine’s CO2-per-litre emissions by 3.5 and 7 times respectively, when compared to a standard 75cl glass bottle (540g).

Jancis Robinson points out that although ‘nothing beats glass for subtle, complex wines designed to age for decades, but for wines that will be drunk within a few months (and according to some estimates 90% of all wine bought in the US is consumed within 24 hours), glass may be considered a heavy, fragile waste of resources.’

How do we change consumers’ perception though and break the deeply ingrained connection between perceived quality and extraneous packaging?

I fear that asking wine writers to include bottle weight in their reviews without explaining why, may end up being as blunt an instrument and ultimately as meaningless as the traffic light labelling system on food packaging. Yet including an explanation in every single column is unfeasible considering the strict word count limits write writers must adhere to in the lifestyle press.

Another issue is that editors of newspapers and lifestyle magazines have a different agenda. Their aim is to ensure the column is read and pleases the intended audience. Will they allow, let alone condone, mentions of bottle weight which the consumer may find irrelevant at best and irritating at worst?

Dave McIntyre writes, ‘I’ve been reluctant to list bottle weight because I wasn’t sure the information would be meaningful to readers. But as I reviewed the data Hansel presented in support of her petition, I became convinced. Change has to come from us — you and me, as consumers — if only because the industry uses us as an excuse for heavy bottles.’

I don’t think it does. It simply gives consumers what they want, something that helps them differentiate products in the wall of wines. I recently spent £21 at my local wine merchant on a bottle of Tikveš  Barovo, a blend of two indigenous Macedonian grapes, Kratoshija (no, me neither), and Vranec. I’d gone in there in search of Louro Godello and, you know, I browsed. Would I have picked up the Barovo if its 900g+ bottle hadn’t stood out on shelf? Probably not.

Also, with all due respect to wine writers – please note that as a part time PR, this is where I commit career suicide – they have limited influence on how producers decide to package their wine. Jancis, admittedly, is up there, which is, I suspect, why she’s taken the lead on this initiative, possibly exasperated by what she may have perceived as an amorphous reaction to her softer approach.

The petition is directed at ‘Wine Trade Associations’. I read that as wine producers. Wine producers are on the frontline. They are the first to experience the impact of climate change and a hell of a lot of them have been taking mitigating and corrective action for years. I was judging The Drinks Business Green Awards recently and some wine companies’ green initiatives are beyond impressive. I can’t name them as the results aren’t out yet but take my word for it. I regret that this was not acknowledged in the petition.

In my book, and I may be influenced by my earlier years selling wine, the power is with the gatekeepers. Should buyers refuse to list wines in super heavy bottles, the problem would sort itself out pretty quickly. And in my experience, buyers sometimes request or used to request heavy bottles from their suppliers in order to create a point of difference on shelf.

I wish the petition had been directed at them even though it has to be said that some retailers are not only aware but have been actively working to reduce bottles’ weight for years. Marks & Spencer and Waitrose come to mind, as does the Wine Society, which has just pledged to be carbon neutral by 2028 and zero carbon by 2040. What they are planning is exactly the right approach i.e. ‘sharing environmental best practice among its producers, helping Society members understand the environmental impact of its wines and reducing all packaging to the minimum and committing to ensuring all packaging is easily recyclable. According to head of buying Pierre Mansour, it is also considering introducing a scorecard for the carbon footprint of each wine it sells.’ Way to go even though some of the Twitter comments on this announcement show what an uphill battle they’re facing.

Ed Robinson, Co-op Wine Buyer, is halfway there, as reported in Decanter: ‘If consumers began boycotting absurdly heavy bottles, it would be a good start.’ Yep, but they won’t do that without help and information, help and information that supermarkets and wine retailers are best placed to offer at the point of purchase and on their websites.

It looks like it is happening in Canada already. Dave McIntyre in his Washington Post article reports that,‘the Liquor Control Board of Ontario announced this year that as of 2023 it will no longer purchase wines packaged in bottles weighing more than 420 grams, or 14.8 ounces. The ban applies to wines priced below 15 Canadian dollars (about $12), but the agency said it would consider bottle weight in all wine purchases.’

As for the SAQ, La Presse reported a similar initiative as early as 1992, admittedly driven then by a cost-cutting exercise. It worked though and prompted big names like Zuccardi, Mouton-Cadet and Kim Crawford to opt for lighter bottles in order to protect their listings.

A final issue which needs resolving is what exactly we call heavy. Jancis Robinson writes on her website, ‘Nearly 1 kg wine bottles are unjustifiable.’  In a tweet she puts her threshold at 600g for fine wine but reiterates it should be much less for everyday wine. For reference the heavy bottle in the Aldi study weighed in at 764g and the light one at 405g. But what is more justifiable? A £9.99 supermarket Malbec in an 600g bottle that will sell hundreds of thousands of bottles and may be perceived as fine wine by some consumers or a collectible wine costing ten times as much in an even heavier bottle but selling a fraction of that volume to a limited audience? I haven’t got the answer.

As for recycling, rates may be embarrassingly low in the US but that isn’t the case everywhere. In France, the Responsabilité Élargie des Producteurs (REP) was passed into law in 1992. It means any manufacturer of packaged household goods are responsible of the disposal of their packaging. In practice they pay a levy to recycling companies such as Adelphe for wines and spirits. The result is that 85% of all glass packaging was recycled in France in 2020. In this instance, it is governments, central and local, who can make things happen, not wine writers.

I’ll finish with a slight biblical barb. You can take the girl out of the church but you can’t take the church out of the girl. ‘Thou hypocrite, first cast out the beam out of thine own eye; and then shalt thou see clearly to cast out the mote out of thy brother’s eye.’ Matthew 7:5. Those of us earning a living from wine and flying around the world to do so without ever getting our hands dirty strike me as ill-placed to lecture those who make wine and experience every day the impact of climate change and, in most cases, already do their best to address it.

Indeed returning to the twenty-first century, @ADHalliwell points out on Twitter that ‘the CO2 footprint difference between a light and a heavy bottle is approx 150g. One person flying economy return from London to Cape Town produces about 2,500 kg CO2, equivalent to 17,000 heavy v. light bottles. Worth remembering for all those who travel in the name of wine.’

Photograph by Victor Freitas and Unsplash