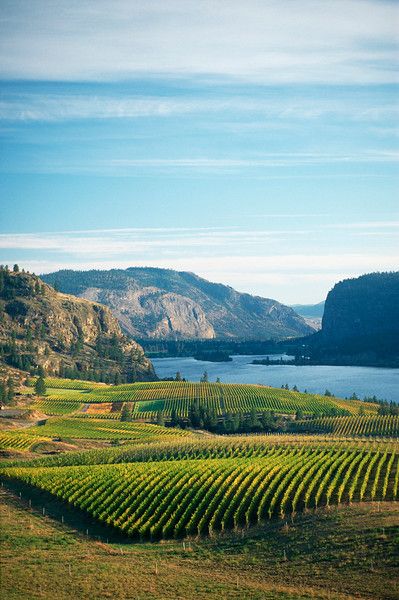 I wonder how many people buy themselves a second bottle of sparkling Icewine. Fun to try once, but it can feel a little bit… gimmicky. Let’s face it, who even buys much normal Icewine? For better or worse, it’s the wine for which Canada is best known. But perhaps not for much longer.

Norman Hardie has been making impressive Chardonnay and Pinot Noir in Ontario, in the east of Canada, since 2004. He admits that Icewine has been both a blessing and a curse: “it’s good and bad… it shows people we can make wine” he says, but it gives people the impression that Canada is just a frozen wasteland. Canadian wine writer Tony Aspler agrees: “Unfortunately, Icewine has become our calling card around the world. I say ‘unfortunately’ because you can’t build a wine industry on Icewine.” But as it happens there are plenty of other more interesting wines coming out of Canada.

Although the amount of wine produced is small, they are keen to start sharing it abroad. London saw its first comprehensive Canada tasting for many years this May. For those who are relatively new to Canadian wine (as I was before the tasting) there are two main regions: British Columbia in the south-west and Ontario in the south-east. They differ in climate and the styles of wine they produce. They are united, however, in that their microclimates depend on lakes, and that many of the wines have a strong French accent.

British Columbia is home to 213 wineries spread over nearly 4,000 hectares. The most important wine growing area is the Okanagan Valley which runs north to south, 300km east of Vancouver, around Lake Okanagan. The main varieties here are Pinot Gris and Chardonnay for whites, Merlot and Pinot Noir for reds. Some wineries can even reliably ripen Cabernet Sauvignon. Irrigation is essential; it’s so dry that some of the valley is officially classified as desert.

By far the largest region however is Ontario to the east. Although it has fewer wineries at just 134, they cover over 6,000 hectares. The vineyards are planted around the shores of Lake Ontario, particularly in the bulging Niagara Peninsula that splits the lake in two. They tend to grow varieties more in keeping with their cooler climate; mostly Chardonnay, Riesling, Pinot Noir and Cabernet Franc. Many of them reminded me of French wines with the volume turned up a notch.

Ontario is where 90% of Canada’s Icewine is produced, but what is less well-known is the quality of their sparkling wines. British Columbia also produces good fizz, and you can also find some in chilly Nova Scotia, way out east in the Atlantic. It’s even colder than Ontario here, so it’s pretty much all they can make, but the results can be impressive. There are still some (surprisingly good) sparklers made from hybrids like L’Acadie, but throughout the whole of Canada, most quality-minded producers concentrate on Champagne varieties and ferment the wines in bottle. The best can be reasonably compared with grower Champagne, albeit with more variety of style.

So with just 11,000 hectares in production, that’s just 10% of what Bordeaux has under vine. In fact, they are one of the few wine-producing countries to consume more wine from countries other than their own. So with plenty of demand at home for a small volume of local production, why are they bothering to export at all?

There are several reasons. Firstly, prestige: I’m yet to meet a winemaker who doesn’t want to see his wine served at the world’s finest restaurants. Additionally, the local market is a difficult one. All but one Canadian province operates what amounts to state monopolies on drinks retail stores. One Ontario producer explained “our market is not fantastic… we have a big monopoly. They run us down on pricing… it’s prohibition style, absolutely ridiculous.” No wonder they’re keen to sell elsewhere. The US over the border would be an obvious target, but their wine tastes veer towards the patriotic.

Furthermore their Icewine dominance may soon be coming to an end. In the words of Tony Aspler, “when China’s vineyards that have been planted expressly to produce Icewine come on stream they will be able to swamp the international market with inexpensive Icewine and undercut our retail price significantly.” It’s time to start playing to alternative strengths.

So Canada is keen to bring its whole range of wines to us – should we sit up and take notice? The answer is a qualified ‘yes’. Angelo Pavan, winemaker at Cave Springs, assured me that if I blind tasted Ontario wines against Burgundy I’d be “pleasantly surprised”. Well there are certainly some excellent quality wines being produced, but prices may prove an issue.

Producing quality wines in Canada is not cheap: Pavan points out that land prices are steep, labour costs are high, and cooler climates tend to result in smaller crops. This might help explain some of the high prices being quoted at the tasting. But the wines will also be judged against other countries on value, and this might be a sticking point. Aspler says “we are entering the golden age of Ontario wines.” I hope we can afford to share it with him.

These wines aren’t currently available in the UK, so I’m not yet able to include prices. (My comments on value above were based on approximations by winery owners).