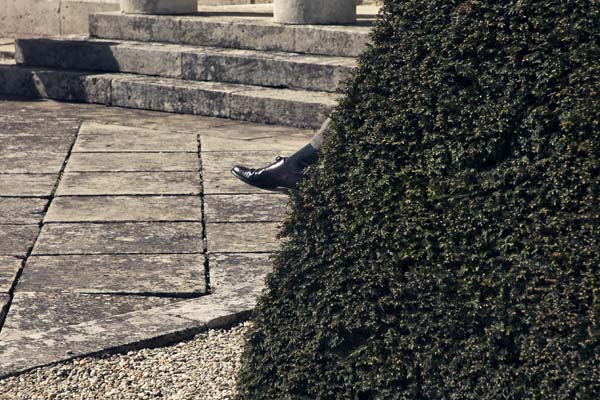 Like most winemakers in the world of my age (and that’s the only clue I’m going to give you about my identity) I grew up regarding Bordeaux as the reference point for what we call “premium wines”. As a younger man, I went there often to take classes at the University, visit famous châteaux and increase my knowledge and understanding of this historic region.

The prestige of Bordeaux is both impressive and well deserved. It is influential, too. Anyone who travels around the wine world will have noticed that, over the last 40 years, most wine regions have adopted what we might call the Bordeaux model. Cabernet, Merlot and Sauvignon Blanc (with a little help from that Burgundian interloper, Chardonnay) dominate global plantings and the use of small new oak barrels has become almost obligatory for prestigious red wines.

Some European wine regions, it is true, have clung on to their traditions and local varieties, especially in Italy, Portugal, Greece, Germany and parts of Spain. But even these countries have been at least partly influenced by Bordeaux. Just look at Bolgheri in Italy. In the New World, meanwhile, the sway of Bordeaux has been considerably stronger. North America and the Southern Hemisphere play by Bordeaux’s rules, despite the presence of “local” specialities like Zinfandel, Shiraz and Pinotage and the partial success of another Burgundian import, Pinot Noir.

No one would deny that, at the top end at least, Bordeaux is capable of making sublime wines. Advances in the vineyard and cellar have all but banished poor vintages to the past, although 2013 may challenge this new reality. But I would argue that the Bordeaux recipe (which includes the use of certain, prescribed grape varieties as well as a way of growing them and turning them into wine) works better in certain conditions than others.

Unsurprisingly, the place in which it works best is Bordeaux itself. Elsewhere, the same recipe has produced premium wines in other regions, too. Margaret River, Stellenbosch, Hawke’s Bay, Red Mountain and the Napa, Uco and Maipo Valleys are all good examples. But are we sure that this is the best universal model for making wines with character, identity and personality?

When it comes to regions that are blessed with interesting traditions and a rich array of indigenous grapes (some of them unknown, some of them underrated, and some of them very, very good indeed), aping the Bordeaux model can be damaging to wine quality as well as diversity. It has been a short cut to success (and, on occasion, to praise and high points from wine critics), but it has narrowed the range of wines produced around the world.

I think it’s time to rethink what we’ve done over the last 40 years: to adopt a broader view, if you like. Environmental conditions (a combination of climate and weather) vary a lot from region to region. What works in a predominantly humid and rainy area influenced by the proximity of the Atlantic Ocean (Bordeaux) doesn’t necessarily work as well in warm and sunny ones. The same thing goes for small, heavily toasted new barrels. These are arguably necessary to tame the tannins of Cabernet Sauvignon and, to a lesser extent, Merlot in Bordeaux, but can overwhelm the beauty, elegance and character of other grapes and regional styles.

I have experienced very exciting results working with many indigenous grapes and adopting some existing local winemaking techniques. I would argue that these techniques have allowed me (and others) to express terroir in more genuine ways than if we had simply followed the Bordeaux recipe. To take only one example, the use of “living” materials like concrete (with no epoxy lining), amphorae and large untoasted casks rather than invasive barriques has resulted in more interesting wines that speak more clearly and persuasively of their origin. The same thing goes for the avoidance of over-ripe, over-extracted flavours: another feature of many modern, “Bordeaux-style” wines.

The revolution is only just beginning. Making these terroir-based wines is only part of the process; the education of consumers is possibly an even greater challenge. Bordeaux is a great wine region, but its influence has been too extensive and all pervading. It’s time we looked at “fine wines” with more open minds.