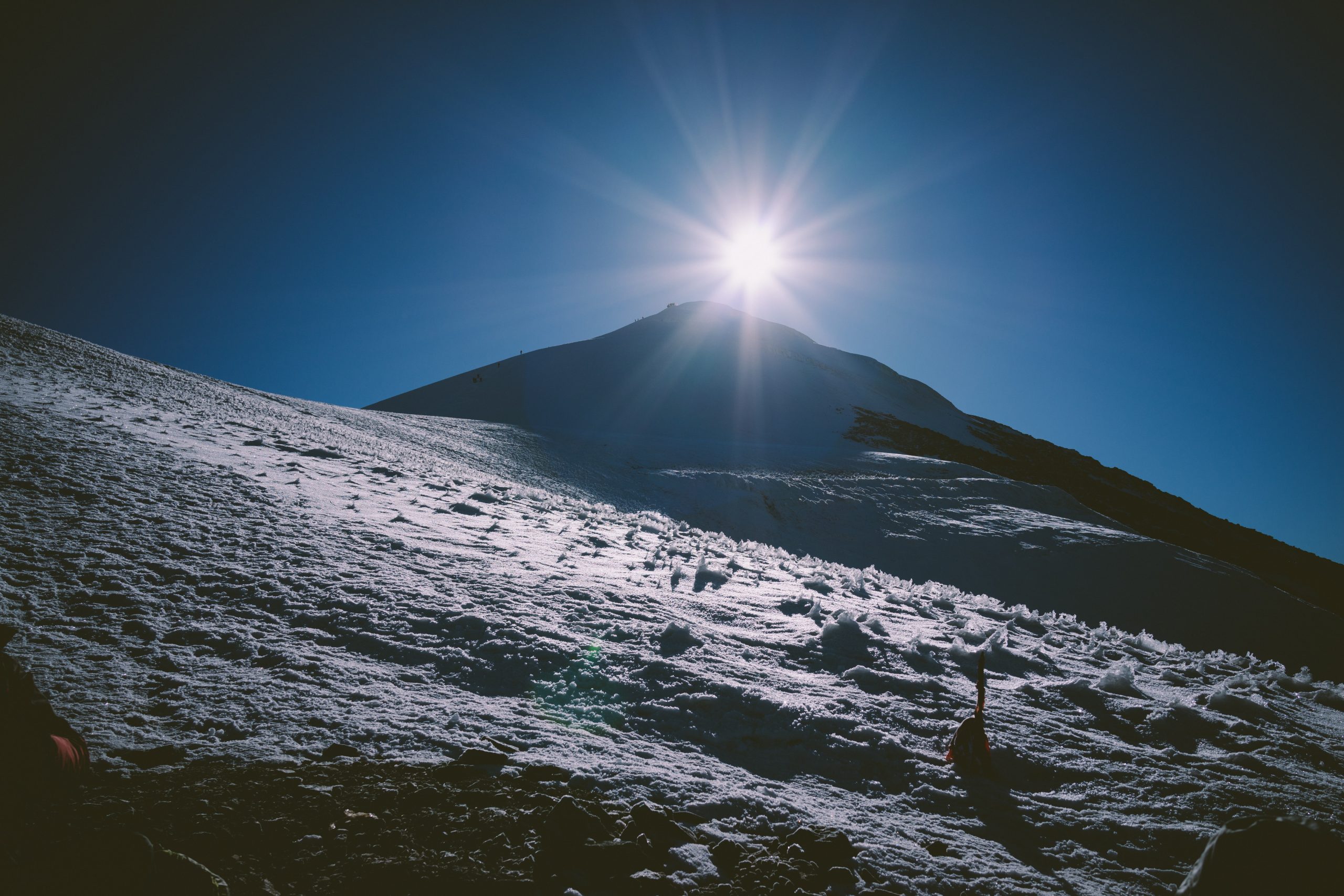 Armenians are a fiercely proud people. They claim many firsts and many more “bests”. When you visit Armenia, as I did just before harvest last year, everyone you meet reminds you of the following things: Armenia was the first Christian nation. Its alphabet is among the world’s most distinct. Its people are highly educated and collectively Armenians have a memory that won’t quit. Armenia may be a small, landlocked nation in the Caucasus Mountains today, but it used to be an expansive empire with shores on the Black, Caspian and Mediterranean seas. Armenian nostalgia runs deep, especially for Mount Ararat, a sacred and symbolic mountain. Ararat isn’t in Turkey; it’s in “Western Armenia”.

Clearly, Armenians’ ties to their homeland run deep. The power of this attachment can be also be seen in their support for the disputed Nagoro-Karabakh region, in today’s conflict with Azerbaijan.

Armenia’s uniqueness doesn’t stop there. The world’s oldest known winery, the Areni-1 Cave, was discovered in 2011. (Take that, Georgia.) Indisputably, Armenia and the vine have long co-existed. Yet, Armenia has a tenuous, just-emerging wine culture.

Armenians drink vodka, and they’ve been famous for their brandy since the 19th century Tsars required them to produce it. In a rare point of agreement, this suited the Soviets, too. The near extinction of Armenian wine culture means there is little to preserve or restore, making Armenia simultaneously one of the world’s oldest and youngest wine-producing nations.

Yerevan’s token wine bars are new. Even five or six years ago, their shelves would have stocked far fewer labels. Apparently, it’s primarily women that frequent the wine bars. Otherwise, local uptake is not growing as fast as the export market.

This isn’t incredibly surprising. The global Armenian diaspora is estimated to be between seven and eight million people. The country’s population is only three million. The diaspora sends back significant sums to invest in the motherland, and almost all of the wine business investment comes from Armenian hands.

Winemaking whirlwind Vahe Keushguerian believes that the US will be the biggest consumers eventually. Having dabbled in wine in Tuscany, Puglia and Adelaide Hills, Vahe began a wine incubator in 2009 in Yerevan that today hosts 14 brands. He makes his own sparkling wine range called Keush (Armenia’s first traditional method sparkling wine), is the guardian for the Yacoubian-Hobbs project, and consults to Swiss winemaker Jakob Schuler on his recently purchased vineyards and their wines. Just after I left, Vahe and his chief winemaker at his custom crush WineWorks, Arman Manoukian, welcomed Gerard Boudot of Domaine Etienne Sauzet in Burgundy’s Puligny-Montrachet. They were making a new Muscat.

Vale believes in a “Field of Dreams” principle: build it and they will come. For him, it really is the fields – or rather vineyards – that are especially important. He believes that the wineries that own vineyards are the most distinctive, including Zorah, Old Bridge, Noa, Yacoubian-Hobbs, Keusch and Koor. Vahe uses two nurseries for vine propagation today.

Control of vineyards is critical because of current state of most existing vineyards. When the communists swept in, agricultural lands were seized and redistributed to locals. High-yielding field blends were planted for brandy production. Many in the villages left for Russia. The vines were cared for in a systematic way, and all varieties were harvested at the same time. Given the exodus, there were few places to stay locally.

Today, people remain attached to their parcels of land and do not want to sell. They also don’t want to change how they farm. As such, there is little chance of replanting or grafting over to make varietal vineyards.

This presents a colossal challenge to define local grapes’ varietal “voices”. Aimee Keushguerian, Vahe’s daughter, is trying to do just that with her Zulal line, which she began in 2017. (Zulal means “pure”.) Aimee says that it’s hard to find a farmer with even a single hectare of one grape here. She’s bought whole harvests from farmers – who sometimes throw in some apples to increase the kilo weight she pays by – just to sort out the grapes that she wants to try as varietal wines. She had to buy from three or four farmers to make her Zulal Koghbeni. In 2020, she expects to make her first single farmer, single vineyard wine.

Aimee’s work is groundbreaking. She is figuring out how to make the wines from these indigenous grapes, and she only gets one shot a year. It will be fascinating to see which – if any – emerge as the best ones down the road. Maybe she’ll find yet another that is more promising. In another approach, the University of Yerevan is working on isolating the DNA of 80 different Armenian grape varieties, thought not all are for winemaking. Promise and progress are in the air everywhere.

Zorik Gharibian of Zorah Wines, points out that Armenia has more than 200 native varieties, used for different food and beverage purposes. This is in a country that is only about 14% larger in land mass than Sicily. Zorik and other local producers estimate that at least 90% of commercially grown grapes – including virtually all of the grapes grown in the plains in sight of Mount Ararat – today go into “Kanyak” production. (The European Union cracked down on their use of “Cognac” years ago.)

While wine grapes are grown throughout Armenia, it is in Vayots Dzor that some of the most ambitious projects are based. This region is Armenia’s smallest and least-populated. The only industry is agriculture. Moreover, this is the only region where locals were able to continue some traditional winemaking. The Soviets wanted volume production. They weren’t very interested in the dramatic but lower-yielding hillsides of Vayots Dzor.

Fascinatingly, there are no Armenian laws about the varieties that can be planted or how they are grown. “There is nothing like a DOC or DOCG here,” said Zorik. (Zorik made his first wine here in 1998, but his home base is Milan.) To that end, the Yacoubian-Hobbs team – composed of brothers Vigen and Vahe Yacoubian with flying winemaker Paul Hobbs – planted international varieties. However, they have only bottled Armenian varieties to date.

Grown at high altitudes, Armenian grapes benefit from generous diurnal temperture swings, but they likely become a bit thirsty during the growing season. Few people can afford to install drip irrigation. Flood irrigation is allowed a few times a year, and farmers take it or leave it. Armenia is not for the faint-hearted grower accustomed to precision irrigation delivered directly to vine roots or dependent on pressure bombs or drone-assessed canopy vigor. Vahe Keushguerian says that maybe some of the oldest vines could manage without irrigation, but he doesn’t seem convinced.

Zorik also pointed out that there’s not much vintage variation, and phylloxera never hit. On the latter point, the roads aren’t good, so it was hard for people to infiltrate. Besides, there wasn’t much happening in Vayots Dzor for a long time. However, the rising interest in this vibrant country did bring the louse to the Ararat Valley in 2017. It is especially notable in the clay pockets on the valley floor. Vayots Dzor remains a bit isolated, but Zorik predicts that it will eventually become a problem.

In the interim, a real challenge presents itself for those wanting to vinify in karas, Armenian for amphora or qvevri. There are no more local karas makers. Until the 1950s, master potters would make karas then sell them village to village once or twice a year. After the Soviets forbade their production, the art was eventually lost. (Their production was only allowed in Georgia.) Considering that Urartu kings of the Bronze and Iron Ages used to stamp karas with their vintages and capacities, this is a shocking loss of legacy.

Having started with stainless steel and oak, Zorik believes that karas are the best at translating local terroir. Moreover Zorik is determined to use local clay and so has taken to resuscitating karas that he finds in old homes. Good ones are not so easy to find. Many have been used to store undesirable substances like cooking oil over the years. When Zorik finds good ones – always stored within the walls of a home, he sometimes pays more to rip down a wall then put up a new one than for the vessel itself.

Unlike using uniform fermentation vessels, Zorik must learn the peculiarities of using each one. The oxygen exchange is similar to an oak barrel, but smaller ones allow for higher oxygenation. Italians keep their vessels above ground; Georgians place theirs in the ground. Zorik feels that the ideal movement in the wine occurs with 20-30% of the vessel out of the ground with the remaining portion buried. Zorik says that one of his best karas is slightly lopsided.

Meanwhile, Yeraz Tomassians, Zorik’s business partner and wife, is studying local clays for crafting karas. That’s not as easy a task as one might think. Armenia is better known for its volcanic, basalt and limestone soils rather than clay, more commonly found in neighboring Georgia. In particular, Yeraz studies clay porosity. She is also researching how to build old school, wood-fired kilns with the hopes of learning how to build slow but steady fires that allow for excellent airflow around the karas.

The approaches that the Gharibians, the Yacoubians, the Keushguerians, Hobbs, Manoukian, Schuler and other like-minded winemakers take is deliberate and painstakingly artisanal. The dynamism in Armenian wine today zings from every angle at every level. Standing among the ungrafted Areni Noir (the country’s preminent red grape) on the empty, windswept hills of Vayots Dzor, the Charles Aznavour song “Emmenez-Moi” feels appropriate. “Take me to the end of the earth. Take me to a wonderland. It seems that misery would be less painful in the sun.” Despite the many and long millenia of waiting, it seems that Armenians are finally making their wines their way, as no one else can.

Photo of Mount Ararat by @madatx on Unsplash. This is a link to a piece Tim Atkin MW wrote about climbing Mount Ararat with Zorik Gharibian in Gourmet Traveller Wine.