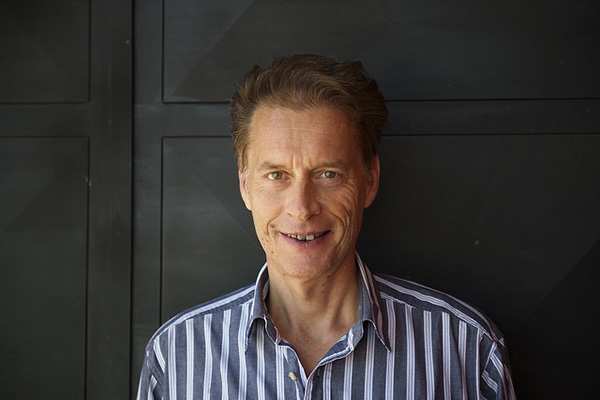 In the early 1990s I was commissioned to write a story about Esme Johnstone, a former director of Majestic who’d bought Château de Sours in the unglamorous Entre-Deux-Mers region of Bordeaux. Johnstone was a great salesman and had persuaded the Englishman Hugh Ryman, then a famous flying winemaker, to oversee his white and rosé. The man he’d employed as his red wine consultant was someone who ran a laboratory in Libourne, but was comparatively unknown outside the Gironde. It was Michel Rolland.

Rolland drove me around in his car for the day, calling in on a number of other châteaux. He was funny, engaging, self-deprecating and enormously charming. After our final visit, he invited me to have dinner at home with his oenologist wife, Dany. The wine and food were both delicious. The Rolland that I met then – as generous with his time as he was with the contents of his cellar – hasn’t changed a great deal since. He’s wealthier and a good deal more famous, but he’s still approachable, charismatic and a lot of fun.

In the intervening 25 years, Rolland’s ideas haven’t evolved much either. I don’t think I’m caricaturing his views if I say that he always liked ripe reds, made from late picked grapes, with smooth tannins and prominent oak. That’s not to say that he doesn’t have an interest in terroir – the portrayal of him in Jonathan Nossiter’s 2004 film Mondovino, was unfair – but the wines he likes to make (and drink) are a reflection of his personality. He’s a hedonist at heart: Mr Merlot, with a palate formed by the clay of Pomerol rather than the limestone of Saint Emilion.

Deep down, I suspect that even Rolland is surprised by just how successful he has become as a globetrotting consultant. I’ve lost count of the number of wineries he consults for on five continents these days, but there’s no denying that the man (and his team of oenologists) is still in demand. The Rolland style is as popular with winery owners, who regard his brand as a stamp of quality, as it is with a certain type of consumer.

In the 1990s, Rolland’s star rose in tandem with that of his good friend, Robert Parker. By and large, Bob likes the wines that Michel makes and, if his written pronouncements are a guide, shares many of the latter’s views about wine quality and ripeness. Together, Parker and Rolland have dominated the fine wine scene in Bordeaux, California, Argentina and Chile (and places further afield) for the last two decades. You couldn’t accuse either man of hypocrisy or bad faith. In their different ways, they have simply promoted the styles they believe in.

And yet there are signs that their vision of wine is being shunted towards the sidelines of history, not before time in my opinion. Listening to the Italian Alberto Antonini, another highly respected consultant with a global perspective, at a Masters of Wine tasting of “cutting edge” South American wines last week, I was struck by how radically his views differ from Rolland’s. You only have to taste the wines that the two men make in Argentina, the country where they are both major players, to understand what I mean.

Antonini champions wines with “energy, purity, vitality, tension and minerality” rather than what he calls, with deliberate exaggeration, “concentration and viscosity, with three layers of barbecue sauce and ten pizza toppings”. The five enemies of terroir, he continues, are “over-ripe grapes, over-extraction, over-oaking, vineyard chemicals and the winemaker”. Rolland is no fan of chemicals either, but Antonini, unlike Mr Merlot, wants to be invisible in his wines. “If you recognise me, not the place, I say shit, what have I done wrong?”

As you’d expect, Antonini doesn’t like new oak. “Casks are like vines,” he says, “they tend to get better with age.” He’s moving away from stainless steel too, because it “smells and tastes like death” in favour of concrete, “which smells of life”. He’s some way from being a “natural winemaker”, but he champions Mother Nature. “My academic training in Florence, Bordeaux and California taught me that we had to fix things all the time in the winery, by adding tannins, yeast, enzymes, nutrients and oak. But what are we afraid of?”

Antonini thinks that consumer tastes are shifting, but he wants to lead the market, rather than follow it. (In this respect, as least, he and Rolland are alike.) “It’s up to me to explain to people why I’m doing what I’m doing. It’s time we persuaded people to switch from Schwarzenegger to Michelangelo’s David.” Michelangelos or not, the thing that strikes you about Antonini’s wines is their drinkability. “How have we allowed people to persuade us that drinkabilty should not be associated with great wines?” he asks. “It’s crazy.”

These two contrasting philosophies are wine’s new battleground. And in South America at least, it’s Antonini’s camp that’s winning the day, as typified by the wines of people like the Michelini brothers, Mar & Pampa and Zuccardi in Argentina and Marcelo Retamal (De Martino), Casa Marín and Leo Erazo (Rogue Vine) in Chile. Rolland, for all his talents as a winemaker, is the general leading the old guard; Antonini is the rebel commander of the new.