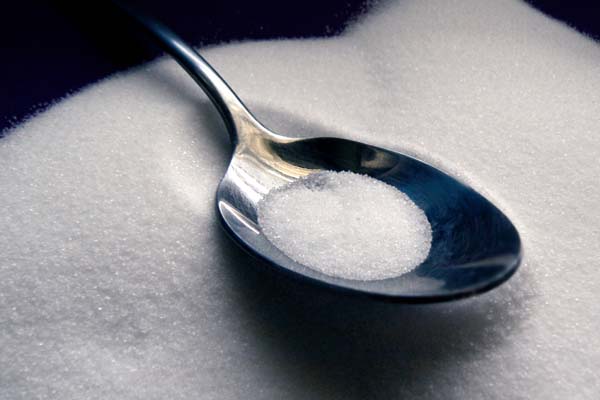 There’s nothing like delivering a speech about the UK wine market to make you focus on its strengths and weaknesses. I was asked to talk to a group of Spanish producers at the inaugural Cumbre Internacional del Vino in Toledo last week, alongside analysts from Germany, China and the United States. It’s encouraging that the UK is still considered a major export market for Spain, at least.

Armed with the Wine & Spirit Trade Association’s Quarter 3 Market Report and Wine Intelligence’s recently published Wine Market Landscapes Report, I arrived in Castilla-La Mancha to contribute my two euros’ worth to the debate. Just as significantly, I went straight to the airport from Tesco’s autumn press tasting. As our biggest wine retailer by far, Tesco both shapes and reflects the market.

I’ve also attended most of the major supermarket and high street retailer tastings over the last month or so. Now is a good time to examine what’s happening to their ranges. After all, consumers can only buy what’s offered to them on shelves and websites.

But let’s look at those reports first. Their findings don’t always tally exactly (that’s statistics for you) but they tell a similar tale. In short, the UK wine market appears to be in gentle decline, at least for now, although sparkling wine seems to be confounding the trend. Some countries are also faring better than others: Spain, South Africa and (from a lower base) Argentina have all shown double digit growth over the last year. Everyone else is going backwards.

The UK market is still the sixth biggest in the world, behind the USA, Italy, France, Germany and China, consuming around 125m cases of wine, divided 80/20 between the off and on trades. Our average price point is still low (£5.11), especially when you take duty and VAT into account (£2.83 or 57% of a £5 bottle), but more encouraging than it was.

Just as significantly, wine inflation is running at 4.6%, ahead of overall inflation at 2.7%. It’s getting more expensive to make, ship and sell wine, especially from countries that have stronger currencies than ours (Australia and the USA, for example). Hitting that magic £5 price point is getting harder by the vintage.

Both reports highlight a growing tendency to trade up, especially in the off-trade. More people are eating and drinking at home and have found that £10 in a supermarket or high street chain goes a lot further than £10 in a pub or restaurant. Sales of wine between £6 and £7, £7 and £8, £8 and £9, £9 and £10and over £10 are up year on year by 9%, 13%, 18%, 12% and 17%, respectively. These are still small categories compared with the £4-5 and £5-6 bands, but there is evidence that a significant number of consumers are developing a taste for more expensive wines. Hallelujah!

It’s also worth remembering how much the UK has changed as a wine-consuming nation in the space of a generation. Something that was once considered “snobbish” or worse “European” has become a part of every day life. Out of a total population of 49.1m adults, 29m are now “regular” wine drinkers; that’s to say that they twist a corkscrew or pull a cork at least once a month. The worrying downside is that people under 30 are less keen on wine than RTDs and beer as a group. In more ways than one, the UK is a mature wine market.

We all know that most of those consumers buy their wine from supermarkets, particularly the so-called Big Four (Tesco, Sainsbury’s, Asda and Morrisons), as well as from The Co-op, Marks & Spencer, Waitrose and discounters such as Aldi and Lidl. Add Majestic, Bargain Booze/Wine Rack, and Oddbins, as well as mail order specialists like Laithwaites, The Wine Society and Naked Wines and you don’t have much of the pie left for the UK’s impressive band of independents.

Are there any trends emerging from the autumn tastings? One thing that strikes me (and Oddbins, The Wine Society and Marks & Spencer are the exceptions here) is the relative conservatism of most of the ranges. Even Waitrose seems to have come over all cautious. You can’t run an entire business on wines from Greece, Turkey, Slovenia, Portugal, Macedonia and Israel, but they add interest.

The other thing that struck me, particularly at Tesco, is an increase in residual sugar levels in red wines. This is especially true of the lower end of the market, where it is sometimes used to add “smoothness” to some pretty ropey wines. Take Tesco’s Cuvée Prestige Vin de France (an oxymoron if ever there was one) with 12 grams of residual sugar.

But the phenomenon doesn’t only apply to sub-£5 wines. The 2011 Apothic Red, a £9.99 Zinfandel-based blend from California has 16.4 grams, rendering it undrinkable in my view. Is that what some UK consumers want? Apparently it is, and not only at Tesco. Backed by advertising support, the wine is very popular in bars, too. For a mature market, we still have a way to go. But that’s only my view. Maybe those producers in Castilla-La Mancha should make sweeter reds, too.