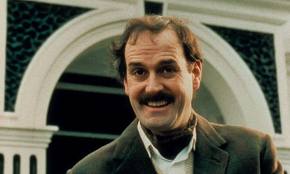 “I love Chablis, but I can’t stand Chardonnay.” Anyone who has ever done a public tasting, mixing with people who know what they like but not a lot more, will be familiar with such statements. It’s easy to scoff at people’s ignorance, especially when it’s uttered with apparent confidence.

Easy, but unwise. Those of us who work in wine, whether as journalists, retailers, importers, PRs, educators or sommeliers, need to remind ourselves that it’s a complicated and even slightly daunting subject. It takes a while to sort your Pouilly-Fumé from your Pouilly-Fuissé, to remember that Montepulciano d’Abruzzo and Vino Nobile di Montepulciano are made from different grapes, or that Pinot Gris, Grauburgunder and Ruländer are synonyms.

Such facts may be second nature to most of us, but wine is our day job, our way of paying the mortgage. Ask me to explain the workings of the internal combustion engine or the intricacies of climate change and I’d come across as a know-nothing, too. Depending on the subject, we are all selectively ignorant.

At its most basic, wine is very simple. It’s fermented grape juice, or “75cl of fun” as the Aussie wine marketer, Bob McLean, once put it. You don’t need to know anything about wine to enjoy it. The only question you need to answer, apart perhaps from “who’s paying?” is “do I like this?”

I’m not saying that all the other stuff – the geology, the biochemistry, the vintage variations – doesn’t matter, but it’s of interest to a very small percentage of wine drinkers. Most punters want something that tastes good, doesn’t look naff and meets their budget. They don’t care about the difference between a Bordeaux and a claret, as Basil Fawlty once put it in “Fawlty Towers”.

But what about the people who do want to know a little bit more? I would argue that the deeper your understanding of wine, the greater the pleasure it affords you. Knowing the difference between, say, a Pommard and a Volnay, neighbouring Burgundy communes that make very different wines, means you are able to appreciate their nuances.

The received wisdom in the UK is that consumers aren’t interested in wine at all. But I take a different view. It’s amazing how many people come to the Three Wine Men events I host with Olly Smith and Oz Clarke eager to learn more. Many of them have never been to a wine tasting before.

Part of the problem for punters who want to deepen their knowledge is the relative absence of accessible information. There’s next to nothing on radio and TV about wine, other than Saturday Kitchen, and precious little in national newspapers beyond shopping lists. Fewer and fewer books are published about wine (in the UK at least) and there are only two consumer wine magazine left, neither of which speaks to the neophyte. The web contains some excellent free information, but you have to do a fair bit of trawling to get the really useful stuff.

The Wine & Spirit Education Trust, which celebrated its 43rd birthday at Vintners’ Hall with a dinner hosted by the Vintners’ Company last week, does an excellent job, educating more than 43,000 students in 59 countries last year. So does the network of local wine schools, founded by Chris Powell in Newcastle in 2000 and now operating in 15 locations around the country. The former is mostly aimed at the wine trade, the latter at more casual punters, but they both underline the fact that there is no shortage of demand.

And yet most wine drinkers don’t want to do a course. They’d rather learn in a more casual way: from tastings, conversations or by reading the odd article, accumulating knowledge over time. The best place to do this is at the point of sale, preferably with a glass in hand. That’s why it’s such a shame that most of the supermarkets appear to be cutting back on wine advisors, the very people who can help consumers to negotiate the forbidding wall of wine and guide them away from three for £10 deals on gondola ends.

That’s where Majestic has done such a good job. The combination of well informed staff, open bottles and free advice attracts people to their stores. The company invests in its personnel and the investment pays off. The Majestic model is not for everyone – its punters are prepared to pay more – but it’s an example to the rest of the wine business. Customers like good customer service, and that includes someone who knows about the product. Independent wine merchants have a vital role to play, too.

Listening to the wine trade, the mood is glum and defeatist right now. Summer sales were sluggish, both in the on and off-trades, prices are low, taxes are high and many producers have abandoned the UK for more profitable markets. To turn this round, we need consumers who are prepared to look beyond deals and discounts. To do that, we need to educate them. Simple, really.