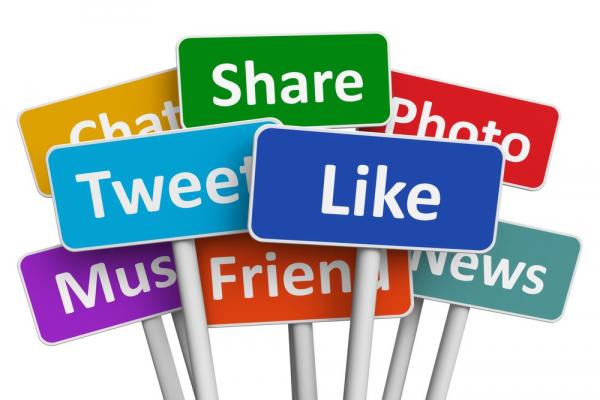 Marketeers have referred to 2018 as the year of the influencer – and it surely will be for sectors which have clearly defined the distinction between celebrity and social media influencer. I don’t believe that wine is one of those sectors.

Social media has proved to be a great socially democratising force. What politicos call social media’s greatest fallacy – that we are algorithmically determined to connect with those who share our interests and beliefs – is also its greatest power. There is definite evidence of connection over a shared love of wine, and many argue that as a trade we’re already harnessing social’s potential. But I would question whether or not the way wineries, brands, retailers, distributors, celebrities, influencers are using social media now actually has long term relevancy. In an industry squeezed by a myriad of challenges, a lack of consumer awareness and engagement with our product is a sure-fire way to guarantee sales stagnation. But the lightbulb moment, where the industry uses social media to create high engaged life-long wine drinkers from those who’d never previously picked up a corkscrew, has been overlooked. Trade users of these platforms are all so busy talking to each other, everyone’s forgotten social’s power to sell.

In the series of highly unscientific polls I conducted on Instagram and Twitter, many argued that as social media is inherently visual, (making Twitter wine’s natural home), the relatively absence of wine ‘brands’ makes it consequently impossible to market effectively on these platforms. But consumer-driven content has a proven ability to turn niche interests into powerful brands which promote a way of thinking rather than particular products. Think of Brand Healthy Eating or Brand Green Living: these were both relatively niche interest brackets which have been transformed into powerful brand concepts by the force of consumer-generated content. I see no reason why Wine could not be next.

This success relies on two branches of influence: the celebrity (in the context of wine, more accurately described as the expert), and the influencer – and an acknowledgement that social media is fundamentally a platform to build the sort of engagement which translates to real-world sales. In brief:

The reason brands and companies are so keen to get influencers to promote their products over celebrities is simple: if a product is properly geared to the influencer’s demographic, sales are guaranteed – whereas with a conventional celebrity, reliance is placed more in the breadth of their reach for target sales to be achieved.

So far, so marketing waffle. So how does all of this relate to wine?

For new consumers, wine is still frequently perceived to be impenetrable and elitist. Glance at the UK’s crop of wine influencers and I can’t help but think that they’re enforcing these stereotypes. New players seem subliminally encouraged to drop their personal tone of voice, instincts and interests to play to a formula for success based on a technical, WSET-style approach: a technocratic white noise that shuts down debate, and with it, growth in consumer engagement. Fundamentally, that’s not to say that a hyper-technical, jargon-laden approach doesn’t have its occasional merits: as a swimmer I intimately understand that the foundation of good technique is drills, drills and more drills. But they’re the swan’s feet pedalling furiously beneath the surface: if I wanted to create a social feed celebrating swimming, I’d show the swimming itself, the adventures associated with it, not the endless lengths of the pool. With wine, there doesn’t yet seem to be a balance of celebrating drinking (responsibly) and enjoying wine in its socio-cultural context, rather than confining it to the classroom.

Back to the unscientific polls I conducted, and the fact that general feeling seemed to contradict my instincts. I had expected a resounding damnation of lengthy tasting notes, technical information, the use of jargon as an indicator of credibility. I strongly believe that this score-led, formal note laden approach is active dissuading potential new wine drinkers from engaging with wine on social media. And then – several people pointed out that winey social media users are rarely true hobbyists. Scratch the surface and you’ll find that the majority of social media wine ‘influencers’ are involved in the trade in at least some small way. Essentially, this means that ‘influencers’, are not true influencers; they are a peculiar blend of influencer and expert, and their current use of social platforms may be corrupting the chance the trade has to capitalise on this boon for consumer-driven marketing.

For a moment, imagine if the wine influencers currently populating social feeds decided to reveal more of themselves. Studies have shown that consumers trust influencers like they do friends, so what would happen if they sought to connect with people on social media who shared their alternate interests – and subsequently shared their passion for wine with this new blood. In showing a multifaceted personality and wider ranging interests, potential for meaningful engagement with followers exponentially increases – and can be harnessed to drive content of an influencer’s posts. Trend leaders, Noble Rot, did it first, combining a love of wine with passion for music. Wino dogstagrammers wield immense influence in a internet space not known for its love of fine Burgundy – while millennial commentators like Marissa Ross and Bianca Bosker pair tonal irreverence with actual credibility to bring fun wine content like Bosker’s takeaway #pairdevil to unsuspectingly influenced millennial women. Helen McGinn – mum first, wino second, neatly summarises the impact specific demographic engagement has had on her career, saying that she ‘[has] used my blog and newsletter to ask [my followers] all along what they want more/ less of…they want straightforward descriptions (no wine jargon). I’ve also always tried to use humour to deliver my wine message, a bit like Horrible Histories’. Multiple books and high-profile columns later, new influencers should take note of this and Influence.co’s profile of the key wine influencers for 2018 – ‘cause there ‘aint a mention of medium+ acidity in sight.

With thanks to all those who took and shared my polls on Twitter and Instagram, but special mentions to those who took the time to get in contact with especially detailed answers: Peter Pharos, Joe Fattorini, Tim Haslam, Martin Brown, Nati Viedo, Nico Morgan, Georgie Fenn, Helen McGinn, Bert and Katie Truscott.