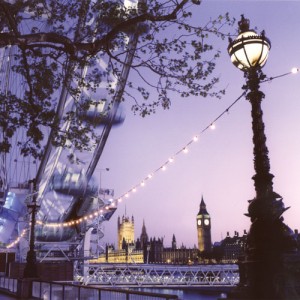 A long face is almost de rigueur for anyone working in the London wine trade right now. There was a brief outbreak of optimism in the late spring and early summer when the 2009 Bordeaux were sold en primeur (many of them at high prices), but since then the business has crawled back into the dumps. VAT is going up in January, the pound is still in intensive care and there’s another duty increase due next year. As the recession continues to take chunks out of people’s wallets and purses, almost no one is prepared to pay more than £5 for a bottle of wine. 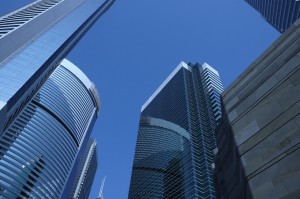 The contrast with Hong Kong, where I’ve spent most of the last week judging the Cathay Pacific International Wine & Spirit Competition, couldn’t be more obvious. Here nobody has any problem spending large amounts of money on wine. Walk through the back streets of Kowloon and there’s a good chance you’ll find an every day off-licence offering vino for the Hong Kong equivalent of hundreds and even thousands of pounds. Some of it may be fake, but who cares? If it’s got the right words on label, people are prepared to flash their plastic.

The point was rammed home with an echoing thud on the day I arrived. You might have read about the sale of ex-cellar Lafite conducted by Sotheby’s on October 29th, but it’s worth pausing for a second to take in its implications. The sale raised HK $65.5m and smashed all sorts of records. Most of the younger vintages sold for prices that were twice the market average, while the yet-to-be-bottled 2009 Lafite sold for a jaw-dropping £43,120. That’s for a case of 12 bottles, folks. 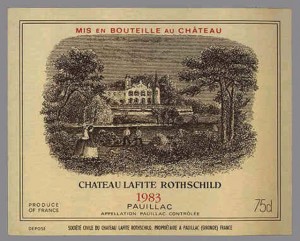 And while you’re still digesting that, the highlight of the sale was three bottles of 1869 Lafite, which pulverised the 25-year-old record for the highest price paid for a bottle of wine at auction into shards of claret-stained glass with a hammer price of £437,900. Unlike the 1787 “Jefferson” Lafitte (sic) which sold for £105,000 at Christie’s in 1985 and remains highly controversial, the 1869 Lafite comes from an unimpeachable source: the château itself. Will they replace one of them if it turns out be corked? It’s an intriguing thought.

The Lafite sale has had a substantive impact on the price of top claret generally and the price of Lafite in particular. But the bids were still crazy. I wasn’t at the auction, but people who were have spoken of the frenetic atmosphere in the room. Everyone knows that you should bid with ice in your heart and veins at a sale, but that doesn’t appear to have been the case here. Call it big dick syndrome, call it stupidity, but as one fine wine merchant, Doug Rumsam of Bordeaux Index, put it: “The bidders got caught up in the excitement of the auction and neither was willing to back down. These prices are not a reflection of the market place, but they demonstrate that in an auction house environment some people can have too much fun.” Their bank managers may not see it that way. 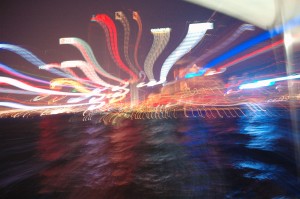 Is this just Lafite mania, well attested in Asia, or is it proof of what economists calls “the greater fool theory” (however crazy the prices, there’s always someone out there stupid enough to pay them)? I may be proved wrong, but I think we have reached the top of the curve here, or The Peak if you prefer. However much newly rich Chinese industrialists may value Lafite as a way of buying political favour, surely even they will baulk at paying £43,000 for a case of the excellent 2009?

I was thinking about the price of Lafite and the way the top Bordeaux châteaux are courting the Asian market when I sat down at the Cathay Pacific competition to judge a couple of Asian dishes with wine. My panel was asked to taste dim sum and abelone (at HK$100 a portion, no less) with more than 50 different bottles. Even with the meaty, almost mushroomy flavours of the abelone, tannic wines were totally inappropriate. Pinot Noir, Pinot Gris and Chardonnay were a much better bet. We found the same thing with the dim sum. Softer, more textured reds and whites worked best, while almost all the Merlot and Cabernet-based wines tasted awful. 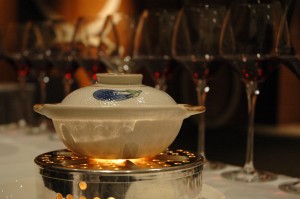 This raises an interesting question. Do any of the people who are buying top notch claret for increasingly exorbitant prices in Hong Kong actually drink these wines with Asian food? Is the brand mightier than the disappointing dining experience that ensues? My guess is that they’re not bothered as long as they are seen to be drinking, or rather serving, a luxury brand. Where Asian food is concerned, we should leave them to it. Meanwhile, who’s for a glass of New Zealand Pinot Noir?