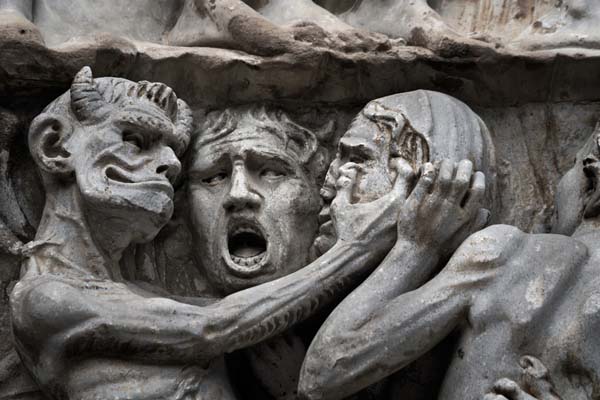 In his play No Exit, Jean-Paul Sartre outlines a vision of hell. It consists of three people who don’t like each other confined together for eternity. Mine? It’s that I’ll be sucked into what seems to be emerging as the leading model of wine journalism, spending all my time generating 100 point scores and brief tasting notes of wines devoid of any wider context. This is the world of the modern ‘wine critic’, and for those of us who like to write, it’s deeply depressing.

The critic model seems to be gaining traction. Only this week it was announced that Antonio Galloni’s Vinous had acquired Stephen Tanzer’s International Wine Cellar. The significance? Once Galloni was tipped to be the successor to Robert Parker as the head of The Wine Advocate, which has long been the most influential source of wine reviews worldwide. Galloni was just one of the Advocate’s team of critics (he joined in 2006), but his importance to Parker was shown by the fact that his annual salary (disclosed on social media) was over $300 000, which is considerably more than wine critics are normally paid. But any dreams of succession that Galloni may have harboured were dashed when Parker sold The Wine Advocate to a consortium headed by fellow team member Lisa Perotti-Brown in 2013. It seemed there was no longer room for Galloni, and he left, starting out on his own.

So for Galloni to buy the International Wine Cellar is an interesting, and perhaps shrewd move. Stephen Tanzer is widely respected, but his publication has very much lived in the shadow of The Wine Advocate. Tanzer is not young, so to sell (although we have no idea of the financials) to an ambitious, driven critic like Galloni probably makes sense. For Galloni, it enables him to grow to a critical mass where he might have a tilt at The Wine Advocate. But the real challenge won’t come just yet. Not while Parker is still around.

The wine critic, as opposed to the wine journalist, is very much an American thing. What’s the difference? The critics are all about rating wines. Their currency is the ‘professional tasting note’. [The prefix here, of ‘professional’, is widely used by the critics when they refer to their tasting notes, as if this gives them some sort of higher status or infallibility.] The wine journalist is more interested in stories. When a critic visits a wine region, their aim is to taste all of the wines from that region, or as many as they can, and ideally more than their competitors. Indeed, some critics find it quicker and more efficient not to visit the wine regions at all, but instead to have the wines sent to their offices, where they’ll taste them in large flights, assigning scores and making brief notes. Critics don’t usually want to spend much time in the vineyards, or chatting with winegrowers, because this slows them down. Many of them aren’t allowed by their publication’s code of conduct to have dinner with producers because this might be seen as undue influence. The important thing is to collect as many of these professional reviews as possible.

Robert Parker started the whole critic thing. He remains the most influential example, a global celebrity in the world of wine. But some time ago he realised that the wine world had grown too big for one person to cover it all, and he began recruiting help. Parker proved to be better at reviewing wines than human resources, and made some bad hires, but the current team WA, now reporting to Perotti-Brown, is a relatively strong one. Each of the critics is assigned a territory, and their job is to generate reviews on a regular basis for publication in The Wine Advocate.

For a long while his only serious competition has been Wine Spectator and its team of critics. Wine Spectator, as a lifestyle magazine, has proper wine journalism in it as well as critic scores, and is extremely influential in the USA, but less so abroad. Robert Parker is now quite old, and close to retirement. The Wine Advocate will continue to use him as a figurehead, and to tout him out at high-ticket wine dinners (now that they have to be more commercially minded: it is thought that the consortium paid him $15 million for his publication), but what happens when he’s no longer there?

Galloni and his newly expanded Vinous would like a slice of the action, for sure. And maverick ex-Wine Spectator critic James Suckling has recently added to his team, and is focusing on building his profile in potentially lucrative Far East markets.

So we have a bit of a land grab situation. The other critic publications, sensing that a post-Parker Wine Advocate might show signs of weakness, are beginning to circle. Of course, you could argue that the market for these sorts of critical reviews has grown to the point that there’s enough for everyone. But my instinct is that there is an oversupply of critical reviews, and that there’s going to be a rather messy fight for subscribers, and that not all will emerge unscathed.

Parker’s model has been a very successful one, but the thought of the wine critic supplanting the wine journalist is rather depressing. Most of us who call ourselves wine journalists or wine writers rather than critics do rate wines as part of our job. But when I visit a wine region, I’m there to look for the stories, to meet interesting people, to capture the sense of the place – as well as to taste wines. Despite the way that the critics operate, wine is not devoid of its context. You can’t really be a useful voice on a particular region’s wines unless you make an effort to get to know that region. The place matters. The people matter.

Of course, some of the critics would counter by saying that they know their specialists regions very well, and some of them do. The best of them travel there regularly, and have a strong network of relationships among the leading producers and trade figures. But where critics get it wrong is in thinking that wine is all about a liquid in a glass, and that the score is a property of the wine they are tasting. I taste a lot of wine from all over the world, but I will never be able to taste as many wines as these critics, because I’m taking time to understand the places I visit. I can’t visit everyone, or taste every producer’s wines, so I am selective. Certainly, if I were a reader, I’d rather have 150 good data points than 2,000 flimsy ones.

Another problem with the critic model is the escalation of scores. The critics nearly all use the 100 point scale. But in this increasingly competitive wine critic landscape, an important part of the model is that your score appears in marketing material such as shelf-talkers and bottle stickers. It’s one of the ways that you build your brand. The irony fo this is that most consumers have never heard of most of the many critical voices – it’s the score they notice. And the score that will be used in this context is invariably the highest. This creates an upwards pressure on scores, and soon we will be running out of points. The situation is particularly bad in Australia, where even a modestly good wine is ranked in the mid-90s by the leading critical voices.

My hope? That the profusion of critics, none of whom have the celebrity status and recognition of Parker, combined with points escalation, will make the wine drinking public realise that this model is a really poor guide to buying and enjoying wine. That they’ll give up their subscriptions, and that the critic model will fall away, to be replaced by a new dawn of proper wine writing.

The alternative vision? As wine writing declines, I’ll be forced to work as a wine critic instead. And instead of spending time in the vineyards, getting to grips with the culture of a wine region, I’ll be stuck in an air-conditioned office, tippy tapping into my laptop as I work through a flight of 120 Douro reds before lunchtime. Welcome to my version of wine hell.