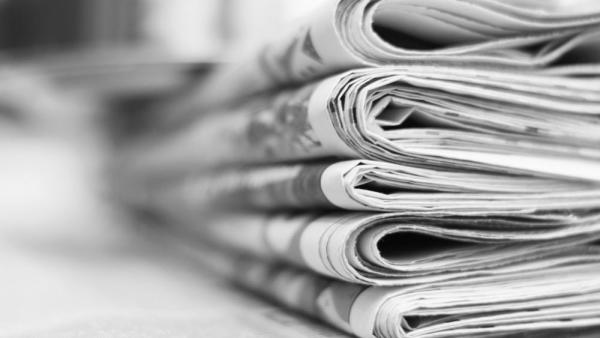 Wine is a many-maligned thing. The punters are snobs and bores; the servers are sycophants or stuck-up; the vendors dress the emperor in the finest invisible silk. None, however, is more deserving of scorn than the critic: depending on who you ask, s/he is either fabulist-in-chief or the eunuch in the winemaker’s harem [1]. Perhaps unsurprisingly for this era of tired reboots, the prix-fixe menu of critic clichés was infamously thrown together the other day by Naked Wines, the self-styled revolutionary with a very establishmentarian backing, the wine trade’s equivalent of the Bad Boys of Brexit. So used to thanklessness is the critic, that he will take even an article that concentrates on taking him down on only two thirds of its length. After all, what have the critics ever done for us?

Which critics, though? Much like there is not one single wine market, there is not one type of wine critic. A breed that rose to prominence in the 1990s, and is probably responsible for much of the enmity, is that of the all-powerful American guru, be it the papal model of the Church of Parker or the Senate version of the Wine Spectator. These are the ones whose dreaded scores rained like thunderbolts from their Olympus on the East Coast, scorching the irreverent, and heating the classic Old World styles until they tasted like grape bourbon. They are the ones who would claim scientific precision in their 95s and 96s. The problem is they were also never wine critics really: they were lifestyle writers, focusing on the luxury end of the market. They were there to serve the wine-related needs of the trophy hunter. They never cared about the history, the nuance, the elusiveness, and the opportunity for discussion that is the real attraction of wine to the hobbyists. Most importantly, they never cared about the fun.

But, I hear you say, you have all the fun you need now. Just go on social media, Instagram in particular [2]. It’s all fun. Loads of fun. Fun, fun, fun. Yes way rosé! In this world, the world of perma-happy self-declared ‘influencers’, it’s all good, all the time. Nothing is ever bad, mediocre, or just plain boring. All God’s grapes got pigment. Maybe these guys and girls are here to stay, maybe they’re cashing in on what is a childhood illness in the development of social media, a bit like that point in time where the YouTube portfolio seemed to consist entirely of cats playing the piano. But I think that, trend-setting as they might perhaps be for one type of low end of the market, wine critics they ain’t.

So who are the wine critics? They are this fascinating group of people who devote an entire career to trying to understand wine. They don’t pontificate, but discuss. They don’t aim to dictate, but inform. Like most experts, they might get consumed by minutiae but, unlike most experts, they tend to recognise these are minutiae when they talk to the outside world. They also often write for the general press or appear on national TV [3], and it is for this that they are not forgiven.

The power! Writing on a national newspaper! Presenting on TV! The Kenneth Tynans of Prosecco, the Roger Eberts of supermarket Shiraz, their thumbs up or down determining the fate of wineries across the globe. Or not? I have no data but I strongly suspect that the vast majority of readers and viewers never actually bother to note these recommendations down to the precise label, let alone actually change favourite vendor [4].

Instead, wine columns serve a function similar to food columns. Maybe one reader out of a thousand will try to replicate the recipe line-by-line. Maybe one out of a hundred will try to make a mental note of an inspiring aspect. Maybe ten percent will casually browse it and go “oh, isn’t that nice”. The rest will turn the page. One could argue of course that a trend can be created (“bought”) via critics. It would only require one to cultivate a network of the buggers, across media, over a period of time. Which is not theoretically impossible, but if one can herd that many cats one’s talents would be better employed elsewhere [5].

There is no greatness demonstration of the baselessness of critic criticism [6] than the suggestion that their judgement might be clouded by a free sample or a free lunch, casting them simultaneously as both kingmakers and beggars [7]. It is this line of attack that perplexes me most of all. A critic of some calibre probably gets to taste upwards of five thousand wines a year. Will your free bottle of a £20 Chardonnay make all the difference really? Does s/he even have the time and inclination to drink it? I love reading but I hate receiving books as presents – it’s like somebody is adding an uninvited guest to a very long queue for a very small club.

Maybe I am too influenced by my only experience of professional criticism, moonlighting as a (genre) music journalist. It was for a tiny publication in a very small market, but we would never even consider the idea that we wouldn’t get a CD or enter a gig for free. After the first week or two, when a new CD landed you didn’t think “oh, wow, a CD!”; you thought “oh, great, here is another hour of work.” Obviously it was different for the VIP treatment at the very choice gigs, much like it is different to review Premiers Crus but, as before, that’s not music or wine, that’s the luxury end of the lifestyle market [8].

So, after all it’s said and done, what have the (real) wine critics ever done for us? For the hobbyist, they are a source of information and entertainment. They report the trends in winemaking and the trends in the trade. The better ones are also good writers and/or good on TV. I’ve not seen many claim either infallibility or absolute knowledge. They are not there to play the Taste Police; they are just your buddy who knows a lot about wine. You ask for their opinion, and then do your thing.

It is wine professionals though, from winemakers, to educators, to vendors that gain the most from critics – that’s why it’s so strange to me when I see them receiving friendly fire. Wine critics can act as a stabilising mechanism to vendors’ and winemakers’ pet fixations. Their helicopter view of the global scene offers insights that are not easy to gain from someone more or less committed to a specific plot of land and particular approach to winemaking. For smaller stores and educators, they give information that might simply not be financially feasible to achieve otherwise. Perhaps most importantly, every column inch and every minute of TV time they get, is a win for wine in general. It really is not that important if they recommended your Chianti or the other guy’s. Most consumers would have forgotten the precise label and year by the time they are down to their preferred store anyway. You would be lucky if they still feel like Chianti. The hope is that they still feel like wine.

1. A favourite of winemakers. Like all makers, they despise criticism from smarty-pants who do not know the craft themselves. Indeed, the only criticism they despise more is that of other makers.

2. Or so they tell me. Twitter is the only channel I am on and that’s already enough of a waste of time.

3. À propos, wine critics in the UK national press are an interesting exception to the rule of most newspaper criticism. Art, theatre, architecture, and serious music newspaper critics tend to be instantly dismissed by most scholars in those fields (even if their media access means they’re sometimes courted). Not so wine critics, who often are themselves the actual scholars.

4. “I usually shop at Tesco, which is on the way home, but today I will drive eight blocks more to Sainsbury’s because I saw that bloke on TV say that the Taste the Difference Gavi is exactly what I should have tonight.” Plausible? Thought so.

5. Say fixing the Eurozone or sorting out the White House.

7. Your words can make or break my winery Oh Great One. Here is a Cheese Ploughman’s.

8. And yes, I have heard the stories in the luxury wine market. I know you have too. But that’s not the core wine market.