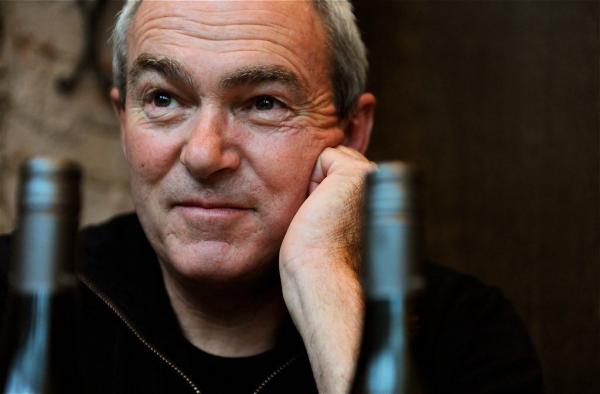 The bar was almost empty when I arrived for a late lunch at the Fulham Wine Rooms with Kevin Judd last Friday. The only other punters were a famous ex-footballer and a friend chatting over a glass of red. Kevin Keegan (for it was he) may be better known in England than the former winemaker of Cloudy Bay, but Judd is an international figure, celebrated as the name behind one of the New World’s most iconic brands. For its first 25 vintages, he was Cloudy Bay.

And then one day in 2009 he decided to walk away. He says he made up his mind on the spur of the moment, creating a new label in a matter of five months, but you sense that the idea had been fermenting in his mind for years, like one of those wild yeast cuvées he’s so fond of. Was he fed up with corporate life? Had the larger volumes of Cloudy Bay Sauvignon Blanc imposed by owner and luxury goods’ manufacturer LVMH and the corresponding decline in quality needled his sense of pride? If they did, he’s not saying. “I don’t have any obligations to LVMH, other than politeness and integrity, but I always talk positively about Cloudy Bay.”

So why didn’t he see out his time there? “I was looking forward to my gold watch in some senses,” he tells me in the clipped, near whisper that people sometimes mistake for rudeness, “partly because LVMH also owns Tag. But it was time to leave. When I did my wife Kimberley told them I wanted a coffee machine instead. So I never got the watch.”

Even though he’s flourished as part of a winemaking team, first at Chateau Reynella in South Australia, then at Selaks in Auckland and Cloudy Bay in Marlborough, Judd has always struck me as a bit of a loner. He’s quiet and introspective, a listener rather than a talker. Interviewing him can be slightly Pinteresque at times: short statements punctuated by silence. He also doesn’t like having his photo taken.

And yet there’s no denying that Judd has a sense of humour. In fact, the more you get to know him, the better company he becomes. I’ve always loved the story about the rock concert-sized sound system at Cloudy Bay. During vintage, Judd’s rule was that anyone in the production team could put on a CD, but it had to be listened to in its entirety. One cellar hand told me that Judd’s favourite trick was to put on the Andrews Sisters as he left to do a few errands in Blenheim.

It’s his sensitivity to colour and light that makes Judd such a great photographer, although his style is arguably better suited to landscapes than people. Self-taught, he has published two volumes of award-winning pictures: The Colour of Wine and, last year, The Landscape of New Zealand Wine. He’s typically modest about his talent, but he’s right up there with the best wine photographers in the world.

People often assume that Judd is a Kiwi, but he’s actually English by birth. He grew up in Totton near Southampton and emigrated to Australia when he was nine. The move started Judd on an academic path that would lead to Roseworthy Agricultural College, where he trained as a winemaker.

He crossed the Tasman Sea in 1983 to work at Selaks, but his big break came two years later when David Hohnen, the Australian owner of Cape Mentelle, decided to make Sauvignon Blanc in the south island of New Zealand and employed him as a winemaker. He was just 24 years old.

The Cloudy Bay success story has been covered elsewhere, but it’s amusing to hear how hand-to-mouth the whole thing was. The first vintage was made at Corbans’ facility in Gisborne of all places. And then there was the name. According to Judd, the production team all hated it (cloudy has two negative connotations for a winemaker), but it was picked from a list of possible monikers by two of Cape Mentelle’s Australian distributors. Otherwise, the wine might have been called Tua Marina.

Even when he was working at Cloudy Bay, Judd was planning for the future. He bought some land, planted vines in the mid-1980s and registered the name Greywacke (a compressed sandstone that’s common in New Zealand) as long ago as 1993. Note to anyone thinking of choosing Cloudy Bay as a specialist subject on Mastermind: the first wild yeast-fermented wine Judd and his team produced as a kind of prototype Te Koko in 1992 was called Greywacke Vineyard Sauvignon.

All the same, he thought he’d never make his own wine. He sold the Greywacke Vineyard in 1999, yet wisely retained ownership of the name. But then, abruptly, he changed his mind. “It was pretty scary,” he says. “One moment I was chief winemaker at Cloudy Bay. The next I was just some guy setting up a new project with no vineyards and no wines to show.”

Judd was well paid at Cloudy Bay, but he never had a shareholding in the business so missed out on the fortunes that others made. Was it that that pushed him out of the door? “It’s true that I didn’t have a financial stake in the company, but I’ve realised that I had a shareholding in its goodwill and that’s helped immeasurably.” The reception he has received all over the world, especially in the UK, has touched him.

Despite setting up in the middle of a worldwide economic downturn and a grape glut in Marlborough, Judd seems to be doing rather well, selling his 10,000 case production without difficulty. He’s also benefitted from the support of two ex-Cloudy Bay employees, viticulturist Ivan Sutherland and winemaker James Healy, who left the company to set up Dog Point Vineyard in 2003. Judd makes his wines in their cellar and sources most of his fruit from vineyards owned, or part-owned, by Sutherland.

“One advantage of starting a business in a financial crisis is that you can buy some great grapes,” says Judd. As you’d expect from someone who’s worked in Marlborough for 26 years, he knows the lie of the local land as well as anyone. He also loves the region and is upset by its recent problems. “The irresponsible dumping of excess wine into the market hasn’t done anything for brand Marlborough. It’s just human greed. People weren’t looking to the future and planted every goddamned inch of the valley.”

His close knowledge of Marlborough’s sub-regions is part of the reason for the out-of-the-blocks success of the Greywacke range. But there’s a human factor too, which starts and ends with Judd and his supportive wife, the winery’s only two full-time employees. The guy is a brilliant winemaker and he’s been revitalised by Greywacke.

The only problem is that Judd has to travel to sell the wine. As a result, he’s barely taken a photograph since 2009. “A couple of bottle shots,” he says, “but that’s about it.” Really? Photography is so much a part of his life, that I find it hard to believe. “Actually,” he confesses, “I did take a couple of pictures of Battersea Power Station early this morning. I’m quite pleased with them. I’ll send them to you.” The observer in Kevin Judd is as finely-tuned as ever. It’s just in abeyance for now.

A tasting of the current Greywacke releases

2010 Greywacke Sauvignon Blanc (£14.99, 13.5%)
Made in a consciously ripe style, according to Judd, but this still seems elegant by the standards of some of the sweeter, more tropical Marlborough styles. It’s stylish and restrained with notes of coriander, grapefruit and lemongrass and a crisp, tangy minerality that wouldn’t look out of place in Sancerre.
93 points

2009 Greywacke Riesling (£15.99, 11.5%)
This is an off-dry style (as is generally the case in cool climate New Zealand), but the 20 grams of sugar is balanced by perky acidity. The fruit is clean and perfumed with flavours of orange zest and stone fruits and a sweet, sappy finish.
89 points

2009 Greywacke Pinot Gris (£15.99, 14.5%)
Pink tinged, as the variety often is, with marked alcohol and a touch of residual sugar, this partially wild yeast-fermented Pinot Gris is rich and textured, with intense layers of pear, honeysuckle and avatar of roses. Really intense and long with old oak barrels adding depth and weight to the wine.
92 points

2009 Greywacke Wild Sauvignon Blanc (£22.99, 13%)
Sourced from eight different sites in the central Wairau and southern valleys, this is Judd’s very successful attempt at a barrel- and wild yeast-fermented style. It’s not completely dry, but you don’t notice the sugar. Savoury, mealy and almost Graves-like, this is the pick of Judd’s “dry” whites.
94 points

2009 Greywacke Chardonnay (£22.99, 14.5%)
This won’t be released until the autumn, but make a note of it now because it’s an impressive Chardonnay. Made from 100% Mendoza (the so-called “hen and chicken” clone) this is very rich and concentrated, but has enough acidity for balance. Wild and slightly funky with honeyed richness and a subtle seam of vanilla oak.
93 points

2009 Greywacke Pinot Noir (£26.99, 13.5%)
A little pricey for me, given the average quality of the vintage for Pinot. This is made from a variety of clones and has 20% whole bunch fermentation for added complexity, but it still doesn’t sing. Bright and cherryish with soft tannins, elegant red fruits and a nip of tannin. Forward and pleasant, but the least complex wine in the range.
88 points

2009 Greywacke Late Harvest Gewurztraminer (£15.99 per half, 14.5%)
The 2011 release of Judd’s sweet wine will be made from Riesling (he didn’t make one in 2010), but this is really tasty. It’s not excessively sweet (90 grams) and it’s beautifully poised, with subtle ginger spice, rose petal and white peach flavours and an extra dimension from ageing in older barrels. Elegant and complex.
91 points

In the UK, Kevin Judd’s wines are imported by Liberty Wines. Contact them for retail stockists