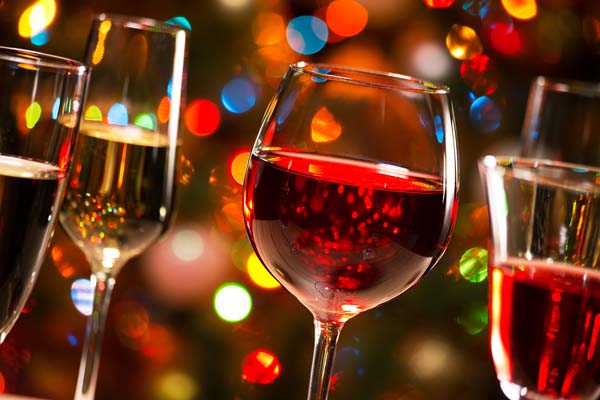 Elizabeth David’s spiced beef recipe is one of my Christmas traditions. It involves rubbing a piece of beef every day for up to four weeks with a selection of spices, sugar and saltpetre. You then cook it for about eight hours, leave it to cool and then carve into very thin slices. I read the recipe every year and try to imagine how it might taste because of course I’ve never made the damned thing. A Christmas recipe that you have to start preparing in November is too much for me and there aren’t any apothecaries in Lewisham for the saltpetre. I think David knew how unlikely it was that anyone would make it as she mentions at the end that Harrods do a very nice spiced beef at their deli counter.

Rather than attempting new dishes, we have the same things every year: smoked salmon, turkey, ham, stilton and Christmas pudding. That’s part of the point. It’s a ritual. Which is a problem for TV chefs who thrive on novelty. You can almost see Jamie Oliver’s soul dying as he says ‘nothing says Christmas to me like a chestnut/ clementine/ row with your mother-in-law’. Giles Coren in the Times wrote recently about the sheer tedium of being a celebrity chef.

“Now Nigella does not give any more of a toss about recipes than you or me. Not any more. . . . You can see the ennui in their eyes.”

With alcohol we are even less adventurous. I imagine that people with some interest in wine might buy a claret or something similar, a white Burgundy, Champagne and Port. But wine writers have all that space to fill at Christmas. We can’t just recommend five wines. In past years for the Lady, I’ve written a New World Christmas choosing only non-traditional wines, a Victorian Christmas with wines that would have been available in 19th century and a step by step Christmas with a wine for almost every hour of the day. I’d even pick special wines to go with Boxing Day leftovers. Anything to fill that yawning space.

I hate to disappoint Lady readers but my Christmases aren’t really like that. I don’t have a special wine to go with croissants and seville orange marmalade. Though perhaps other wine writers do. I like to imagine Christmas round at Ollie Smith’s (the Mail on Sunday columnist) with the table groaning with Edwardian quantities of food. There would be wine paired with each dish and indeed a special wine for patronising the gamekeeper on Boxing Day. Sounds wonderful doesn’t it?

If I could have a wine for every conceivable occasion, these would be some of them:

In our family we open our presents before lunch. A glass of Nyetimber 2009 is just the thing to take away that moment of disappointment and sadness ones gets when you’ve opened them all.

With the turkey I’d have the Clonakilla Hilltops Shiraz 2013. It’s juicy enough to perk up the driest old bird but also has a stalkiness that’s ideal for drowning out the sound of children screaming.

It’s always important to have something interesting but not too expensive when Steve from accounts comes over, Domaine de Brau Cabernet Franc 2013 does the job perfectly.

After lunch, if Casablanca is on television, you’ll need something top quality from France with enough steel to stop you crying at the bit where Victor Laszlo leads the singing of the Marseillaise. Samuel Billaud Chablis 2014 is ideal.

Christmas can be a time for family discord. If you’ve just had a row with someone, wait an hour or two, and then offer them a glass of Blandy’s 20 Year Old Terrantez . It’s just the thing to close old wounds, soothe souls, mend friendships and, after a few glasses, bring about world peace.

And then finally sink into an armchair by the fire with a glass of Delamain Grande Champagne Cognac (expensive but this is my fantasy Christmas after all), a favourite cookbook and think of all the things that you’re not going to cook in the coming year. Remember that even Elizabeth David used to tire of cooking: ‘On at least one day during the Great Too Long Stretch, I stay in bed, making myself lunch on a tray. Smoked salmon, homemade bread, butter and lovely cold white Alsace wine’ (perhaps a Julien Schaal Riesling Rosacker Grand Cru 2014). Much easier than spiced beef. Maybe I’ll break with tradition and do that for Christmas Day next year.