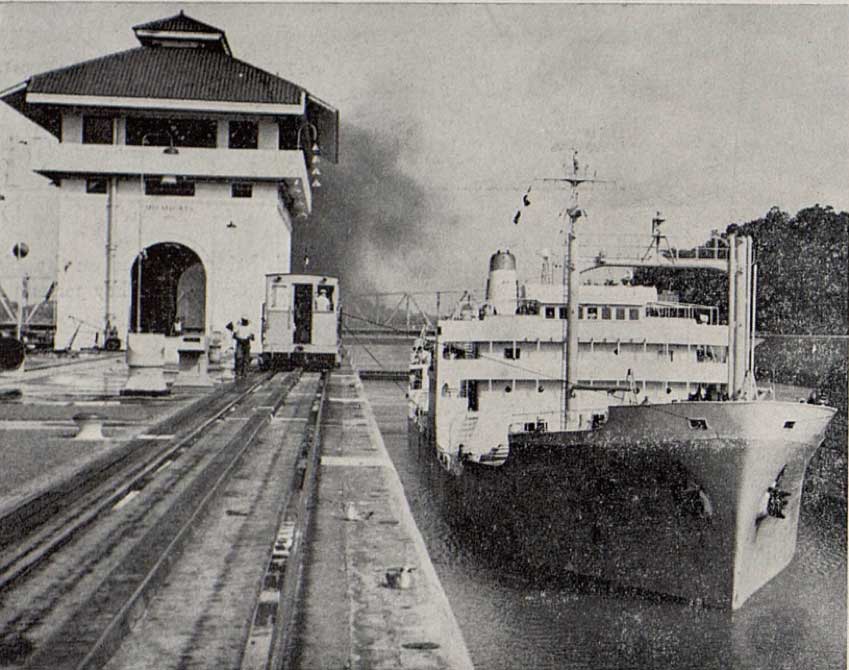 In 1966, the US Senator and presidential candidate John McCain’s father, Admiral John S. McCain, Jr. spoke about wine in congressional testimony: Gallo’s “Thunderbird,” to be exact. Yes, that “fortified” wino’s wine (20-21% ABV) that floated Gallo’s boat to such a degree it came to submerge competitors in the California wine industry. The 4-star Admiral berated the contemporary head of federal maritime affairs, Nicholas Johnson, who stated when appointed in 1964 that he “knows nothing about shipping.” Speaking with a Stars & Stripes reporter at a Japan Embassy event amidst the Vietnam War, Johnson had started rambling “about handling bulk cargos in shiploads […] and mentioned the wine tanker Angelo Petri.” The reporter asked whether he “drinks that lousy Thunderbird wine?” “No,” Johnson replied, “It tastes like it went around in a tanker.”

Beside himself, Admiral McCain specified:

To this committee, I cannot help but observe that any young man . . . who engages in this hind of undignified childish prattle simply does not have the judgment to carry on the duties of his office.

. . . Our people built [the Angelo Petri], and have repaired and overhauled annually each year [….] This tanker is a matter of some pride in our merchant navy. It is the only one of its kind under our flag. Probably the only one in the world exactly like it, with stainless steel tanks, piping, and valves, so that the wine never touches anything but stainless steel, a very expensive ship. The owners are proud of the ship, and very jealous of the quality of their product. You could eat a meal off the bottoms of those tanks, and this young man has the gall to point out that wine which he terms “lousy” tastes like it was transported in a tanker.

During the growing renown for finer-quality California “table wine,” American wine’s, and with it, the nation’s, Cold War reputation lay in the balance, publicly besmirched by the ineloquent maritime administrator (and to the troops no less). “This at a time,” continued McCain, “when President Johnson has ordered that all wines served in American embassies must be American wines.”

The Angelo Petri, however, did not belong to Gallo; nor did it regularly haul sticky Thunderbird through the Panama Canal Zone, where three generations of McCains once lived. Getting wine out of California to the rest of the country was the issue. Glass weighs a lot; bottling near local markets made sense, and, from today’s perspective, had environmental benefits. In fact, in the late 1950s, the new ship made the competitive Gallo brothers extremely nervous, though their company, and American wine drinkers, eventually benefitted from a lower cost product, helping create the wave of California wineries in the seventies.

Professor Maynard Amerine of the University of California at Davis suggested in 1971 that the Angelo Petri, built by United Vintners in San Francisco, impacted the advancing American “interest in table wines” between 1956 and 1970, a period when per capita wine consumption in the United States more than doubled, with California supplying about 90 percent of domestic production. Non-fortified still wine consumption rose from about 1.36 million hectolitres to about 15.1 million by 1980, and the quality and diversity improved by leaps and bounds, quenching the growing thirst.

Put into service in 1957, the Angelo Petri was all about quality wine, at least for the time. It held two and a half million gallons of the vinous liquid in 26 stainless steel tanks, holding from 31,000 to 211,000 gallons, making it the largest wine tanker in the world. Designed specifically for the Panama Canal route, transporting wine west to east, it boasted four thousand feet of stainless steel piping while other European tankers used reactive metals. In 1958, Popular Mechanics marveled at the ship’s design:

A ship that made seafaring history on her first voyage  . . . the $7,000,000 Angelo Petri is America’s first wine ship. The 22,000-ton ship looks from the outside like many another tanker, albeit a spotless one, but inside she is new clear through. […] Every valve and pump, every foot of wine piping, is stainless.  . . . 26 different flavors of wine can be kept separate, with never a drop intermixed. Ships are naturals for wine transport, according to president Louis Petri, because their gentle motion keeps air, the greatest enemy of wine, from mixing with the cargo.

It was, of course, a different time. There were “flavours of wine”; varietal bottlings didn’t exist; most 1950s Americans preferred, “dessert wines,” to use contemporary industry parlance; and Prohibition had left a vinous wasteland in its wake. “We did not sell any varietals to start with, said Petri, “neither did anyone else in the industry. It was burgandy, sauterne; Zinfandel would be closest to a varietal as such, but most wines were not sold under the name of the grape.”

Even in 1957, however, Louis Petri knew that he could count the remaining days of wine like Thunderbird, but he still needed affordable volume. “I’d like to tell you something that absolutely amazed me the other day,” he said in 1969. “Table wine sales finally exceeded dessert wine sales. I predicted, 25 years ago, that this eventually would happen. I’m delighted to see it happen. As the industry makes more and more standard type table wines, they need more and more of the . . . you don t call them varietals as much as you call them wine-type variety of grapes.” Speaking of Louis Martini, Petri opined: “He decided that the future, well ahead of everybody, was in good premium wines in the Napa Valley and was one of the first (other than the few existing wineries such as Beaulieu and Inglenook) to go to the Napa Valley […] and produce premium type table wines, for which the Napa Valley is now quite famous.” Petri had acquired Inglenook, his pride and joy, in 1964.

Louis Petri had not only to compete with Gallo but also encourage the burgeoning appreciation of better quality wine among Americans. He wanted quality, hence the 26 specially-designed tanks “to protect the purity and flavor” of distinct wines. He boasted of the Angelo Petri:

As to the stainless steel tanks, there are no cross-joints, they are all free-standing tanks, just like this glass; no bracing on the inside. On the outside of each tank there s what is called a cofferdam, which gives it the strength from the outside. Each tank is like a large stainless steel bottle. It was a very expensive type of a ship to build.

For each of 13 years, the tanker made seven voyages from California to Houston and Newark through the Panama Canal, or up to 12 ½  million gallons a year. United Vintners paid off the ship’s debt within four years, indicating the venture’s profitability. For comparison, by the end of 1957, Gallo was making 32 million gallons of wine a year, including the famous “What’s the Word? Thunderbird!” United Vintners had found a way to get nearly half that amount to bottling plants in the Midwest from Houston, via Mississippi barges with glass-lined tanks, and the thirsty East Coast, cheaply.

What motivated the $7 million investment? First, the benefits of the Panama Canal dawned on the California wine industry 40 years after its completion. Second, better shipbuilding technology. Third, the railroads’ greed. Louis said:

Oh, yes, the railroads kept raising their rates to the wine industry. There was no other way to move wine long distances other than by rail. The trucking laws were against us . . .  [and] the railroads really were making life miserable for all of us [including Gallo]. Every time they had a rate increase, the wine industry would get the full rate increase. We all protested, but it fell to deaf ears. The railroads in those days—but they have somewhat changed their philosophy now and I think we had a lot to do with helping to change their philosophy—they got as much as they could out of every product. They got whatever the tariff would bear. Well, this was where we got the bright idea of building the wine tanker. . . . I knew most of the railroad people. We threatened them that unless they gave us some rate reductions we would build the ship, but they never thought that we could or would do it. But we did it. We built our wine tanker.

The Gallo brothers decided to stick with land transportation, but they threatened the railroad companies with building a ship like the Angelo Petri. Facing the loss of United Vintners as a client and Gallo’s ultimatum, the railroads instituted substantial reductions in tariffs. As Marty Robbins sang in 1960, “the wine flowed freely.”