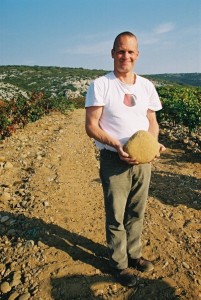 Getting to grips with terroir

“Have you ever thought about making your own wine?” If you write about fermented grape juice for a living it doesn’t take long before someone asks you the question. It always contains a splash of implied criticism. Why don’t you get your hands calloused and sticky rather than sitting at a word processor or roaming the world’s vineyards with a notebook in hand? Why indeed? I admire anyone who grows grapes and makes wine for a living. Forget about the bucolic fairytale: it’s a demanding occupation. Not without its emotional rewards, I’ll grant you, but arduous, nerve-racking and badly paid, even when there were subsidies to be had in Europe. So, no thanks, I always say. I’m happy to be a wine writer: someone who teaches, as it were, rather than does.

To be honest, I did think about making wine once. In 2002, I bought a run down house in the Languedoc village of Paziols (Fitou appellation). The property came with a few parcels of land, one of which was a grubbed up vineyard. I talked to the director of the local co-op about planting a few experimental vines there – the Midi’s first Aglianico and Touriga Nacional perhaps? – but gave up when I realized how much bureaucracy would be involved. I sold the house in 2007 to a bloke who wanted to set up a language school. My life as a potential vigneron ended there. 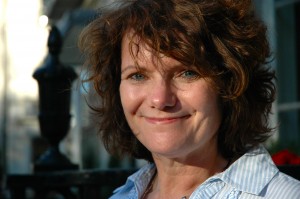 Attending the tasting of the “Outsiders”, a group of Languedoc-Roussillon producers, in London this week made me think about what might have been. They’ve all done what I briefly considered, investing in vineyard and winery projects in the south of France, in many cases giving up successful careers to do so. The dozen members come from the UK, Ireland, Holland, Switzerland, New Zealand, Sweden, the USA and Bordeaux. If the last location sounds less exotic, it shouldn’t do. To most Bordelais, the Languedoc might as well be Tahiti.

Three of the “Outsiders” were already working in the wine business selling or marketing wine for someone else when they set up their domaines . The rest came from very diverse backgrounds: business management, nursery school teaching, advertising, TV production, finance, construction, banking and taxation. All were drawn by the lure of the south and the desire to take a few risks with their lives. 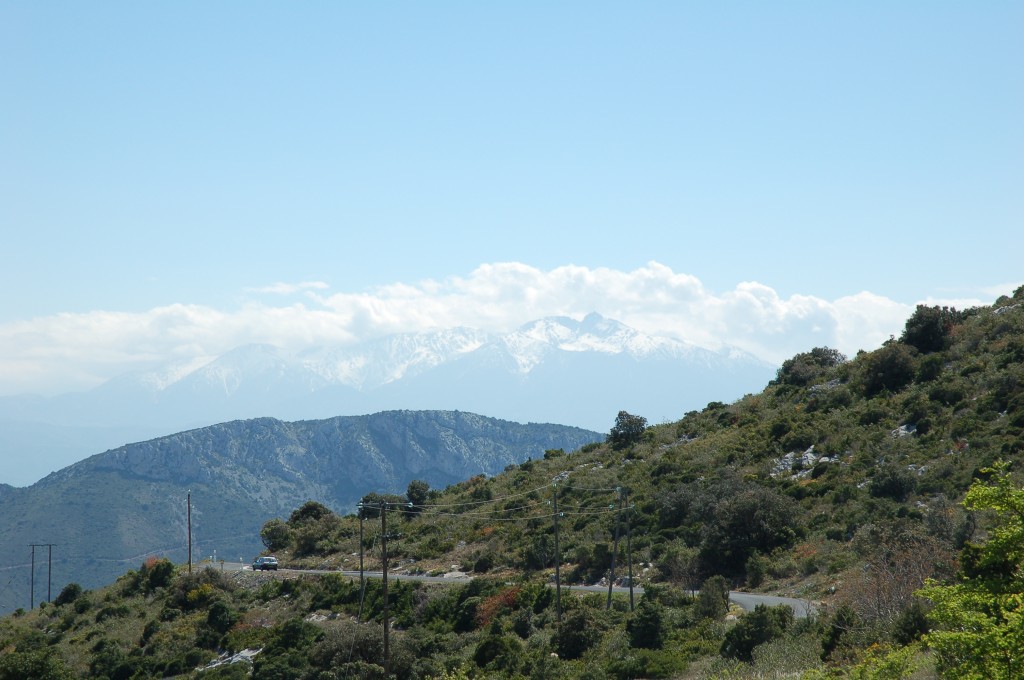 Rush hour in the Languedoc

All of the outsiders have tales to tell, but the one that moves me most is Jonathan Hesford’s of Domaine Treloar. He lived 500 metres from the World Trade Center, saw both planes fly into the buildings on September 11th and might have been at a meeting on the 110th floor that morning in 2001. He gave up his job and moved to New Zealand with his partner, Rachel Treloar, to learn how to make wine at Lincoln University and then at Neudorf Vineyards. Quite a career change.

The quality of the group’s wines varies, but the best wines are very impressive. Just as importantly, I’ve never seen such a healthy, apparently happy bunch of people. They are all doing what they want to do, living the life of French vignerons. “We used to live and work in London,” said Deborah Core of Mas Gabriel, “but we don’t miss it. We took the tube this morning and wondered how we put up with it for so long.” 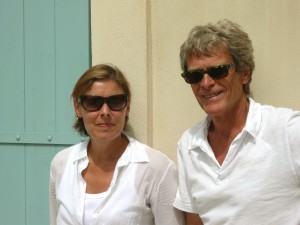 Sir John Hegarty, who still holds down a demanding day job as the creative director of ad agency Bartle Bogle Hegarty in London, says that he likes being an outsider in France. “I’ve always believed that when the world zigs, you should zag. It’s a philosophy of not following the crowd. Making wine is very, very easy. But making good wine is unbelievably complicated. It’s like anything creative. To do it really well, you have to be fearless and full of energy.” You can say that again. I salute the collective energy of this wonderful group. I suspect we’ll hear more from them in the years to come. Thanks to people like this, the Languedoc is finally fulfilling its potential.

2009 Château Rives-Blanques, Limoux Chardonnay, Odysée
Classy, barrel-fermented Chardonnay from the hills of cool climate Limoux, this has lovely poise and acidity, with notes of nectarine and vanilla and a crisp finish.
90 points
Imported by Tanners

2009 Mas Gabriel Clos des Papillons, Vin de Pays de l’Hérault
I drank quite a bit of the 2008 vintage of this Carignan Blanc when I was on holiday in France last summer, and the 2009 is just as delicious. Honeysuckle, pears and apples, with a fresh lingering finish and just a touch of wood.
90 points. Imported by Terroirs Languedoc

2009 Domaine Jones Blanc, Vin de France
Katie still lives in Paziols, where I once had my house, but her grapes come from Maury in the Roussillon. This deftly-oaked Grenache Blanc contains a touch of Muscat, and it’s utterly delicious. Stylish, aromatic and refreshing, with hint of orange zest, citrus fruit lift and haunting minerality.
93 points. No UK importer, but available direct from the Domaine Jones website.

2008 Hegarty Chamans, Cuvée No. 2
I prefer this, the cheaper, Grenache-based blend to the Syrah-dominated Cuvée No. 1. Grenache just seems to do really well in this painterly valley. This is firm yet refreshing, with flavours of blackberries, pepper spice, wild herbs, chocolate and fresh tealeaf nicely intertwined on the palate.
91 points. Imported by Adnams

2006 Domaine Treloar Tahi, Côtes du Roussillon
This Roussillon-based domaine is making some increasingly impressive wines. This sleek, oak-aged blend of Syrah, Grenache and Mourvèdre is surprisingly elegant for such a big wine. Complex, vigorous and balanced with subtle spice and aromatic red fruits. Long and very minerally, with the structure to age for another three to five years.
92 points. Imported by Hallgarten Druitt and Leon Stolarski

2009 Domaine de Cébène Les Bancèls, Faugères
Brigitte Chevalier used to work in Bordeaux for Jean-Luc Thunevin, and she’s made the leap from sales to winemaking look easy. Her wines are all excellent, made from low-yielding vines. This is polished yet appealingly wild, with the 50% Mourvèdre adding a savoury depth. The tannins are supple and very fine, with refreshing acidity lifting the flavours of wild herbs, raspberry and plum. A domaine to watch.
94 points. Imported by Leon Stolarski