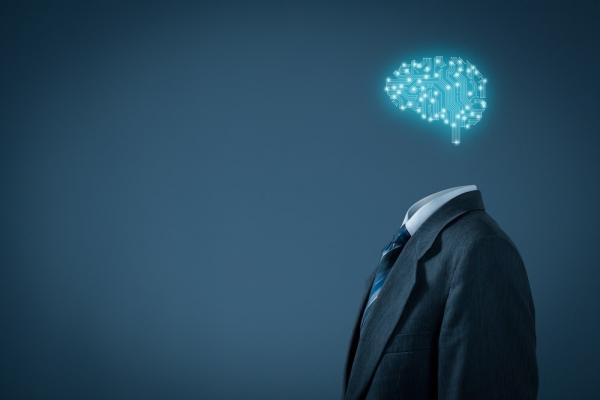 The two words that come to mind when one thinks of the “Wine Spectator’s” lineup of wine critics — James Laube, Matt Kramer, Tim Fish, James Molesworth, Harvey Steiman et al.— is Artificial Intelligence. And, in fact, the entire publication is written by software developed by the entrepreneur Elon Muscadet. I suspect that the news that “Wine Spectator” is written by a machine will not come as a shock to anyone who reads it, but, nonetheless, it’s an astonishing achievement.

I was the first reporter allowed an inside look at how A.I. is responsible for the most influential wine publication in America that’s taller than the folks picking grapes. It changed the way I think about wine, wine reviews and wine reviewers. Though I was aware Matt Kramer was loosely based on a human being, I had no idea he runs on flashlight batteries. You don’t want to be the guy who has to change them.

“Wine isn’t that complicated,” Hunter Poynts, “Wine Spectator’s” A.I. guru, tells me, “and assigning them numeric scores couldn’t be easier. I think it’s clear from the proliferation of imbeciles giving numbers to wine on the internet that, for the consumer, assigning meaning to scores is like believing someone’s weight on their Tinder profile. Where the hell did they come up with that number? They need to buy a new Hundred Point Scale, the one they stood on is broken.”

The challenge was to make it seem like the wines submitted for review had been tasted by a living person. Laube, Kramer, Fish, Molesworth — all of the “Wine Spectator” team—had, at one time, been real people, but now are owned entirely by Marvin Shanken, who farms them for organs. This made Poynts’ job considerably easier.

“I had decades of their reviews to feed into the computer, in most cases. It’s not hard after that for the A.I. to then fabricate a believable review of, say, the latest release of Ridge Zinfandel and put Tim Fish’s initials after it. Frankly, it’s not much of a challenge at all; the guy has the vocabulary of a mynah bird. Multiply that by the hundreds of reviews in any issue, though, and that makes it a task a human being couldn’t accomplish. For the computer, it takes a few seconds.”

Poynts did run into challenges when it came to inputting Molesworth’s reviews. “I kept getting error messages, and links to Google Translate asking if I wanted them in English.” He also made the mistake of entering James Suckling’s old “Wine Spectator” reviews into his A.I. program, which meant that nearly every wine the program reviewed received 99 or 100 points. “How was I to know,” Poynts laments, “that Suckling is the Donald Trump of wine? Every wine is ‘Fantastic,’ or ‘Brilliant’ or ‘Huge.’ Suckling says less with more than anyone in the wine business. He’s a buffoon. Well, I guess maybe the hair should have tipped me off.”

It didn’t take long for the computer, sarcastically referred to around the “Wine Spectator” offices as “Bot and Paid For,” to learn how to write convincing Bot and Paid For reviews. Assigning scores is simple. “There aren’t any surprises in ‘Wine Spectator’ scores,” Poynts points out. “And everyone knows the points don’t have to reflect the written review. So the computer cranks out a Molesworth review of, say, the 2015 Margaux, with his usual random and unappealing descriptors — warm tar, lilac, juniper, iron — who the fuck wants to drink warm tar and lilac? It’s 2015 Margaux, however, and the computer already rated the vintage highly, so A.I. knows it’s an easy 99 points. Duh. ‘Duh’ is the reaction most scores in ‘Wine Spectator’ receive from knowledgeable wine lovers, most of whom ignore it. A Bordeaux with a similar description, but not as famous, gets 89 points. Again, Duh. It’s not that we all don’t know this is how it works, it’s that the computer can crank it out endlessly, and without a big expense account for ‘Miscellaneous Prescription Drugs.’”

At this point I asked Poynts about the accusation, long aimed at “Wine Spectator,” that the scores given certain wines are influenced by advertising dollars. It would be simple to program that into the A.I., and it would certainly make sponsors happy. “Nah. We don’t do that,” Poynts says. “Listen, the magazine isn’t about promoting wine, it’s about promoting itself. That’s where the money is. Wine, spirits, cigars, they’re completely irrelevant. ‘Wine Spectator’ is a vanity publication, like ‘O,’ or Jay McInerney. The subject is always itself and how important it is. You see? The wine doesn’t matter in the least. That’s why those hundreds of scores are buried in the back pages. They’re like website legal disclaimers — you have to have them, but nobody reads them. You check the box, forget about them, and move on.”

It’s not just wine descriptions and scores in every issue that Bot and Paid For generates, it’s everything! That sounds difficult, but, when you think about it, every issue of “Wine Spectator” is as formulaic as an episode of “Will and Grace,” but with more laughs. A.I. is quickly becoming more and more humanlike, but it still hasn’t learned to be a genuinely creative thinker. Luckily, “Wine Spectator” hasn’t had an original idea in 30 years. Cranking out the Restaurant Issue once a year, the 100 Top Wine Values, the Top 100 Wines of the Year, the Cabernet Report, takes all the originality of porn parodies of hit movies. If you got big dicks, use ‘em. Which leads me to the columns.

It was hard for me to believe that an A.I. program could write columns under so many different names. When I expressed that to Poynts, he laughed. “Everybody who writes for ‘Wine Spectator’ writes in exactly the same way. Two sentence paragraphs, dry and witless. That’s the ‘Wine Spectator’ style book. They’re more tightly controlled than Elton John’s paunch. People often say that James Laube could write his column in his sleep. He does. I just program Bot and Paid For to ‘Melancholy Dipsomaniac’ and, hell, that Napa crap writes itself.”

Poynts tells me that he has the next four years of Matt Kramer’s columns already written. “There’s a good one coming in October 2020. Until then, just the same insufferable crap.” The program that comes up with the Kramer column was borrowed from IBM’s Watson, the A.I. that beat the humans on “Jeopardy.” Matt Kramer, in other words, is a product of our digital overlords’ desire to humiliate us. His power and condescension speak to the “Wine Spectator” core audience, people who crave humiliation — those in the wine industry themselves.

The next time you pick up a copy of “Wine Spectator,” remember that what you’re reading was written by Artificial Intelligence. Computer-generated descriptions, predictable scores, columns duller than New Zealand Sauvignon Blanc; in other words, what you’ve come to expect from every issue suddenly makes sense. How could actual humans write this crap? Turns out, they don’t.