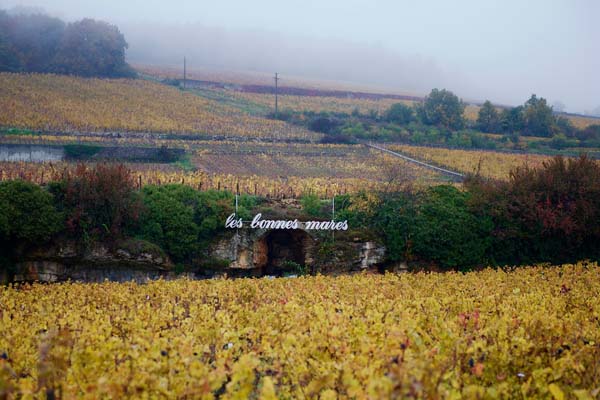 “Soil is dirt.” I’m sure the Californian producer Bill Jekel was being deliberately provocative when he entered into a well-publicised debate about terroir with Bruno Prats of Château Cos d’Estournel at the end of the 1980s, but he was also articulating a position that was widely held in the New World at the time. To many winemakers outside Europe, where you planted your grapes was of secondary importance to what went on in the winery. With the right skills and equipment, base metal could be turned into vinous gold.

It’s a measure of how much the wine world has changed that the recognition of the existence and importance of terroir (of which soil is obviously an important part) is largely a done deal. The word may have no direct English translation – a sense of place or the American wine writer, Matt Kramer’s term, “somewhereness” are as close as we get – but it’s accepted as self-evident that place matters.

The current winemaker at Jekel Vineyards, Bill’s successor Charlie Gilmore, whose “heart is always in the vineyard no matter where he is”, talks about the “climate, the soil and the long, cool growing season” of Monterey on the winery’s website and the “exceptional” fruit they provide.

But maybe the debate about terroir still has some life in it. Next month the University of California Press publishes Professor Mark A Matthews new book, Terroir and Other Myths of Winegrowing. A trained academic, Matthews has no time for what he calls “tradition without thought” and, over the course of more than 200 densely argued pages, criticises many aspects of terroir. He believes that the increase in the use of the term (which is a surprisingly modern phenomenon) has more to with marketing than with scientific reality.

Terroir, “a kind of window dressing”, rarely features in “leading plant journals” and is used by a minority (or even “fringe”) of scientists, according to Matthews. He concedes that “the grape is necessarily a product of its environment” but maintains, somewhat confusingly, that there is “no evidence of grapevines having unique reactions to environments”.

Unsurprisingly, Matthews has no time for poetry or “the spiritual aspect of terroir”, preferring to concentrate, more prosaically, on “how the grapevine and its environment interact to make a grape”. Terroir, he concludes, is a “shibboleth that establishes an in-group in a world unto itself. This isn’t wine appreciation…it is more like wine snobbery.” Discuss, as they say.

It’s certainly true that there is much we don’t know about the way vines react to their environment (an alternative word for terroir perhaps). It’s also true that terroir is often used to excuse bad winemaking or grape growing and that good vineyards can produce poor wines in the wrong hands, just as mediocre ones can produce very drinkable ones.

And while we are acknowledging such verities, I think that Matthews has a point when he asks whether wine writers have “done the work to critically evaluate the myths and legends they endorse”. Most of us aren’t trained scientists. We accept some things as axiomatic that are nothing of the kind and should ask more questions. Are massal selections always superior? Do lower yields mean better wines? Is hand picking always better than machine harvesting?

But in the end I disagree with many of Matthews’ conclusions. It’s obvious that different winemakers will bring their own personalities to bear on grapes from the same vineyard – just as two photographers standing in the same spot will take different shots of the same scene – and that there is a human element to the way terroir is created and interpreted, but that doesn’t make terroir a “shibboleth”. You only have to taste two Bonnes Mares Grands Crus from the same producer, one grown on limestone soils, the other on clay, to realise that it’s much more than that.

Terroir is multi-factorial. Indeed, you could argue that, as it is understood by most people in the wine world today, it is so broad as to be virtually meaningless, including elements of history, tradition and received wisdom as well as soil, climate, plant science and geology. But that would be a mistake. More often that not, the best sites consistently produce superior wines. That’s why Bâtard-Montrachet tends to taste better than Bourgogne Blanc.

Call me a journalist subject to the “myths of winegrowing”, but I also believe that there is an element of teroir that transcends scientific enquiry. Call it the “psychology of place”, to use the architect David Adjaye OBE’s term, if you like. Call it mysticism. Or call it an acceptance that there are some things in life that cannot be explained in purely rational terms.

A friend of mine who is a professional musician told me that she could tell if an instrument had been well played by a previous owner. “It’s as if the violin is imbued with its own history,” she says. I feel something similar about great vineyards. You can analyse the soils, look at degree days and crunch as much data as you want, but the best sites have an undeniable je ne sais quoi.