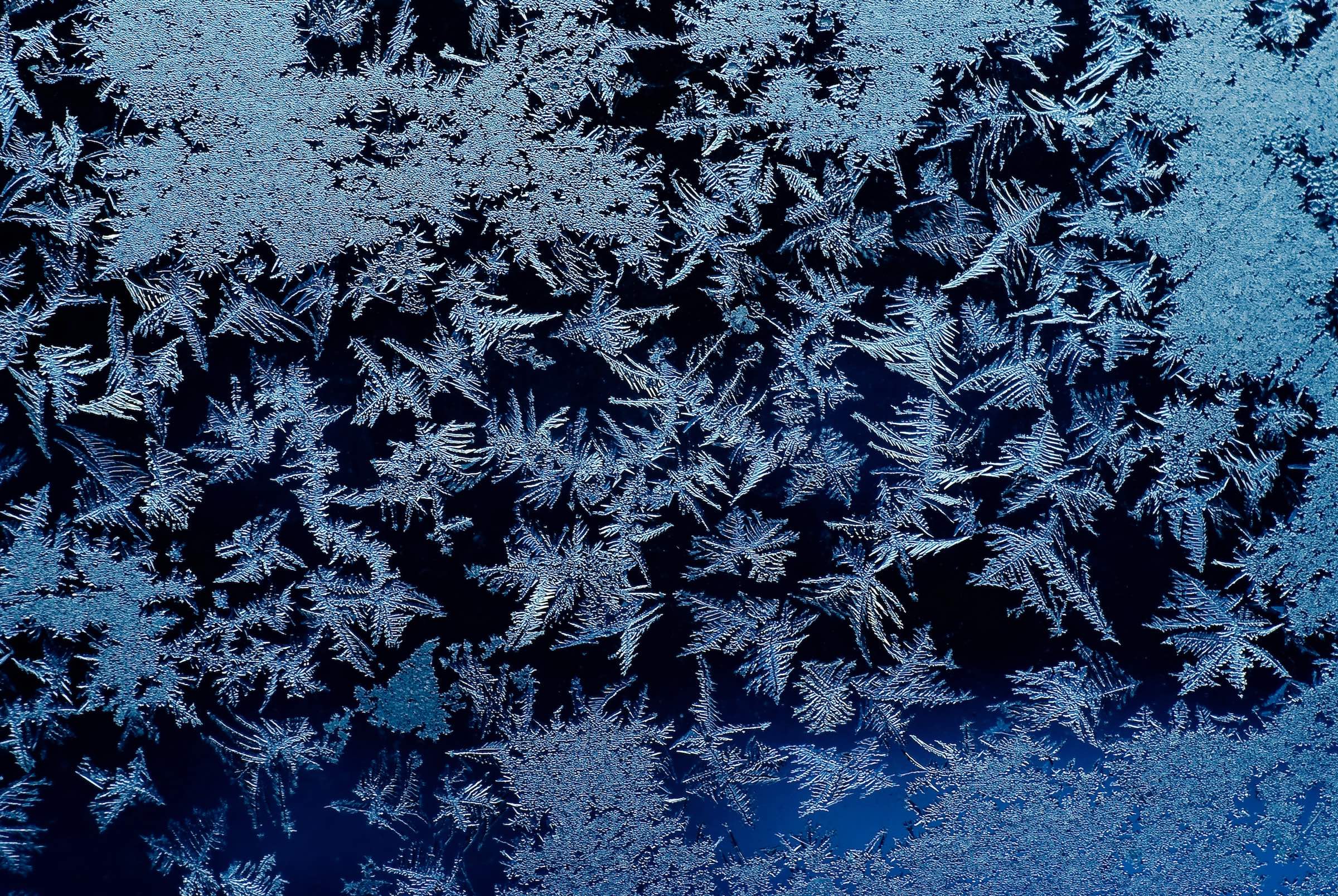 In the early 1990s, I tried growing wine grapes in Louisiana, near the Mississippi border. As I recall, Ruby Cabernet, the cross developed in 1936, was among the selected varieties. “The purpose for the creation of the crossing of the grape varieties utilised to produce Ruby Cabernet,” Wikipedia verbosely tells us, “was to obtain the superior quality of a Cabernet wine, and the resistance to heat of Carignan.” People thought I was crazy, of course, and they were right. The effort failed even before Pierce’s disease became a problem. The extreme heat and humidity north of the Crescent City simply defeated Vitis vinifera.

Fortunately, I’ve lived in other successful regions once deemed “too marginal” for quality wine production, including the Willamette Valley in the 1970s, the Finger Lakes in the 1980s, and Nova Scotia in the late 1990s. In these locales, the naysayers proved to be terribly wrong. The marginality of these regions stemmed from the cold, of course, in terms of winter kill, often bracing summers, and early autumnal frost.

The idea of growing vinifera in Oregon was ridiculous. “In the mid 1970s it was accepted wisdom that Pinot Noir would never be produced successfully outside Burgundy,” recalls Jancis Robinson MW. In the 1960s, David Lett changed all that. He believed in marginality, big time, not just for Pinot Noir but also for Pinot Gris. Lett knew of his pioneering forbearers. “The history of Pinot Gris in the United States probably began with an experimental planting [in the late fifties] by Konstantin Frank in the Finger Lakes Region of New York State,” he recounted in 2004. Frank failed with Pinot Gris in Upstate New York but succeeded spectacularly with other vinifera varietals. So did Lett’s Willamette Valley venture, Eyrie Vineyards, with both Pinots.

Lett believed that climate marginality gives great wine regions their edge. Frank believed in New York’s unmargined potential and set out to prove it, naysayers be damned. In 1964, the Odessa, Ukraine, PhD declared “America and the Americans . . . are still behind the moon” in wine. Two years earlier, he had released his first Rieslings. “Before Dr. Frank came to Hammondsport,” reported the 1964 New York Times, “nobody here had been able to grow the types of grapes used in the best European and California wines.” His research colleagues didn’t see the point and continued placing all bets on hybrids to beat marginality. In 1973, Dr. Willard B. Robinson of Cornell told a Times reporter: “Last year we named a new grape variety, Cayuga White [for one of the nearby Finger Lakes] that produces a high‐quality dry table wine very much like the German White Riesling. We expect it will eventually become the backbone of the industry.” I recall slurping “refreshing” Cayuga White on a winery tour in 1988; it had indeed established itself. But I much preferred the Rieslings and Gewürztraminers of Hermann J. Wiemer and Dr. Frank’s Vinifera Wine Cellars, recently upstarts, on the same tour.

In the late seventies and early eighties, my father collected Lett’s wines from Eyrie Vineyards (I snuck a few bottles, now and then). His Pinot Noir became famous after he entered the 1975 South Block Pinot Noir in a Gault Millau competition. Mr. Lett’s belief in the virtues of “marginal climates” underpinned his move to Oregon from California in the mid 1960s: “Pinot Noir and Chardonnay were planted in Burgundy where they barely make it to maturity . . . These varieties could have been planted in Bordeaux where, in its warmer climate, maturity would be assured each year. The same is true for Bordeaux, where Cabernet Sauvignon, Sauvignon Blanc and other varieties just barely made it to maturity . . . Why weren’t they planted in Provence where maturity would be a certainty? The answer became increasingly apparent — for a vine to yield its best fruit (and consequently the best wines possible) it must mature its fruit in precise harmony with the end of the summer growing season.”

My first Nova Scotia winery visit was in 1998, to Sainte-Famille Wines. Having just moved from the Finger Lakes, born in Oregon, I had hoped to find vinifera. I still recall the aromas and flavours of Baco Noir and Lucy Kuhlman. Burnt rubber. Images of the tyres of a Dodge Charger peeling out on asphalt flash in mind, even today. For many years, I banned hybrid wines from my restaurant’s wine list, despite vociferous complaints from Nova Scotians about not supporting the local industry. Everyone said the climate was impossible for quality vinifera, “too marginal,” so I should offer wines from hybrid grapes.

As in the Finger Lakes, Nova Scotia’s marginal climate lay behind the logic for only planting hybrids. Those naysayers proved to be wrong too. Fortunately, around 2015, I no longer needed to veto Nova Scotia wines. Benjamin Bridge sparkled with vinifera. By 2017, Michael Lightfoot’s biodynamic methods produced extraordinary Lightfoot & Wolfville Chardonnay and Pinot Noir to grace the list. So too did Riesling from Gaspereau Vineyards.

The Finger Lakes winemaker Hermann Wiemer estimated in 2007, “Climatic warming trends will affect where Pinot is propagated. We should see more consistent quality and ripeness throughout the region.” He was right.

That’s the nub here: climate change, imposed marginality, and wine quality. In any case, the naysayers have no place. Tim Atkin recently commented of “knowing and believing” in “our collective response to climate change”: “There are still, remarkably, deniers out there, some of them in positions of power, but most of us can observe what is happening to our warming world.” Indeed.

That’s been the case for longer than most of us remember. Speaking of Napa and Bordeaux, viticultural scientist Gregory Gambetta poses the question: “ . . . climate change will determine regional winners and losers. The winners will be the regions where warming allows for increased quality winegrape production, and the losers will be where quality wine grape production becomes impossible because it is simply too hot. The United Kingdom is a great example of a current winner, with rapidly expanding production and reputation. But in well-established regions how much warming is too much?” (emphasis added).

I’ll leave you with another brief example from my personal history: the Desert of Almeria, that is, the other climate extreme and perhaps the future of once non-marginal appellations. Between 1999 and 2009, in a rush of bureaucratic wisdom, the Junta of arid Andalusia established no fewer than 17 new wine appellations, including the Desert in 2003. I often wonder why the parchedness evoked by the appellation’s name never clued some government official into its “too marginal” characteristics. Nevertheless, I planted about five hectares of widely spaced bush vines there in 2017. They did well, especially late-ripening, drought-resistant Garnacha and Monastrell, though only helped by some legally questionable drip irrigation. This ochre landscape with flat-roofed, white-washed houses constitutes the driest part of Europe; its only true desert, Tabernas, lies next door, a few kilometres away. There’s no agriculture save almonds and olives. Desertification is active. Ancient water wheels lay dormant alongside empty cisterns. Yet, the Junta’s list of approved varieties for the appellation include Merlot and Cabernet Sauvignon, Chardonnay and Sauvignon Blanc. Why not Pinot Noir and Gris?

Despite my optimism six years ago, taking a lesson from Louisiana, and without radical intervention, such as regenerative viticulture, the Desierto de Almeria is too marginal given contemporary realities and climate change, of which drought forms an important, but less discussed, component. As one news report said this year: “The wine harvest season is starting early this year in France, Germany, Italy and Spain, as extreme heat and little rainfall this summer are forcing winemakers to pick their grapes up to a month before they usually would.”

The history of Oregon, the Finger Lakes, and Nova Scotia — all wet places — demonstrates the huge potential and relatively quick success of “too marginal” regions and winegrowing pioneers such as Michael Lightfoot, Hermann Wiemer, Konstantin Frank, and David Lett. Our worldwide problem now is the example of the Desert of Almeria, our foreseeable future; “too hot” and “too dry” for quality wine grape production have already paid visits to Bordeaux and Napa. In either case, though, the naysayers, Tim’s deniers, are wrongheaded. The answer is to deal with it now, even as individual wine drinkers.

Some say hybrids, long bred for cool-climate viticulture, will provide the answer to marginality in the other direction (see “Why Hybrid Grapes Could Be the Future of Wine” by Jahdé Marley). I resist. As in Nova Scotia and the Finger Lakes, perseverance and obstinance with vinifera will win out. I’m heartened by examples like Familia Torres’s experiments with planting appropriate ancestral varietals, reducing CO2 emissions, and seeking out higher vineyard sites cared for with regenerative principles in mind.

Old vines have obvious virtues, but new vineyards will be established. Valuable lessons already exist regarding heat and drought. Appropriate clonal and varietal selection is critical; “there is too much Merlot in Bordeaux,” says Peter Sisseck. Moving to higher and cooler locales may be the answer, but the problem I see is the “change” part of climate change; it’s too rapid and unpredictable. That said, both Homo sapiens and Vitis vinifera are highly adept and adaptable species up to a point (some places, like Louisiana’s Florida Parishes, will never produce quality wine, sorry Wild Bush Farm & Vineyard). Naysayers and deniers, though, only make the problem worse.

The moral of the tale? I’m going back to the old saw of consumers’ (and wine directors’) obligation to intelligently exercise their purchasing power, starting first and foremost with the products of certified organic, biodynamic, and regenerative viticulture. Without entering the current debate about the three practices’ differing virtues, all mean a healthier planet. Buy them. Give them priority when deciding among various wines. Promote them. Don’t be a naysayer. As Tim said, “now is the time for action.”

Photo by Sergey Mikheev on Unsplash