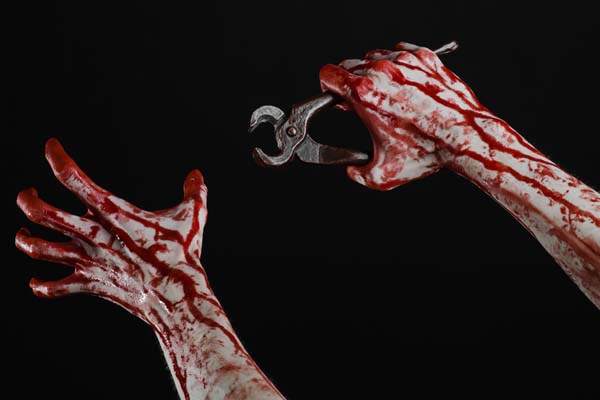 Mad Frankie Fraser, the notorious gangster who died last week, was famous for using pliers to extract his victims’ teeth under torture. One hesitates to say that the wine trade could have used the skills of a man who worked for both the Kray Twins and the Richardson gang, but there are times when persuading consumers to trade up can feel like pulling molars.

The average price of a bottle of still wine stubbornly refuses to go above £5.50. There was some celebration when it topped £5 for the first time in 2013, but this was misplaced. If you take successive duty increases into account, the real price of wine has fallen in recent years. Duty on wine has increased by 46% since 2008, while total tax (including VAT) has doubled in a decade.

Ten years ago, £4.99 would buy you something that was drinkable and even quite pleasant on occasion. Today, the pounds don’t stretch as far. Even if they ship a wine in bulk and bottle it in the UK, sourcing from producers who are desperate, short of cash or working in countries with cheap labour forces and/or weak currencies, retailers are finding it increasingly hard to make the numbers work at the bottom end, even if they take smaller margins.

I’ve just finished the annual round of supermarket, discounter and off-licence tastings and I can confirm that enjoyable sub £5 wines are pretty rare. Take away a few bulk varietals from South Africa, Chile and Argentina, the odd Cava, Spanish Garnacha, Sicilian red and Hungarian white blend and you’re not left with a great deal.

To put it bluntly, a lot of people are drinking vino that is mediocre or worse. Remember that £5.34 is the average price of a bottle of light wine and that some consumers are prepared to pay considerably more than that. Just talk to Oddbins, Waitrose, Marks & Spencer or Majestic, all of whom are successful at selling more expensive wine.

To bring the average price that low, a significant chunk of the population must be drinking wine that costs £4 or less. Take away duty, VAT, packaging, shipping charges and you’d be hard pushed to bottle alcoholic tap water at that price. The wine in the bottle is invariably disgusting.

Wine Intelligence believes that what we are seeing is the emergence of a “two class wine market”, as outlined in its 2014 The UK Wine Market Landscape report published this week. CEO Richard Halstead says there are “two separate and distinct segments, with very different drivers. On the one had you have a growing group of highly-involved consumers who are seeking quality and new experiences; on the other you have less involved consumers who are unwilling or unable to trade up.” Four out of 10 consumers are comfortable spending over £8 on a bottle of wine, but 9% typically spend less than £4 and 33% less than £5.

For all the growing interest in more expensive wine – recognition that the value sweet spot lies between £6 and £10 as well as market reality? – the average bottle price does not reflect what it costs to make, ship and sell good wine at sustainable levels of profit. To put it another way, wine is too cheap for the long-term health of the industry.

How have we arrived at this point? The retailers themselves must carry a good deal of the blame. Even if they can, and do, argue that they are merely giving impecunious, recession-hit consumers what they want, there’s no denying that cheap wine is regarded as a way to lure people into stores, or “drive footfall” as they would put it. Competition between the big supermarkets in particular (and the pressure applied by discounters like Aldi and Lidl) has kept prices low, even if we seem to have seen the back of loss leading and three for £10 deals.

But the major multiples and discounters aren’t the only culprits. In our own ways, all of us have allowed this to happen, just as those of us who are passionate Europeans have failed to make a strong case for continued EU membership in the face of rising Euroscepticism and calls for Brexit. Importers, agents, journalists, sommeliers, PR people and retailers have all failed to make a collective case for trading up.

Asking people to spend more money is never an easy message to convey, but we need to emphasise the difference between cheapness on the one hand and value for money on the other. These are often very different. With wine, as with most things, you generally get what you pay for. Partly as a result of the horse meat scandal and the ongoing revelations about campylobacter in chickens, consumers are starting to take a greater interest in what they eat, as much for the sake of their own health as for the quality and flavour of what they put in their mouths.

I hesitate to say this, but maybe what wine needs is a minor scandal that exposes the way bargain basement wine is made, blended and traded. Otherwise, I can’t see the UK’s polarised wine markets converging. It would take more than a sadist with a pair of pliers to change the wine buying habits of a nation.