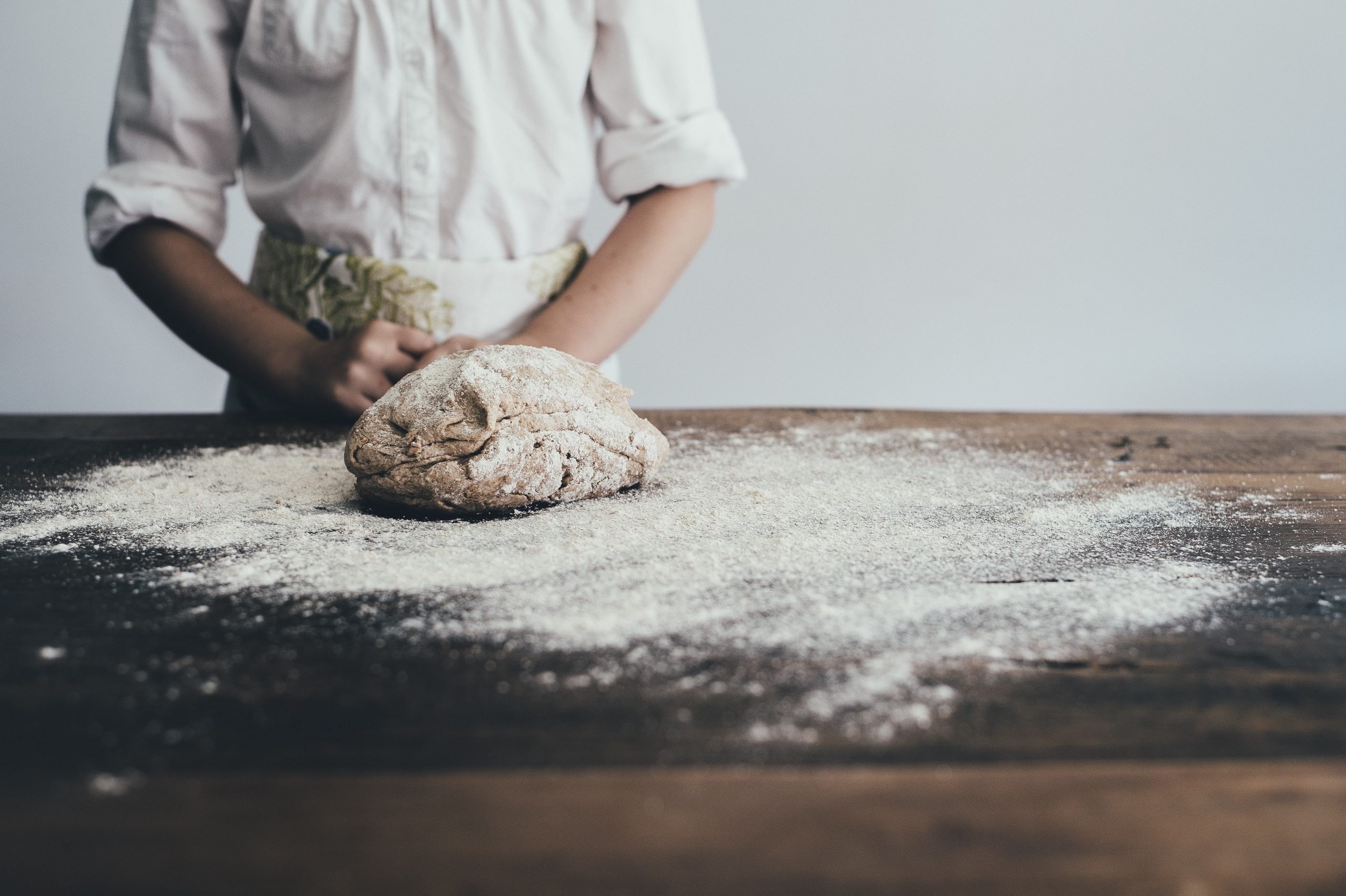 My school coat was made of Harris Tweed. This is not relevant to anything, except that the other day I came across a wine with Harris Tweed tannins. They were good – brisk, slightly scratchy, but refreshing. Are we moving away from the idea that all tannins must be silky or velvety? If so, bring it on. There are more fabrics in the world than that, and more textures, too.

But what is texture in wine? Is it just about tannins? Or sugar? Or alcohol? For Dirk Niepoort, it’s about picking early. ‘Picking early gives texture. Acidity is more important than alcohol. Acidity is part of texture. Acidity is texture.’ He doesn’t do lees-stirring because ‘you only do that if you have weak wines. It was developed to impress the journalists. Wines taste better when they’re young but they don’t age.’

For most of us, though, acidity is about flavour. Is it possible to disentangle texture from flavour? When I describe acidity as raw or soft, am I simply describing flavour – acidity that tastes more acid or less acid? Alex Hunt of Berkmann Wine Cellars thinks ‘it’s pretty much essential to separate texture from flavour because if you don’t you reduce it all to undifferentiated “taste”; but that’s easier said than done.’ For texture, let’s think of food, and in particular, fish: the difference between plaice and turbot is a difference of texture. They don’t taste that different. And just as you’ll pay an extra £35 a kilo or so for the texture of turbot, so lifting wine above the merely wet gives it more interest; something to carry the flavour through the palate.

Because that’s what texture does, I suggest: functionally speaking; it gives the flavour something to hang on to. Wines can have more subtle flavours – think of wild yeast fermentations – if they have good texture. They don’t need to shout. ‘Pinot Grigio’, says Hunt. ‘The difference between ordinary and good Pinot Grigio is a difference of texture as much as of flavour. You’re not looking for more flavour intensity.’

A wine with no texture – just wet, simple and disappearing – has no interest. Hunt points to the sort of watery Sauvignon Blanc with no texture: ‘it relies on pungency because otherwise it would be neutral’. And ‘detailed’ – that’s a word I use quite a lot for wines of precision, where one flavour or sensation follows another, each one in its place. It’s about texture, and how that texture defines the flavours. But too much texture can get in the way of flavour, too: think of the concrete tannins one used to find in young Barolo; you had to climb over them to reach the flavour. Or an over-extracted warm-climate red, with too much of everything and certainly not enough of Niepoort’s acidity: it feels like bathing in glue.

Hunt points to Chardonnay as a wine which ‘operates at the point of maximum intersection between flavour and texture, and with a great deal of variety. Condrieu has interesting texture and flavour, but not much variety. There’s a huge range in Chardonnay. Though the danger in white Burgundy at the moment is a timid approach: there is still a fear of premox. So we get less skin contact, less solids retention, less lees contact, more filtration. All these decisions serve to decouple the carriages of taste from the locomotive of terroir.’

Fascinating texture has always been a mark of great wines. Hugh Johnson, in his memoirs, talks of 1964 Viña Tondonia Blanco, ‘aged 15 years in barrels black with age in cellars dripping with damp,’ and in ‘a state of lemon-scented wax-textured equilibrium’. Château Margaux 1953 had ‘a limpid texture that made me think of cream poured over gravel’. Or young Latour, which he says is almost as much about texture as taste: ‘the sense of energy and grip on the palate, of something pent-up and hidden, is almost metaphysical.’ Michael Broadbent once compared the texture of a Burgundy to ‘intimate skin’, which would probably get him into trouble now.

Aromas have texture, too – or seem to have. They can feel powdery – think of the smell of  daffodils – or oily, like hyacinths slightly past their first youth. Does that have a physical cause, or is it purely associative? Hunt reckons the latter. Aroma is gas molecules, he points out. ‘Aromatic texture is an evocation, an anticipation of texture that the brain provides.’

The physical causes of texture are many and mostly involve or affect flavour too. Residual sugar gives texture; so does alcohol. Tannins are an obvious source of texture, as is the oak that will soften them, along with time. Tannins from whole clusters can have a particular texture. Lees have a huge effect on texture, whether it’s lees-ageing in bottle for fizz, or lees-stirring in barrel for still wines. Wine from warm years has a richer texture than wine from cool years, which is obviously tied to ripeness and as many of  the above as you want to include. This is all obvious.

To get down to the molecular level, I asked Ian Kellett of Hambledon, who knows more about biochemistry than most of us. He says, ‘I’m nervous of being considered an expert on texture. I think from a biochemistry point of view I would make the observation that the longer-chained molecules – which are named polymers – are repeats of the same molecules glued together by chemical bonds, often in a long spiral form. These longer-chained polymers can be very long and give physical mouthfeel and texture. Not viscosity, that is not what I mean. But the sensation and “grip” inside the cheeks can be augmented by these longer chain polymers.’ In order to avoid breaking these chains in his wines he refuses to use pumps in his winery: ‘using a high rpm impeller pump, which puts the wine or juice under some increased pressure and also creates torsional action on those polymers, is quite likely to cause some mechanical cleavage of the bonds holding the long polymers together, thus shortening them and thus reducing texture/physical mouthfeel. So using gravity enables us to maintain the longer-chained polymers and protect their chain length much better than using an impeller. It’s just about being gentle with the juice; like making bread carefully by hand instead of by machine in a large industrial bakery.’

Texture in bread is an obvious comparison: a supermarket sliced loaf can have a flavour which pretty much imitates the flavour of proper bread, but it’s not interesting because the texture is so awful. A friend says the inside of a dachshund’s ear has the most wonderful texture. And think of textiles. The texture of silk or the texture of linen will carry a pattern slightly differently. Textiles are synonymous with texture: cashmere feels like cashmere, and cashmere is a useful descriptor for tannins if you want to suggest you have expensive tastes.

In fact texture offers endless opportunities for one-upmanship in tasting – or its opposite, if you want to humblebrag. How about thread-count as a measure of wine density? A wine with 400 thread-count density might have the perfect balance between fluidity and weight; 600 might be too heavy, and no better in any other way. Below 200 it wouldn’t even be worth counting.
And instead of  ‘silky’ as an adjective, let’s be precise. Thin lining silk, would that be? Or Thai silk, a bit stiffer and grainier? Or the heavy twill of a scarf? Make that an Hermès scarf, if you want to annoy people.

Might that rosé have the texture of cotton lawn, or perhaps the stiffness of denim if made more robust with a bit of oak? And as for cashmere: cashmere tannins can become six-ply cashmere tannins, which immediately brings to mind the Harlan red I tasted on a hot day last month, when cashmere of any sort was not a happy thought. Or if all that grates like a Harris Tweed collar on a bare neck, how about tannins as smooth as the inside of a Big Mac box?

Either way, just make sure you don’t describe any texture as polyester. That’s not humblebragging; it’s just landfill.

Photo by Annie Spratt on Unsplash