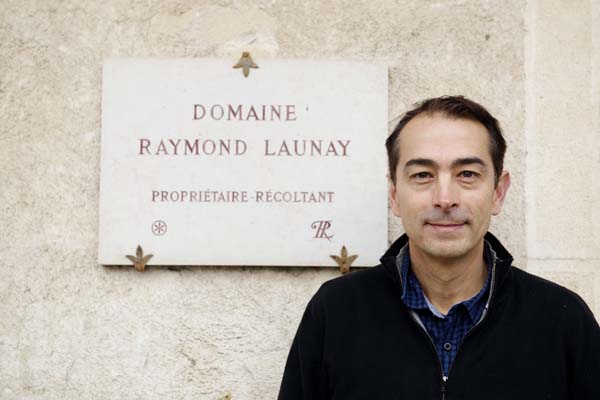 The front room at the Domaine Launay-Horiot in Pommard looks like something out of Miss Havisham’s mansion in Dickens’ Great Expectations. It’s dusty, cobwebbed and, on first acquaintance, more than a little sad. The furniture has barely been touched for a decade, and it shows.

There’s a significant difference between the house on the Rue des Charmots and the fictional spinster’s quarters, though. Miss Havisham’s rooms reflect the humilation and heartbreak of someone left swindled and abandoned at the altar. Greed partly explains the grime here too, but the neglect wasn’t deliberate. Instead, the domaine was mothballed while two family members fought each other over their inheritance in the French courts for 11 years.

It’s a story that’s becoming all too familiar in Burgundy and has worrying implications for the future of one of the world’s greatest wine regions. As the price of the best vineyards moves ever closer to the stratosphere, propelled by purchasers for whom price is almost irrelevant and may even provide tax breaks, so internecine disputes are providing more work for lawyers.

Even if there’s no conflict over inheritance, French taxes make it increasingly difficult to keep domaines in family hands. There are ways to reduce the fiscal reckoning – transferring everything to the next generation as early as possible, for instance – but it’s still an expensive business. One producer in Gevrey-Chambertin with an impressive portfolio of Grands Crus told me it will cost him €12m just to leave his estate to his kids.

Given the chance to pocket a fortune, it’s not surprising that some inheritors are tempted to flog the family silver, as it were. The price of deals is rarely made public – Domaine Faiveley’s recent acquisition of a 0.1 hectare parcel of Musigny from the Dufouleur family was the latest example – but people talk. According to my sources, the going price for a hectare of Grand Cru is anywhere between €20m and €75m, assuming you can buy a whole hectare. These days, great parcels are offered by the ouvrée (0.042 hectares) or even the row.

In other words, you can imagine the stakes when Raymond Launay died in 2000, leaving a domaine and four hectares in Pommard and, more significantly, two Gevrey-Chambertin Grands Crus. O.16 hectares of Chambertin and 0.17 hectares of Latricières Chambertin doesn’t sound like much – combined, they’d cover a quarter of a football field – but these parcels are vinous gold dust.

Launay left his estate to his daughter and grandson, Xavier Horiot. The former wanted to sell; the latter, aware that the Launay family had been in Pommard since the 18th century, and that his grandfather had expressed second thoughts about including his daughter in his will, given her lack of interest in winemaking, wanted to take over. Eleven years and €80,000 in lawyers’ fees later, the Court of Cassation decided in Xavier’s favour. The sad irony was that his aunt died within two months with no heirs.

Horiot was an air force pilot, who had done a wine course at Bordeaux University in the hope that the courts would find in his favour. But, otherwise, he had no idea how to run a small estate. He borrowed money from the Crédit Agricole and rolled up his sleeves. From 2011 to 2013, he sold his grapes, merely to survive, suffering from the hailstorms, like everyone else in Pommard. Then in 2014, using a grant from FranceAgriMer to buy a press, a few tanks and some barrels, the renamed Domaine Launay-Horiot made its first wines with the help of consultant Véronique Girard. “I felt that Pommard would benefit from a woman’s touch,” he says.

I heard about Domaine Launay-Horiot when Xavier sent me an email out of the blue. After listening to his story, I don’t think I’ve ever wanted to like a range of wines so much. Here was a guy who could have taken the money and ignored all those centuries of history, who didn’t need to spend a decade in court. But he did it because he loved his grandfather and wanted to make wine.

Tasting the first sample from barrel, a Pommard Les Perrières, I was almost as nervous as he was, especially as Pommard is far from my favourite source of red Burgundy. It was very promising for a village wine. Even better were the Pommard Premier Cru Clos Blanc and the Pommard Premier Cru Rugiens. But what really put a smile on my lips were the Chambertin and Latricières-Chambertin, two tiny cuvées that are brilliant expressions of these contrasting vineyards.

Xavier Horiot had no idea whom to sell his 2014s to. He just made them with conviction and a sense of optimism. Before I got back into my car, I emailed Jason Haynes of Flint Wines and encouraged him to visit. And the upshot is that Domaine Launay-Horiot has a new importer, who is as excited about the wines as I am. Unlike Miss Havisham’s, Xavier Horiot’s story has a happy ending. “The next thing I’m going to do is redecorate the front room,’ he says.