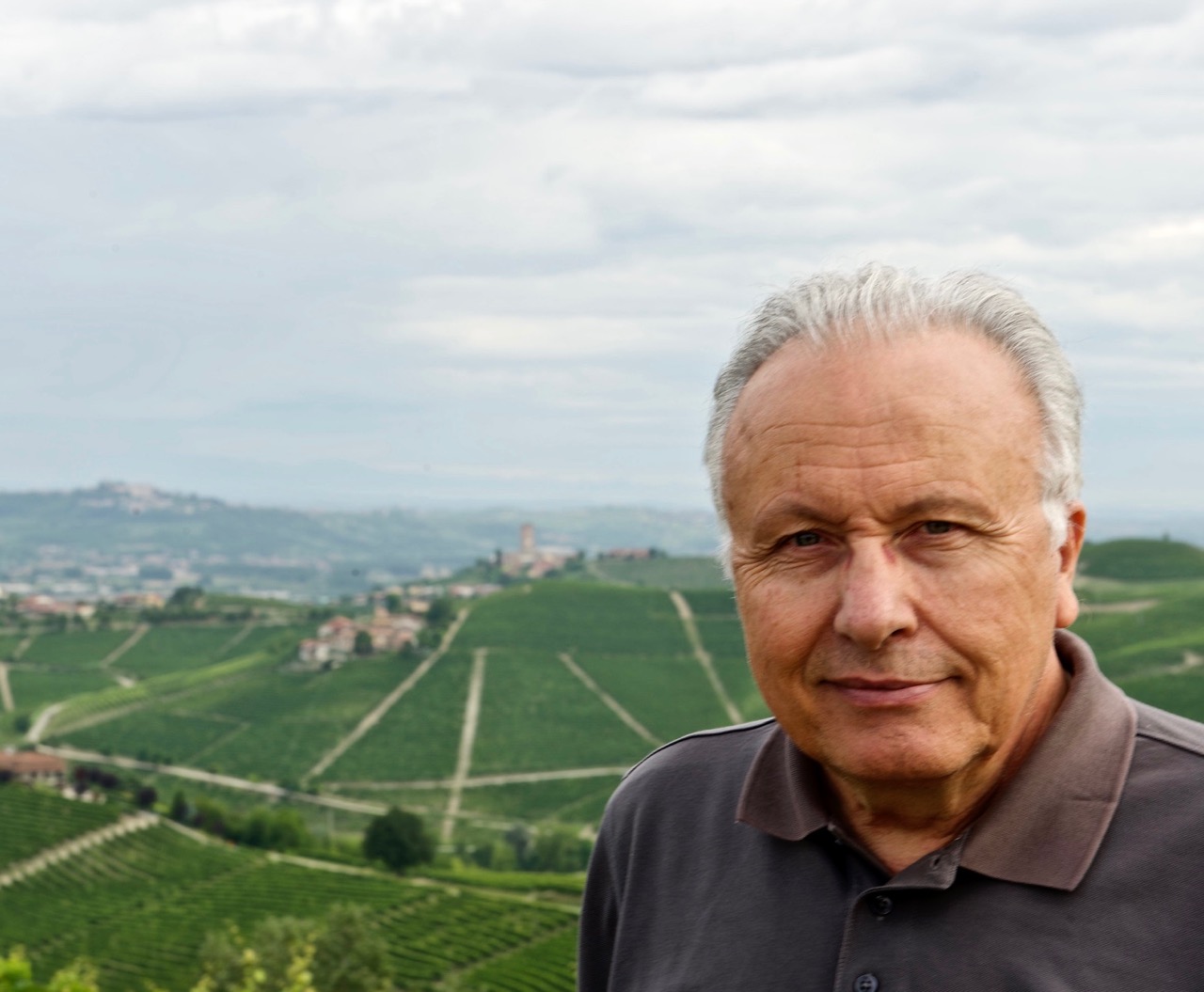 At an age when most men are contemplating the prospect of a free bus pass, Angelo Gaja is as youthful and energetic as ever. His hair may be grey now, but Italy’s most famous winemaker still moves at a pace that is closer to a jog than a stroll. Spend three hours with him and he barely pauses to catch his breath. The flair, the passion, the downright brio of the fellow are remarkable.

Gaja meets me at the entrance to his winery in Barbaresco, dressed in a suit and designer coat with the collar turned up against the cold. The 2009 harvest has barely finished, but Gaja is already buzzing about the wines that are fermenting in his stylish modern cellar. “2009 is like 1990,” he tells me, grabbing my arm for emphasis, “good everywhere. There was a little bit of rain in the south, but in northern and central Italy, it’s an excellent vintage.”

How things have changed. When Gaja joined the family winery in 1961, it was a struggle to make good Barbaresco. “In five vintages out of ten, Nebbiolo didn’t reach 12% alcohol,” he remembers. “We couldn’t chaptalise and even if we reduced yields, it was hard for us. It often rained in September. Climate change has been a boon for Piedmont. Since 1995, the grapes have reached full maturity almost every year.” With the exception of 2002, when Gaja bottled no Barbaresco or Barolo, every other vintage has been “beautiful”, although 2003 was not without its problems. The worry now, says Gaja, is that “too much sun will make alcohol levels too high”.

The Gaja winery was celebrating its 150th anniversary when I visited, complete with an exhibition showing the four different generations, including Gaja’s three children, two of whom are already working in the business. Angelo is often described as the man who dragged Piedmont into the modern world, but as we walk past the photos, he pauses in front of a black and white portrait of his father, Giovanni. “My success is due largely to him,” he tells me. “An artisan is someone who learns from within his family. I went to school with him in the winery and the vineyard.”

For someone with such a prominent ego — listening to him talk, there are times when you could imagine him running a small African country – Gaja is surprisingly modest. “A leader is someone who is able to take some decisions earlier than other people, and I did that by introducing barriques, longer corks, increasing vine density, green harvests and better tannin management, but my father was an innovator too.” Giovanni put the name Gaja in big red letters on his labels in 1937, demonstrating a flair for marketing that he passed on to his son. He also started to buy up some of the best vineyards in Barbaresco after 1964, including the three crus that have made the winery’s modern reputation: Sorì San Lorenzo, Sorì Tildin and Costa Russi.

More importantly, according to Angelo, Giovanni had a deep love and knowledge of Nebbiolo, and the ambition to make the best examples in the world. “He was ignorant in many ways about other grape varieties and he never travelled, but he was the most complete artisan in the area and a great taster. He realised that lower yields were the route to top quality, halving the number of buds per vine, and he wasn’t afraid to declassify wines and sell them off in bulk when they were bad.”

Relations between the two Gajas were not always harmonious, mind you. Giovanni, who attended the office every day until he was 87 years old, famously opposed his son’s use of new barriques as well as his decision to plant Chardonnay, Sauvignon Blanc and Cabernet Sauvignon (the name of the resulting wine, Darmagi, is Piedmontese for “what a pity”). “To him,” smiles Gaja, “wine only had one colour — red — and it had to be made from local grapes.”

For all his desire to praise his father’s achievements, Gaja is no mean operator himself. He says that he “has lived through the big changes in Italian wines over the last 30 years” but omits to mention that he has been a catalyst for many of those changes. “As recently as the early 1980s,” he says, “sweet Lambrusco was the flagship for Italy in the USA. Our image in other countries was mostly cheep and cheerful, too.”

The modern revolution, according to Gaja, began in two regions: Piedmont and Tuscany. The first was and largely remains an area of family-owned small holdings farmed by what Gaja likes to call “artisans”; the latter has a more aristocratic tradition, with larger estates, more outsiders and noble families such as the Antinoris and the Frescobaldis. Burgundy and Bordeaux are a good parallel here.

“Piedmont is a magical area,” says Gaja, “like Etna, Montalcino and Bolgheri. The impact that the vineyards have on you is physical. The scenery is beautiful and the wines have a personality and a character that is unique. Tannins and acidity are the specificity of this region, even if they are difficult to understand. You need to have the will to discover Nebbiolo; unlike Cabernet it never occupies the centre of the room.”

That may be so, but Barbaresco and Barolo are much easier to sell in 2010 than they were in 1961, when Gaja started to work with his father. Back then, there were only 128 producers in the two regions and only five of those sold wines made from their own grapes. Today there are 500 producers, 350 of which are growers too. It’s no coincidence that the local wines are generally more approachable in their youth and middle age, partly thanks to Gaja’s innovations. “The temperature of fermentations is much more controlled now. In the old days, they used to get up to 36C and the wines often had residual sugar in them after two to three months. Leaving the wines on skins for so long led to massive extraction, volatile acidity and stuck fermentations.”

Gaja makes 18 different wines from vineyards in Piedmont (100 ha), Montalcino (27ha) and Bolgheri (110ha), amounting to 350,000 bottles in total. The move southwards into first Barolo (where Gaja makes Sperss and Conteisa) then Montalcino (Sugarille and Rennina), then Bolgheri (Promis, Magari and Camarcanda) has broadened the winery’s focus over the last 20 years, but Gaja says that he won’t invest outside Italy. He came close to doing a joint-venture with Robert Mondavi in 1989, but concluded that it would be “like a mosquito having sex with an elephant: very dangerous and not much pleasure”.

What his children do is up to them, however. “I don’t have to put meat on the table. So it’s their choice what they do next. If it were up to me, I’d be tempted to invest in other parts of Europe, maybe Bordeaux, Alsace, the Rhône or Spain.” And what about a Nebbiolo project outside Piedmont? “The grape has been here for 800 years and growers have learnt where to plant it and how to grow it. Maybe there are areas that will be as good as Barbaresco and Barolo, but they have to be researched and developed.”

Gaja says he respects what the New World has achieved but is less interested in drinking many of its wines. “The appeal of the New World is the appeal of opulence. We live in a world of opulence – jewels, Ferraris and 150m metre boats – and a ‘perfection’ that is often manipulated. Europe has to recognise opulence but recognise what is important in elegance. Elegance doesn’t need perfection.”

If he were starting from scratch today, I ask him, where would be go in Italy, given the price of the best vineyard land in Tuscany and Piedmont? “Campania, Basilicata, or maybe the Marche,” he replies. “Italy has so much potential. Because of its shape and its two climate types (Mediterranean and Continental European) it has an enormous range of terroirs. There are 1500 grape varieties in Italy, many of which are virtually unknown. No other country has that richness.”

Controversially perhaps, Gaja believes that Italy’s next big success will be with its white wines. “Pinot Grigio and even Chardonnay are a little bit boring, but Fianco is excellent, and I love Vermentino, Greco, Ribolla and Arneis, too” he says. Anyone who has tasted his 1999 Gaia & Rey Chardonnay may disagree about the boring tag, but that doesn’t diminish his enthusiasm for Italy’s diversity.

He’s handed the day to day running of the business over to his two daughters, Gaja and Rossana, but Angelo Gaja has no intention of retiring in his 71st year. He’s still walking, still cycling, still driving through the hills of the Langhe at ludicrously high speeds. But most of all, he’s still a force of nature. Italy is lucky to have him.