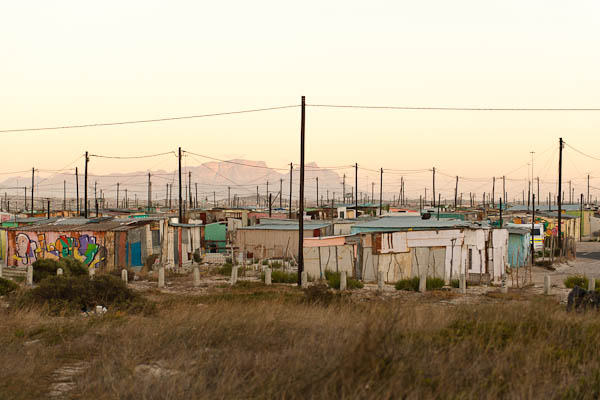 Talk about negative publicity. No wine industry would welcome headlines about the “dismal, dangerous lives” of its agricultural workers, but for South Africa, still keen to persuade the world that it has moved on from its benighted past, the recent report by Human Rights Watch (HRW) is potentially very damaging.

Based on more than two months’ research in the Cape, the detailed, 96-page report lists a number of abuses on fruit and grape-growing farms, including low wages, poor housing, lack of access to drinking water and hand-washing facilities, summary evictions, insufficient protection against pesticides and barriers to unionisation. Add occasional examples of the outlawed dop system (where employees are part paid, illegally, in wine) and the picture couldn’t be much worse.

But how accurate is “South Africa: Farmworkers’ Dismal, Dangerous Lives”? The first thing to say is that it’s a good piece of research carried out by a respected NGO. To dismiss it as an example of “seriously biased, sensationalised gutter journalism”, as one Cape producer did to me, is unfair. The report makes a number of serious points about “abusive practices” and, more tellingly, about the government’s failure to implement its own legislation to protect the Western Cape’s 121,000 farm workers.

And yet the report isn’t above criticism. In the absence of specifics — individual farms aren’t named and shamed “to reduce the risk of retaliation against those who told their story” — it is hard to respond to its charges. Where is the “pig stall” that one man and his family have been living in for 10 years? We shall probably never know.

The study also fails to distinguish sufficiently between the fruit and wine industries. Most of the bad press has focused on the latter — “South Africa’s world-class wine tainted by unpalatable human rights report” screamed one headline — but the majority of the documented abuses appear to relate to the former. HRW covered 60 farms in total, of which 21 were visited by its researchers. Of those 60, only 20 were wine or wine and fruit farms.

To put these numbers in perspective, there are 10,746 farms in the Western Cape, 3,596 of which sell grapes to producers and co-operatives and 653 of which make their own wines. In other words, the report focuses on less than half a per cent of the total, which is hardly enough to claim that abusive practices “occur to varying degrees on a wide array of farms”. Is it fair to tarnish a whole industry, based on such a small sample?

Ken Forrester, one of South Africa’s leading producers, says that the allegations are misleading. “With the knowledge that I have of labour conditions in and around Stellenbosch with approximately 500 growers, the report is inaccurate, if not misguided and seemingly sensation-seeking.” Su Birch, CEO of Wines of South Africa (WOSA), agrees: “Readers of the report have no basis for understanding how representative the sample of respondents is.”

The author, Kaitlin Cordes, concedes that it is a qualitative rather than quantitative study, but says that it “accurately reflects the conditions that we documented in the course of our research”. She points to the 260 interviews the HRW team conducted with “farmworkers, farm dwellers, farmers, farmers’ associations’ representatives, labour brokers, civil society members, legal services providers, representatives from the fruit, wine and alcohol industries, academics, third party auditors, labour inspectors, government employees and politicians”.

Incidentally, it would be interesting to see what HRW would make of the conditions of agricultural labourers in, say, Argentina, Portugal or the United States, let alone China or India. As the report acknowledges, South Africa has its own problems because of the transition from “paternalistic arrangements between owners and workers to relationships between employers and employees”.

To be fair to HRW, its primary target is not the wine industry, but the South African government. “South Africa’s existing legislation…affords workers much greater labour and housing protections than they currently receive,” it points out. Even President Zuma, a man not known for acknowledging problems, has admitted that “conditions for many farm workers…remain far from ideal”.

But that’s only part of the story. Beyond the winelands, South Africa has more than its share of challenges — mass unemployment, crime, a largely unskilled work force and corruption, to name only four – but it is making progress.

The same applies to the Cape wine industry. It isn’t perfect, but it has created its own Wine Industry Ethical Trade Association (WIETA), supported Black Economic Empowerment and Fairtrade projects and taken steps to combat alcohol abuse and foetal alcohol syndrome. And then there are individuals such as Paul Cluver, Graham Beck, Bernard Fontannaz, Jan Boland Coetzee and Charles Back who have actively promoted change.

Speaking of making a difference, how should UK consumers respond? Putting pressure on retailers to support wineries that treat their workers fairly is part of the answer, but so is being prepared to pay more for their wines. South Africa’s average bottle price is currently £4.19, some 34p below the market mean. The difference could go a long way in the Cape winelands.