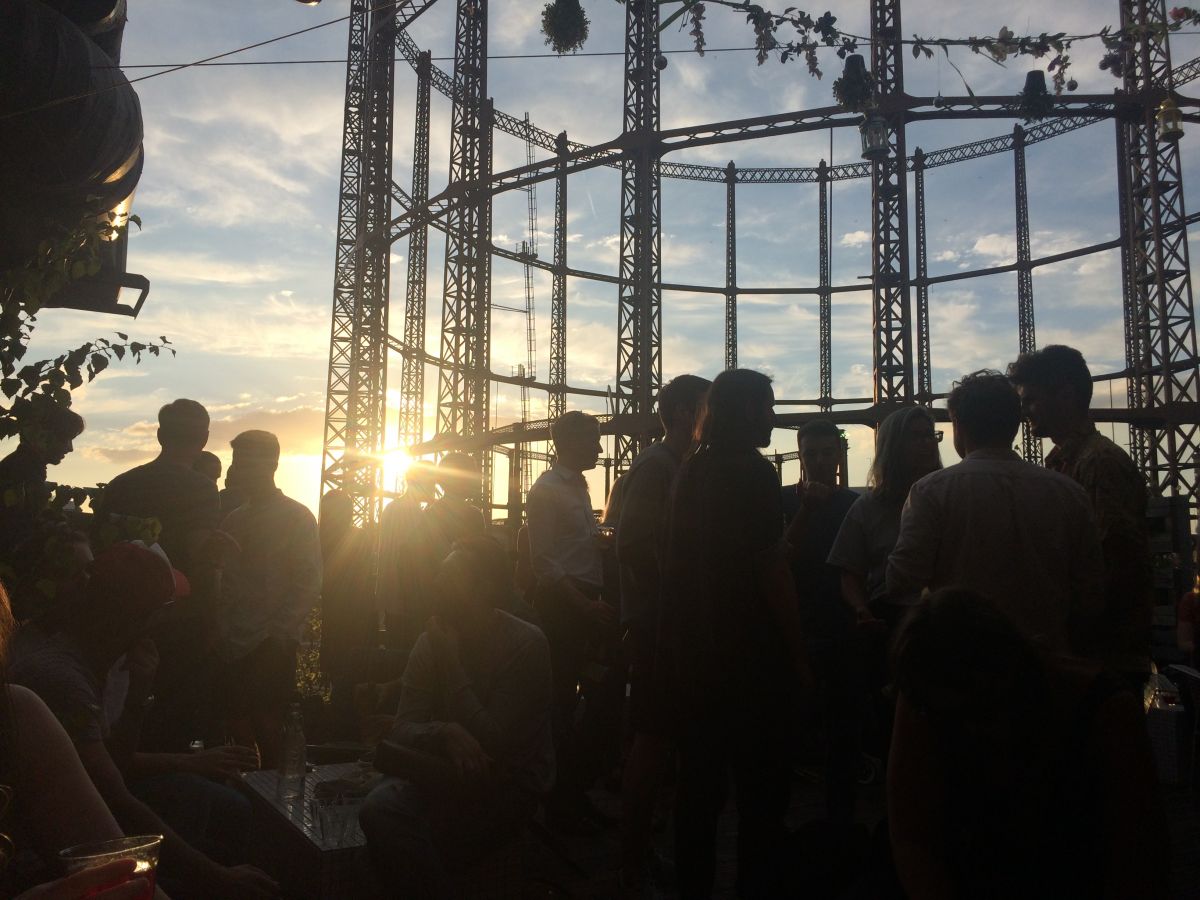 What does success look like for the UK’s best wine bloggers? Gaining ever more readers? An endless stream of free samples? Or perhaps earning money from advertising? It’s different for everyone, but for many wine bloggers it turns out that real success is signified by going on to do something other than blogging.

In 2012, I helped organise a competition in conjunction with The Table, a restaurant in London Bridge where I advise on the wine list. The Wine Bloggers’ Cup pulled together twenty of the UK’s finest to test their wine knowledge, writing skills and tasting prowess to crown the UK’s top wine blogger. It was mostly an excuse to get together and drink some brilliant wines then crank up the sound system, dance outrageously (that’s you Christina Pickard) and belt out some tunes (yes you, Joe Wadsack). Five years on, I thought now would be a good time to get in touch with some of them to see where they are now and whether wine blogging helped them get there.

Paola Tich started blogging for reasons that will be familiar to many. “I was frustrated at the lack of interest my friends had in what they drank,” she explains “and needed an outlet for my wine obsession.” Like many wine bloggers, she didn’t come from a wine background. “I’d gone from news journalism to corporate communications and had just set up on my own when I started blogging. It opened up a whole new world to me.” After a year’s research, she took the plunge and opened a wine shop, Park & Bridge, in West London followed by a wine bar, Vindinista. “I wouldn’t have done this if I hadn’t started blogging,” she says. Updating her blog has taken a back seat since launching her business, and if she does return to blogging it will be with a professional, rather than consumer, viewpoint.

Natural wine expert Simon Woolf wrote his first blog post to enter a competition, but got sucked in to a whole new life. “Through writing my blog, I met loads of people in the London wine scene – and internationally – which got me on a plane to a bloggers conference. The networking was fantastic and eventually changed my life in many ways. Back then I had a career as an IT professional, now I have a (much less lucrative) career as a wine writer and journalist. But I’m having fun!” His first book, Amber Revolution – how the world learned to love orange wine, is now fully funded on Kickstarter. As for blogging, “I do still blog, but I’m not sure I’d call it blogging anymore. I was never very good at the daily/weekly discipline so I think really it’s just writing.”

Effi Tsournava started blogging about wine soon after arriving in London from Greece. Knowing nobody in her new home city who shared her love of wine, blogging helped her reach out to other wine lovers. “Back then I was looking for my next job,” she says “and I was trying to figure out my way in the wine industry. Now, I work as a Brand Manager for Maisons, Marques et Domaines. It doesn’t feel like five years ago, more like ten, as so much has changed in the meantime! I believe that blogging has played an important part in where I am today, not so much due to my actual blog per se, but due to the focus and drive it gave me to keep going.”

Tsournava admits she no longer posts as frequently as she once did. In fact, of the 20 contestants in the competition, less than half are still blogging, and only a quarter with any regularity. Woolf believes “we’re well past the golden age of blogging”. They both attribute it largely to the growth of social media and micro-blogging sites such as Facebook, Twitter, Instagram, Snapchat and Vivino. Jamie Goode, who has been blogging about wine since 2001, does too – and he is even more damning: “Wine blogging is dead, I’m afraid. I’m not sure it was really alive.” It’s true that as more and more wine bloggers have stepped away from the discipline, the budding UK wine blogging scene has somewhat withered.

It didn’t help that the broader wine writing community wasn’t always welcoming; bloggers are often considered second-class citizens. “There’s a view amongst established wine critics,” says Woolf, “that bloggers are either stupid or dangerous – or both. Stupid because the quality of the content is highly variable or unreliable, and dangerous because they mostly give away content for free. I wouldn’t necessarily agree as there’s the same range of quality even in mainstream media – from tragically misinformed and poorly researched to amazing.” In certain circles, blogging has become a dirty word.

I spoke to the owner of a respected drinks PR company who gave me her perspective. “Certainly, there is a big change since it first started. You saw numerous people jumping on the bandwagon, many of whom had little in-depth wine knowledge. They were initially courted by brands and PRs, but this gradually fizzled out. I think those courting them began to question how much consumer reach and influence these bloggers actually had; and the bloggers realised that they couldn’t make a living from doing it.” It’s true that wine blogs motivated solely by money don’t last long; I’m aware of just one UK wine blog that generates any meaningful revenue.

Nevertheless, some bloggers press on regardless thanks to an undimmed enthusiasm in helping others find good wine, or simply for the love of writing. The rate of new wine blogs being launched over the past couple of years appears to have dropped but it hasn’t stalled completely. David Kermode launched his blog Vinosaurus 12 months ago “with the simple aim of sharing my enthusiasms and a little knowledge. The reality,” he goes on, “is that it was also a bit of a ‘mid-life crisis moment’ having burnt myself out in the broadcasting world.” The wine blogging scene may have largely disbanded, but publishing a blog is still one of the best ways to realise a change of careers. He now talks about wine regularly on BBC radio.

Blogs remain the perfect sandbox for creative expression and finding your voice without worrying about another platform’s house style or readership. They allow you to express your opinions in the kind of detail a tweet does not. Blogging proves your enthusiasm for your subject and demonstrates your desire to share it with others. It takes guts – your ideas are out there for anyone to pick apart, shoot down or ridicule. But if they stand up it gives you confidence. And all of this despite being labelled ‘just a blogger’.

Restaurant critic AA Gill once described blogging as “karaoke journalism” and there’s a kernel of truth in that. But most UK wine bloggers don’t aspire to be journalists. They are simply a collection of wine obsessives from disparate backgrounds using the web – which happens to be a text-based medium – to express and share their love of wine. Publishing a blog involves a considerable investment of time, money and effort, so it’s not surprising they are ephemeral. Most wine bloggers who attended the competition who wanted to move on and explore a successful career in wine have done exactly that. Their blogs were a springboard rather than an end in themselves. The patchwork of the UK wine blogging scene may be frayed, but I agree with Paola Tich when she says, “I would still encourage people to start a blog if they’re obsessed with wine – who knows where it could lead.”

InvestDrinks
If you’re new to investing in wine, read this first