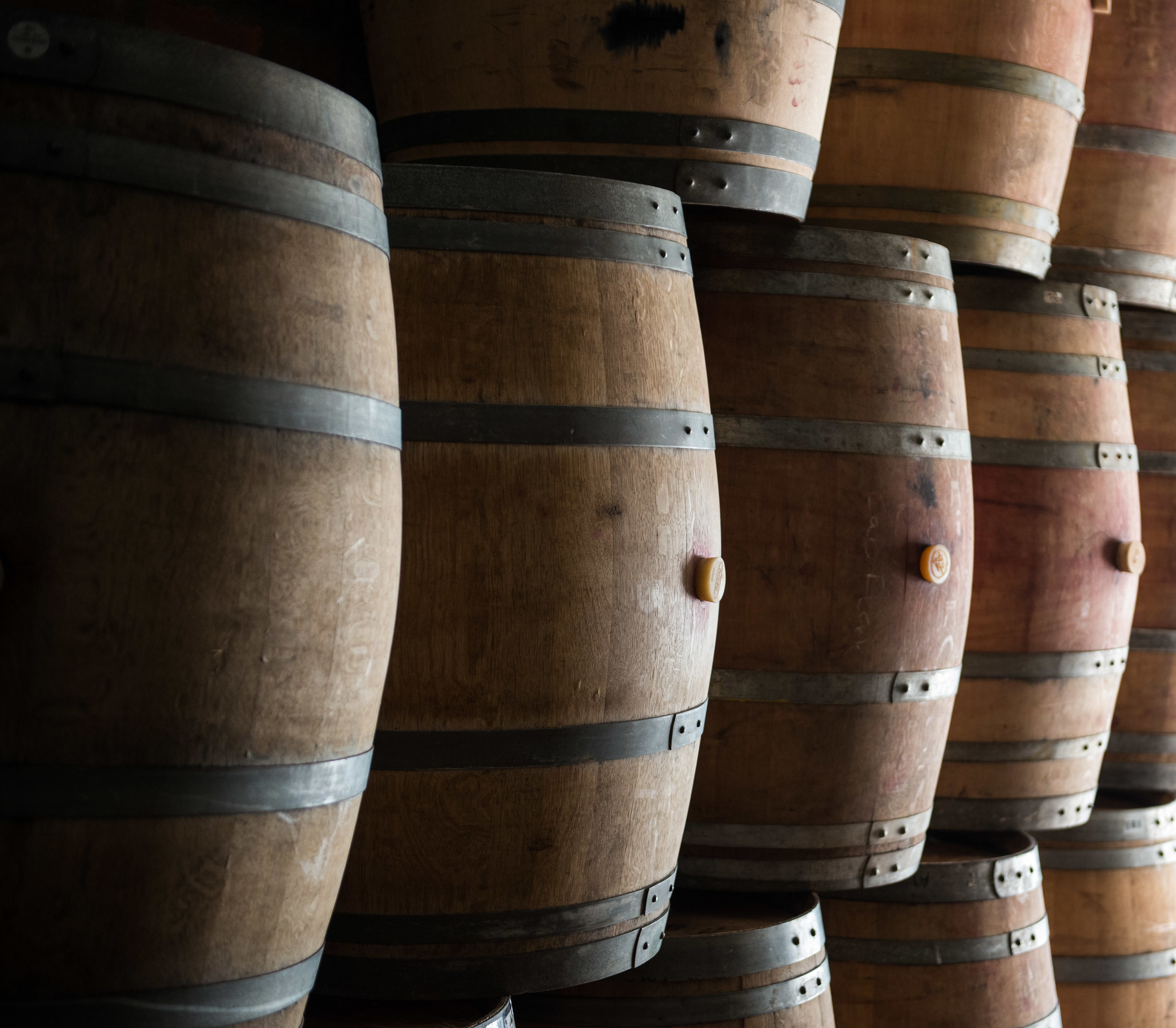 I was asked recently: “Why are barrels so expensive?”

Well, in a sense they are not expensive. I was paying AUS $1,000 a barrel 20 years ago. So given inflation and all that, the current price of about AUS $1,500 hasn’t changed much.

But why expensive in the first place?

Hundreds of years ago, oak was the crude oil or iron ore of the day. It was the national resource. You needed 5,000-10,000 trees to build a serious naval ship of the line. It was the only way that any liquid, or preserved food, could be transported or stored. It was used for buildings, bridges, carriages and church beams. It was the strategic resource. The English happily cut down and destroyed most of their oak forests. The deserted open gullies and valleys of Yorkshire and Scotland were once rich oak forests.

In an amazing bit of, dare I say uncharacteristic, foresight the French took a different approach. Under the guidance of Colbert, the grand vizier of Louis XIV, they instituted what was probably the world’s first bit of sustainable arboriculture. Uniformed, képi-wearing forestiers nurtured the oak forests which are to this day two-thirds owned by the government. The minute a tree is cut down somewhere in the forest another forestier is planting a seedling.

They tend to harvest trees that are about 100 years old. And in a tear-jerkingly beautiful way the guy in uniform with the chainsaw is often the grandson or great-grandson of the guy who planted the tree.

Each year the government auctions parcels of forest which the coopers bid for. They go out beforehand and inspect the trees, hug them, tap them and work out what percentage in each lot will be suitable for barrels and what will have to be used elsewhere.

From each 100-year-old tree you get as little as two barrels. You only harvest the best trees and then age the wood for a further two or more years before use. The ageing is important, as under the influence of UV light and rain the wood is seasoned and loses some of its greener, harsher flavours.

The French oak forests are mainly the species called Quercus Robur, also known as Pedunculate oak. There are smaller amounts of Quercus Petraea, aka Sessile Oak. If you have ever had a red wine that tastes like Bourbon then you know it has been in American oak, Quercus Alba, which has a vastly different flavour profile being much sweeter with a lot more vanilla flavours. Oak it seems, among all the woods, is uniquely suitable for making barrels: it is hard, non-porous and tastes great. Other woods are too soft, leak or taste dreadful.

Where the trees are grown, the ageing of the staves and how the barrels are made all affect their final flavour.

The trees in the forests of Tronçais, Allier and Vosges grow in cooler conditions on poorer soil. As a result, they put on smaller growth rings each year and the wood is therefore denser. Thus, they do not leech out a lot of flavour substances at once. The Limousin oak forests are more fertile and the trees have bigger growth rings and so the wood is more porous leading to stronger flavours.

The best way to heat the staves so they can be bent and the hoops put on is to use a fire bucket of burning oak chips over which the barrel is assembled, Those in a hurry or cost cutting use steam and the result is totally different. Under the influence of the heat of the flame important new flavours are formed. Lignin, the compound that makes wood so solid, breaks down to form vanilla-like compounds. The sugars in the sap break down to form hydoxymethylfurfural, otherwise known as caramel. Then of course there are the smoky flavours from the smoke itself.

A new barrel will continue to give out good flavours for about three years. After this, a well made and looked after barrel can still be used for storage for many, many years but the flavours will be gone. You can take the head out of the barrel, scrape the insides and refire it to get some more flavour life from it but the flavour is never really the same as you are scraping back to less seasoned wood further inside the stave.

Barrels are still made by hand and there are very few producers these days. So expensive? Well, not really when you consider what’s involved.