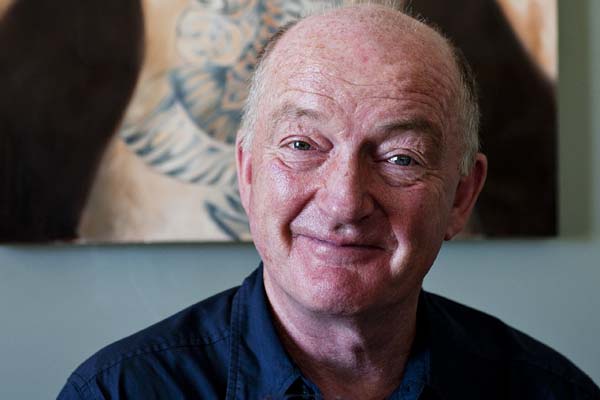 If you want to annoy certain people in the wine world, lean over and say to them, ‘what you really need is a Jeremy Clarkson of wine.’ Or a Jamie Oliver (though m’esteemed colleague Matt Walls has already covered that one on this site last week.) It does make you think though, why hasn’t there been a wine television star since Oz Clarke? Where are the new Oz Clarkes?

It’s not as if there’s a shortage of potential candidates. There’s dear leader Tim Atkin on Saturday Kitchen, as well as Peter Richards, Jane Parkinson, Olly Smith, Susy Atkins and Susie Barrie. But unlike Oz who made series, they’re stuck in a little wine corner. The maddest thing is that the producers of Saturday Kitchen get people with all this knowledge, three of them are Masters of Wine for heaven’s sake, to recommend wine for under £5 a bottle. No wonder the experts often have the look of thoroughbred racehorses forced to ferry children up and down Margate beach. One can imagine Tim getting home after a days’s filming and crying into his Krug, ‘three years studying for the Master of Wine and I’m reduced to recommending Taste the Difference Chilean Merlot and you know what really galls, I can’t taste the bloody difference!’

It’s a similar story over on Food and Drink where they have Joe Wadsack, someone who really needs a whole channel for his personality, meekly recommending generic wines whilst Tom Kerridge does that strange forced grin of his. Oddly on all these programmes they urge viewers to use the finest possible beef but the wines rarely break the £10 barrier.

It was all so different in the 1980s and 90s. Wine was considered important. Jancis Robinson had her own series on Channel 4, Hugh Johnson made his magisterial the Vintage: A History of Wine and of course there was Oz and Jilly on the old Food and Drink. No matter how silly they were as a double act, and sometimes they were very silly indeed, at least the wine took centre stage. For a brief moment, it looked like wine would be the new food. It never happened. Wine lacks the visual excitement: it all looks pretty much the same, vineyards even those in dramatic places are a bit dull and watching fermentation isn’t as exciting as watching Ainsley Harriott making one of those spun sugar baskets on Ready, Steady, Cook.

The last big wine series on TV, I think, was that Oz Clarke and James May thing: two middle-aged men on holiday trying and failing to bond over wine. Not Clarke’s fault, it was just that James May looked like his agent had dragged him there at gunpoint and he’d much rather be tinkering with an old motorbike. Since then nothing major.

I write this as an interested party. I’ve just finished a book about the British empire and drinks. In the process of writing it, I kept thinking how it would make a great series. I could march around Sicily or South Africa wearing a panama hat and saying things like ‘as a wine writer.. . .’ or ‘join me on my journey through booze. . .’ Perhaps they could partner me with Lucy Worsley. We would have fun dressing up whilst thinking of new ways to pronounce the word Regency. It wasn’t just idle fantasising. A number of production companies got in touch, I acquired an agent, there were meetings, treatments, and then it all went to someone higher up at the BBC, let’s call him Tony Hayers, who claimed not to be interested in drink and history. So I’m regrouping and looking for another way in. But here’s a tip – apparently Tony Hayers is interested in wine and science (that sound you hear is Jamie Goode typing frantically.)

Forget history or science though, television has already come up with a way to do alcohol and make it entertaining. There was a special put out a couple of years ago presented by Giles Coren and Alexander Armstrong which was based around Christmas boozing. Of course, Armstrong could make almost anything entertaining but it was also well-written, and the two of them had a good rapport which meant there was no unwatchable Food and Drink-style forced jocularity. Best of all though, they weren’t trying to make it the Top Gear of booze. Neither of the presenters were experts but they were clearly interested and approached the subject in a light-hearted but non silly way. As I recall they even had a serious chat about the merits of Chateau Musar, you don’t get that on Saturday Kitchen. They should dust off this format but with a resident wine expert to be fondly teased (Tim? Jane?). Or better still, clear out Kerridge from Food & Drink, put it on late at night and have Joe Wadsack compare wines to mescaline. You could call it called it Feck & Drink.