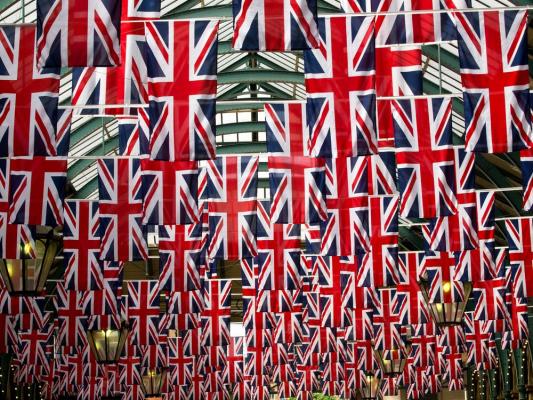 What does the Union Jack symbolise to you? Pride? Shame? Sovereignty? Populism? Peace? Colonialism? All are possible responses and have been almost since the flag was designed in 1800 to reflect the Act of Union between Great Britain and Ireland. As Tim Marshall writes in his recent book, Worth Dying For: The Power and Politics of Flags, “its beauty or otherwise is in the eye, imagination and politics of the beholder”.

The Union Jack has always provoked strong reactions – it’s still known as the “Butcher’s Apron” in some parts of Ireland, apparently – but like so many things in public life it has become even more divisive since June 2016. In such circumstances, the new branding for Wines of Great Britain (WineGB), launched with a modest toot on a trumpet rather than a fanfare on January 1st, was not the most sensitive of initiatives. To some Remainers, not least in the wine trade, the logo looks as if it could have been designed by UKIP.

David Parkinson, who took over as the CEO of the trade body on the same day, is no stranger to politics, having worked in local government as well as advertising and the wine business. So surely he and his board should have seen this coming? It’s all very well to respond that WineGB is merely the recognition of the formal merger between the United Kingdom Vineyards Association (UKVA) and English Wine Producers (EWP). Or that, as WineGB’s marketing director Julia Trustram Eve puts it, Great Britain is a “strong statement of our identity”, but we live in increasingly fractious, polarised times. How things have changed since the 2012 London Olympics.

The politics doesn’t stop with the Union Jack, unfortunately. Partly against the wishes of many of its producers, I suspect, the English wine industry has been embraced by Brexiteers like Boris Johnson, Andrea Leadsom and Isabelle Oakeshott. The last of this trio tweeted on February 21st that “Queen served award-winning English fizz @gusbourne at a state banquet; drink of choice at a @foreignoffice party hosted by @BorisJohnson tonite”. Gusbourne, of course, is owned by Lord Ashcroft, another Brexiteer. Who needs that foreign muck, eh?

Publicity stunts have followed a similar line. Only last week, Rathfinny gained column inches and the approbation of Brexiteers for its “Sussex pint” bottles (56.8cl), a size that was apparently popular with Sir Winston Churchill. Why the pint? Because, under EU rules, only 37.5cl and multiples of 75cl are permitted. If he can’t sell it, co-owner Mark Driver commented, he will give the 800 bottles away. I’m sure Kate Hoey and Nigel Farage would take them.

Wrapping English wine in the trappings of Brexit is destined to put off a lot of drinkers, which is an enormous shame. The extent of plantings is much smaller than most people imagine – our 2,265 hectares would fit comfortably inside the boundaries of Châteauneuf-du-Pape – but quality has never been better. What’s more, the industry continues to grow and attract new players. There are 502 registered vineyards today, compared with 383 a decade ago; production has more than tripled to 5 million bottles. The Champenois, never an easy bunch to impress, respect our bubblies so much that some of them have invested here.

Rather than using English wine for propaganda purposes, Brexit-leaning commentators and politicians should be targeting British wine, which in the words of Stephen Skelton MW shouldn’t be able to “call itself wine or British”, being made from imported grape concentrate, yeast and water. There is still a good deal of confusion, especially on export markets, between English and British wine. Indeed, one problem with the new WineGB brand is that it will only add to this. “We should have British wine back,” says Sam Lindo of Camel Valley. “We can’t go round for ever explaining the difference.”

Most British “wine” (the inverted commas are mine) is mediocre or undrinkable, sold on price rather than aroma or flavour. One optimistic English wine insider told me that once Brexit is done and dusted, we’ll be able to “create our own laws” and plug the loophole that allows British wine to exist, but the EU is surely not to blame for this. We are.

The Wine and Spirit Trade Association could lobby its members, who include the British Wine Producers’ Committee, to change the name of their product, but the business is nearly three times bigger than the English and Welsh wine industry, or WineGB, and has considerable clout. Excluding fortifieds (which is a smaller part of the market), a staggering 14.4 million bottles of British wine were made last year. That’s why I can’t see the government, pre or post-Brexit, getting rid of it. The contribution to HMRC is just too big.

Whether we cork dorks like it or not, there’s a market for British wine. I can’t see the Queen serving Nobleman Full Cream British Fortified Wine (£2.99 from Lidl) at her banquets, but plenty of people are happy to drink it, with or without a Union Jack on the label.