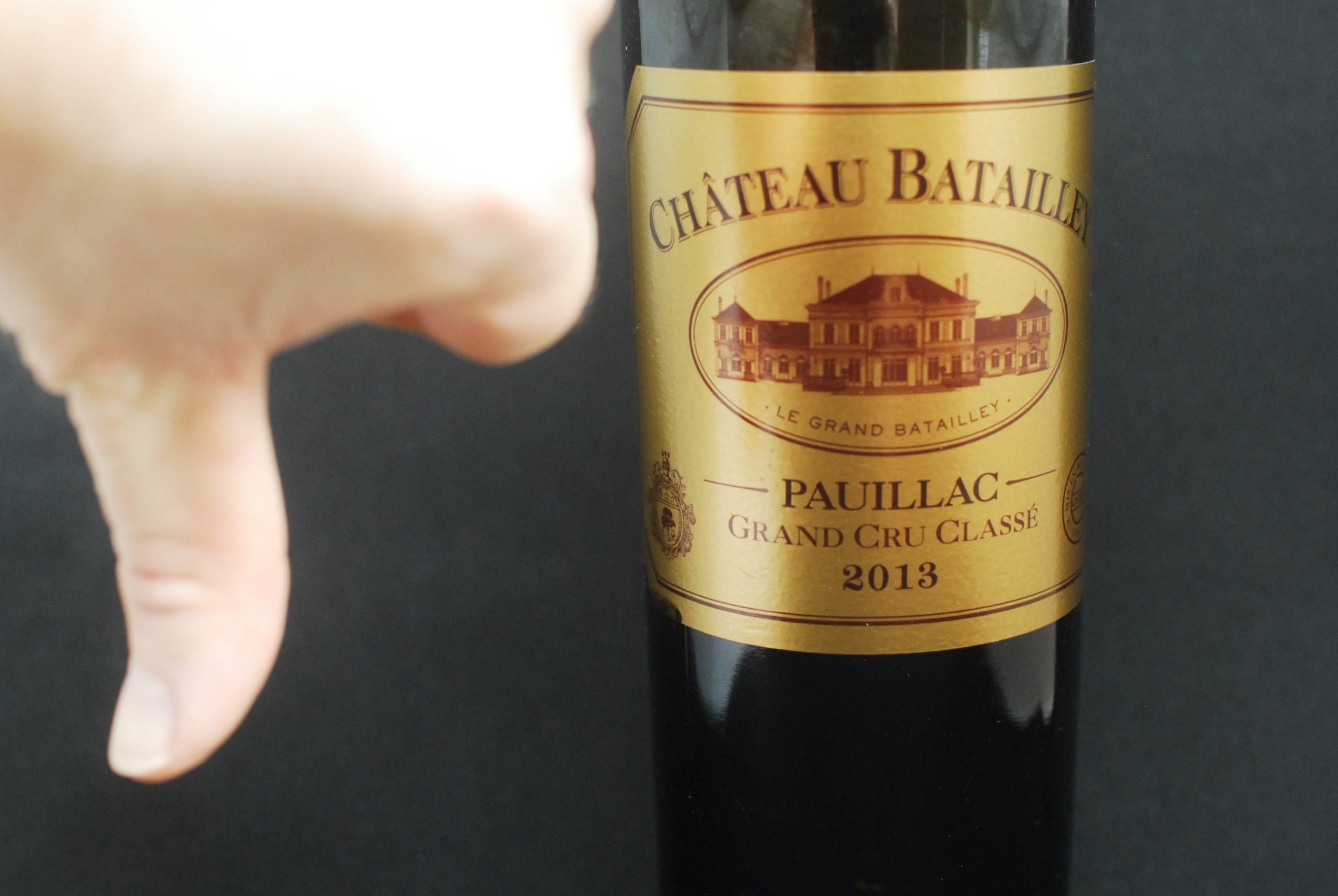 “Excuse me sir, would you like to try this wine? It’s from a crap vintage.” Hardly a selling point, if you as a waiter want to keep your job. Wine lovers all over the world are always seeking out the top years to stack in cellars and wine cabinets. And would you really want to go for a second rate vintage when picking from a restaurant wine list, if you are paying the £150 bill?

Great vintages are being bought, sold, cellared and consumed. Looking at the world of wine, demanding, difficult, or dreadful vintages seem to have disappeared. From a consumer point of view, ripe grapes and wines packed with fruit seem easily obtainable from the northern rivers of Riesling to the elevated Malbecs of Mendoza. Every year.

Global warming and better vineyard management have given the more marginal wine regions of Europe a boost. In the cellar, flying winemakers and consultants have eradicated the odd and strange wines of the past. You have to be a Harry Potter to pick up a wine with volatile acidity, rustic tannins or old school texture from your local supermarket shelf.

As we drink and enjoy the wines we like from our favourite regions and wine styles, year in year out, with decreasing vintage variation and lesser “faults”, our tolerance for something off putting is lowered. We have been accustomed to believe 19 out 20 vintages will be of stellar quality, or better. A wine drinker of 2022 would have a hard time accepting a pale and tannic St. Julien, or an acidity driven and lean Pfalz GG Riesling as the real stuff.

Opening my latest edition (2016) of Hugh Johnson’s Pocket Wine Book, the gospel of good vintages is there in the scripture. It’s all high numbers and praise. The scale is from 0 to 10, but even this one is inflated. From 2014 down to 1996 there is not a single shitty vintage. Not one worthy of anything lower than a 4, from Germany to Chile. Is the mighty Johnson a bit prolific with his mercy? Even the southern Rhône gets a 5 in 2002. In the beginning of September in parts of Châteauneuf-du-Pape, more than 600 mm of rain fell in less than 48 hours. The deluge killed several people, and the possibility of making decent wine.

The winemakers are in on it as well. Not deliberately, but by making good wines under difficult conditions. Better understanding of the vineyards enables the vigneron to prepare and act upon threatening attacks of rot or fungus. Scrupulous and mercilessly sorting out bad grapes can make for a pristine wine under otherwise hopeless conditions. And cheap labour makes it worthwhile for many estates to hire some extra hands, when the harvest needs to be hurried in. The happy drinker with a bottle in front of him, doesn’t know that the estate produced only half of what it does in a normal year.

So, if the wine world has moved on, and is able to turn out sound wines almost every year, why do I keep going on about the shitty years? Well, after years of tasting and drinking, I have gotten a bit bored with perfection. Not that all the wines deserve a perfect score. But wines from many wine regions seem to be of the same sort, no matter what the weather was like. I want to be able to taste in the wine that there was something at stake! The conditions and the pressure that took place. The impossible decisions that had to be made. And the lively but not perfect result that came out of it.

Two regions that I think really can shine in a shitty year are Bordeaux and the Mosel. The red wines of the Gironde are widely distributed, and multiple vintages of the same wine are sometimes on display in your local wine shop. But I find that these vintages often have a density and wall of power. Where is the elegance and lift that the clarets of the past had? The classified growths of Médoc and the big guns from Libourne of today need 20-30 years to work off their richness. So I got started, sourcing some bottles of the most recent of the shitty vintages of red Bordeaux, 2007 and 2013. My own cellar had none. Like all other people, I have listened to the wine writers and gathered bottles from nothing but good years. But there were some 2007s and 2013s in the market. Both years were cool and with moisture enough to bring rot. A lot of sorting had to be done, both in the summer and at harvest.

Château des Annereaux 2007 from Lalande-de-Pomerol has 90% Merlot in the mix. And the early ripening of that grape was an advantage. Yet, this was their first vintage with conversion to organic growing. The colour is developed towards brick red. On the nose the wine has dark and sweet fruit, but in a cool way. Along comes more fresh red berries and grilled bell peppers. In the mouth the wine reveals the cool vintage through pure, almost naked fruit. The tannins are soft and the wine is at its peak. From the Graves, I found Château Malartic-Lagravière 2013, still ruby red. This wine is transparent in the glass. The aromas are sweet and sour, earthy, with leather and cool blackcurrants. Lean and crisp in the mouth, just the way I like. Still showing typical notes of fresh black fruits, cigars and wood. Fine grained tannins, and tart red berries towards the end. A bottle of Château Batailley 2013 was a little bit more expensive, but still a nice claret from a crappy vintage. Darker ruby colour than the Graves wine. Spicy and quite oaky nose with exotic wood and tart blackberries. Ripe, tight and lean wine with developed and humble tannins.

As I have worked a couple of harvests in Mosel, I have an affinity for this special region. Riesling can yield interesting results at different levels of ripeness. And in a year like 2013, and probably 2021 to come, where high acidity can make for unbalanced dry wines, the Feinherbs, Kabinetts and Spätlesen steal the show. 2013 is maybe not generally considered a shitty vintage in Mosel, but I have had quite a few unpleasant dry wines. The yields were low, and quality conscious producers were left with maybe 50% of a normal crop after severe sorting. Some found themselves deacidifying the wine. But when arresting the fermentation at 7-8 % the sugar and the acidity made dramatic results. At a local wine shop in Zeltingen, I picked up two Kabinetts at a low price.

Selbach-Oster Zeltinger Schlossberg Riesling Kabinett 2013 might be difficult to pronounce, but is so easy to enjoy. With 8% alcohol and 40 g/l of residual sugar, it’s a little gem. Light, fresh and not yet at its peak. Crisp apples and pineapple dance around on the palate. Van Volxem is located in Saar, and the Rotschiefer Kabinett 2013 has fermented to 10%. This one is lighter, more developed, showing some petrol station aromas. The acidity is not up front, but coming along as the wine rushes through the palate. Crushed rocks and lemon notes in the finish. The Grans-Fassian Trittenheimer Apotheke Riesling Spätlese 2013 has a whopping 11.9 g/l acidity. Don’t worry, 122 g/l residual sugar brings everything into balance. This is a big fat baby that needs time. High concentration, dry extract and viscosity. It’s delicious in its way.

So go out, seek the wines that no one wants. Live a little! The interest is in the flaws.