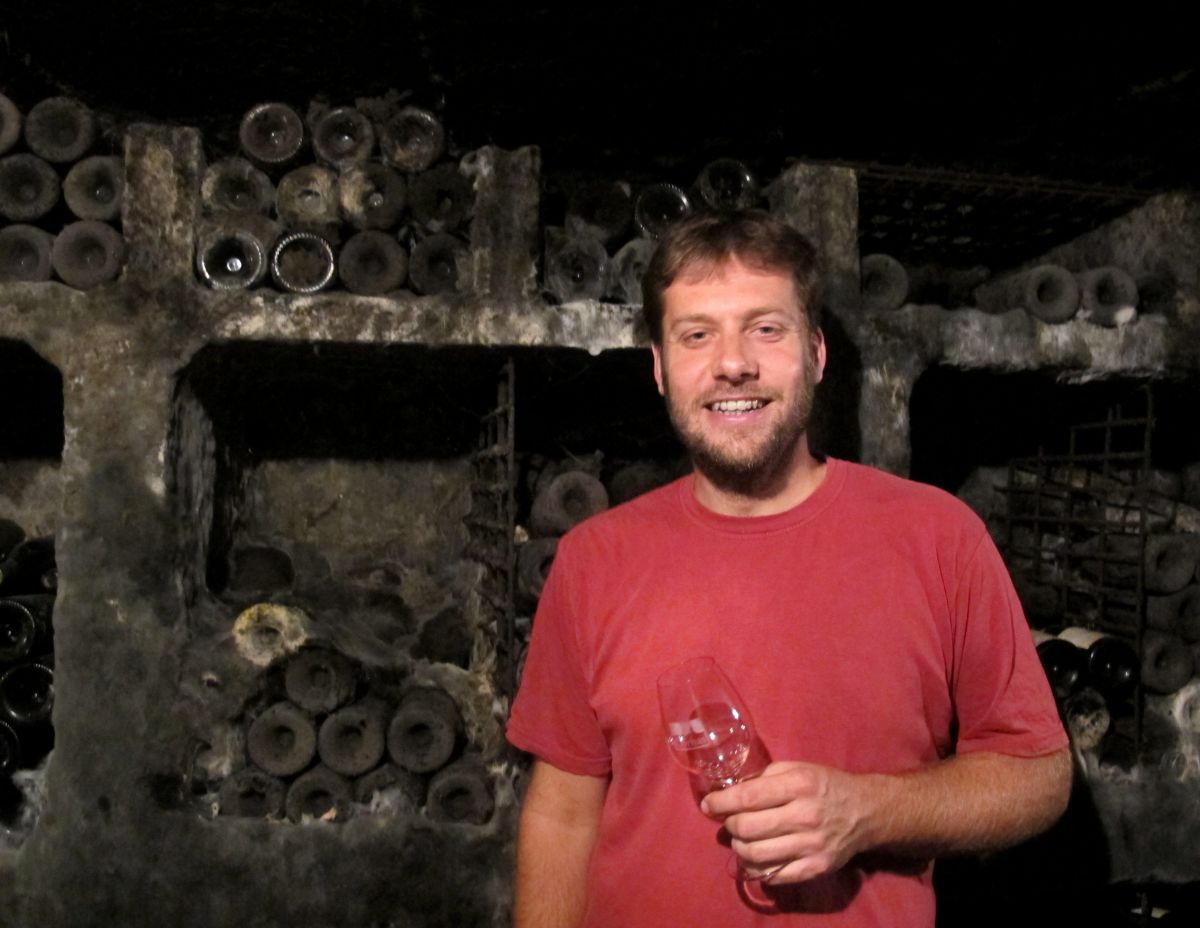 Of all the red wines of the Rhône Valley, there is one that has an unfortunate reputation. Cornas has often been accused of having a rustic or ‘animal’ side to its character; rough round the edges with gamey aromas. But the new generation of winemakers is proving this needn’t be the case. Cornas is now snapping at the heels of Hermitage and Côte-Rôtie as a top site for Syrah in the Rhône. The only creature that comes to mind these days when tasting the finest Cornas is the Ugly Duckling.

Cornas lies on the west bank of the Northern Rhône, directly south of the long strip of vineyards that make up St Joseph, like the dot of an extended exclamation mark. It amounts to just 128 hectares of vines – so a little bit smaller than Hermitage (136ha). Like much of the greatest terroir of the Rhône, the best vineyards teeter on scorched south- or southeast-facing terraces of solid granite. Australian winemaker Mark Haisma makes a Cornas from grapes bought from a local grower; he holds the local vignerons in high esteem “they work really hard… it’s pretty brutal.”

Most of the slopes are too steep or too narrow for tractors. Parts are too steep for horses, so they use ploughs attached to winches to work the soil. No wonder so many vineyards were abandoned during the early part of the 20th century. It was only in the second half of the last century that a handful of winemakers took it upon themselves to rebuild the appellation to its former glory. It was as late as the 1950s that any domaines even bottled their own wines.

No single producer owns much land. The biggest is Domaine du Coulet with 10ha, then Domaine Clape with 5.5ha. It is home to around fifty growers, five times as many as Hermitage. Historically, many of these tiny growers have produced wines as a secondary means of income or a hobby, so largely without formal training. Only the minority of producers make enough to justify investing in modern machinery – or scrupulous hygiene.This is the root cause of Cornas’s rustic reputation – old-fashioned winemaking that has only been addressed relatively recently. Not the terroir. 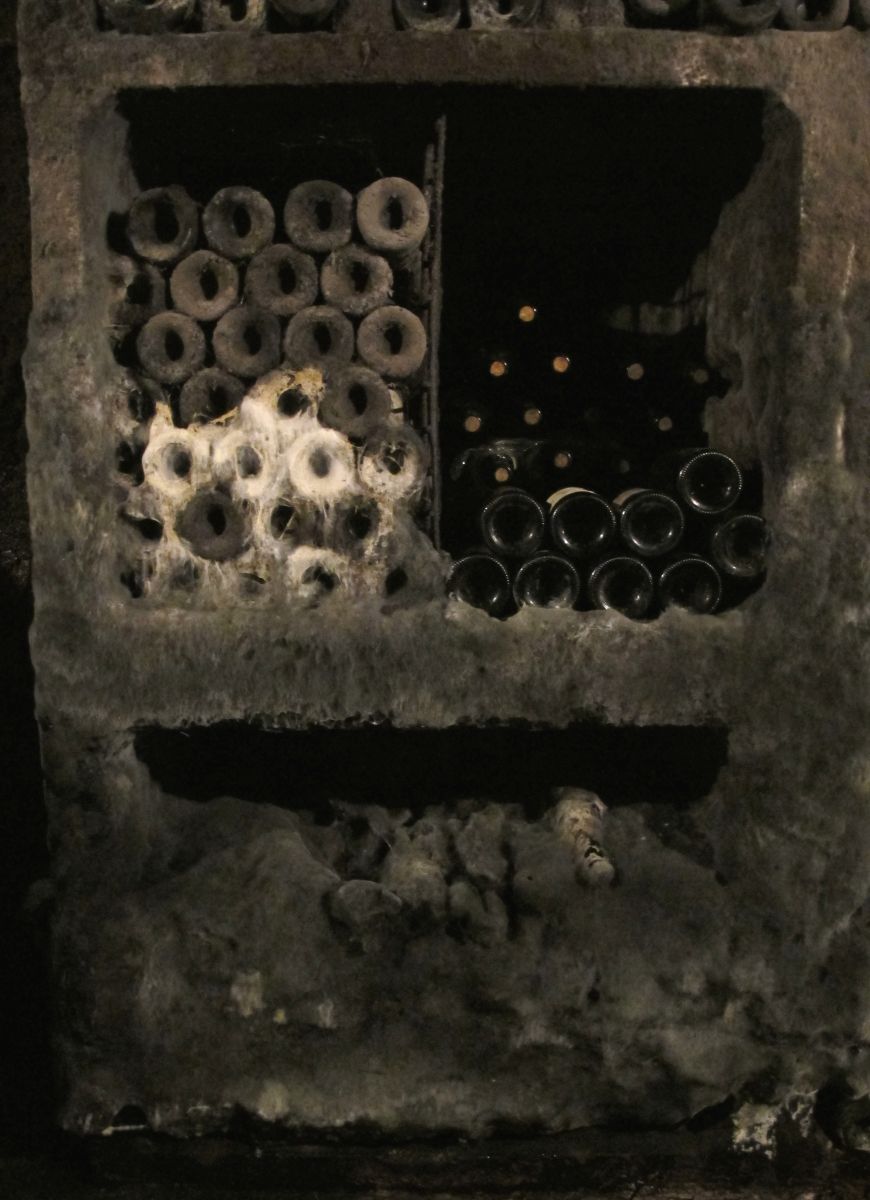 Maxime Graillot, winemaker at Domaine Alain Graillot, makes a powerful, clean and fruit-forward Cornas under his Equis label, and for him “the new generation are changing the style.” Professional training and winemaking stages in other countries have led to a big jump in quality. Up-and-coming winegrower Vincent Paris is part of this new generation; though still in his early 30s, he is already co-president of the Cornas appellation. He recites a number of ways in which they have improved the wines: better vineyard management, improved temperature control, precision analysis in the cellar, controlled use of new oak, less sulphur, and – perhaps most importantly – replacing old oak barrels.

Alberic Mazoyer of stalwart Domaine Alain Voge admits that in the past some wines from Cornas had a problem with high levels of brettanomyces (or ‘brett’), a common strain of yeast that can lead to off-flavours, often described as stinky, animal, horsey or farmyardy. “It’s not goût de terroir… it’s a problem of cleanliness” he says, and that the older the barrels, the higher the risk of unpalatable levels of brett. Sandrine Robert of modern Cornas producer Domaine du Tunnel agrees “it’s nothing to do with terroir… it’s the older generation who weren’t changing their barrels regularly.”

Certain people are more sensitive to brett than others, and some believe small amounts can add complexity to a wine. “A little touch can be intriguing… it gives a lift, an interest” says Haisma – but too much can be unpleasant: “I call it the pox”. He points out that Syrah is particularly susceptible to brett as it often has a relatively high pH. Other winemaking practices that have previously caused rough edges and rusticity have been phased out by the majority of producers: no more chestnut barrels, use of green stems or rough working of the cap.

These changes have been gradually taking place for some time, but since Cornas is such a small and fragmented appellation, it has taken a while for the wider world to become aware. Mazoyer points out that only in the last 10 years have the big négociant houses of Chapoutier and Jaboulet owned vineyards in Cornas. These larger businesses have the marketing clout to make the wider world take notice – “the reputation has changed because of them” he says.

Not every domaine has changed their winemaking. Auguste Clape was the first to bottle Cornas – as late as 1955. Although the winemaking is now in the hands of his grandson Olivier, little has changed. The wines are still fermented in unlined raw cement tanks “the same stuff they use to make gravestones” Olivier says. Whereas many producers are moving away from using 100% stems Clape still does not destem at all; he keeps fermentations short with a quick punching down by foot twice a day. He admits their wines are “more old style” but he believes this very basic handling, with no destemming or new oak helps display “the real terroir”. The wines have a rugged, burly swagger, but this is a character many enjoy, and look for in Cornas. It would certainly be a shame to lose this style completely. His 2010 is a force of nature.

Others look for different expressions of the terroir: Haisma finds “minerality, and sweet opulence of Syrah fruit”. Vincent Paris retains the savoury edge and traditional heft of Cornas, but without any farmyard overtones. The wines of Domaine du Tunnel display the characteristic power but backed up with ripe, fleshy, vibrant fruitiness. This burgeoning multiplicity of styles will only grow as more vineyards are planted. According to Paris, the area under vine is increasing by around 3ha every year, and it has the potential to increase in size to 200–250ha, so a little smaller than Côte-Rôtie (275ha). Much of the land left to plant is at the top of the slopes, which bodes well for future quality. Cornas has much more to give. And while it still lacks the cachet of the other big names of the Rhône, the wines remain comparatively good value.

Like the Ugly Duckling, it has taken some time for the excellence of Cornas to be recognised. Due to its innate power and burliness, it might never turn into a graceful swan – it is a robust style of Syrah that won’t please everybody. In the words of Olivier Clape “if you want to understand Cornas, you need to taste other wines before. It’s not completely round and charming.” Finesse is not its calling card; its character asserts itself in other ways. Many agree that the best reds of Côte-Rôtie are now regularly comparable with those of Hermitage. The next to join them will be Cornas.