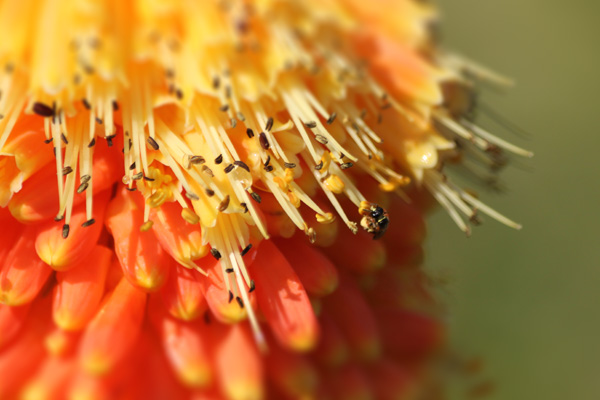 As a kid, I was a great fan of a cartoon show called Secret Squirrel. (Yes, I am that old.) The furtive rodent was a master of disguise. I don’t recall if SS drank wine, but I reckon I’ve found just the grape for him. Pinot Gris, you see, has more aliases than an international spy ring. Depending on where it’s grown, Pinot Gris can be called Tokay-Pinot Gris, Pinot Beurot, Auvernat Gris (France); Pinot Grigio (Italy); Ruländer, Grauburgunder (Germany and Austria); Szürkebarát (Hungary); or Malvoisie (Switzerland). It is entirely appropriate, given its cloak-and-dagger behaviour, that Pinot Gris is itself a mutation of another grape: Pinot Noir.

The grape’s diversity doesn’t end with its bewildering range of synonyms either. Stylistically, too, Pinot Gris is hard to pin down. It can be perfumed or neutral; dry, off-dry or sweet; oaked or unoaked; light, medium- or full-bodied; exciting or sleep-inducing boring. At its most neutral, it is one of the least impressive of the major white grape varieties, with marginally more personality than a traffic cone. But cut vineyard yields, pick the grapes later and put a decent winemaker in charge and Pinot Gris can rival the best Chardonnays, Rieslings, Sauvignon Blancs and Chenin Blancs.

The taste of Pinot Gris is difficult to define. The grape’s aromas and flavours, not to mention its weight and seriousness of intent, are diverse, depending on where it is grown and when it is picked. It can be as neutral as a basic Soave or as rich as Sauternes. The more concentrated examples have a spiciness, allied to richness and depth on the palate. Spices, honey, apples, pears, honeysuckle and (in the best Alsatian, Germany and Austrian systems) peaches, melons and even pineapples are all associated with Pinot Gris. When it’s good, Pinot Gris is mouth-filling and viscous, though its natural acidity levels stop it cloying and make it an easy wine to partner with food.

Pinot Gris is grown in a lot of places. I’ve had very good examples from New Zealand, Australia, Austria, Germany, Romania, Canada, Oregon, Hungary and Switzerland, but the places most commonly associated with this variety are Italy and France, or Alsace to be precise.

The Alsatians might disagree – most people would argue that they make the greatest Pinot Gris of all – but the grape’s rise in popularity has had more to do with the success of Italian Pinot Grigio than with the complex, sumptuous, late-harvest styles know as Vendange Tardive in Alsace. The irony of this is that, all too often, Italian Pinot Grigio is rather bland.

There are two reasons for Pinot Grigio’s comparative under-performance in Italy: the first is that the grape is often over-cropped, leading to a dilution of flavour in the finished wine; the second is another case of mistaken identity. Much of what is labelled as ultra-trendy Pinot Grigio in Italy is, in fast, less fashionable Pinot Bianco or even Trebbiano. I’ll leave you to decide if the mix-up is deliberate or accidental.

If Pinot Grigio has been northern Italy’s everyday pouring white, this shouldn’t obscure the fact that it can, on occasion, produce brilliant wines. The variety is grown in the Veneto, Trentino, Friuli-Venezia Giulia and the Alto Adige. Lovers of serious Pinot Grigio should concentrate on the last two regions. In Friuli, look out for Lis Neris, Puiatti, Villa Russiz and Conti Formentini. In the Alto Adige, where styles tend to be crisper and lighter, the top producers are Elena Walch, Lageder, Franz Haas, Tiefenbrunner and the best regional co-operative, Terlaner.

There is serious and serious, however. To my mind, the place that leads the Pinot Gris field is Alsace. This beautiful region makes two main styles of Pinot Gris. The first is essentially dry (although some producers, such as Zind-Humbrecht and Faller, often leave a little residual sweetness in their wines), while the second are the much sweeter, dessert-friendly Vendange Tardive and the rarer Sélection de Grains Nobles.

Both dry and sweet Alsatian Pinot Gris tend to have pronounced alcohol levels. Indeed, this is a distinguishing feature of many Alsatian whites, owing to the region’s dry, sunny autumns, which permit growers to pick healthy grapes well into October and early November. Late-picked Pinot Gris made in these styles can taste distinctly exotic, with notes of honey, ginger, spice and tropical fruit. When affected by botrytis, a beneficial mould that shrivels and dehydrates the grapes, Pinot Gris can taste decadently rich. Maybe that’s why the pin-up former French footballer, David Ginola, considers it the perfect seduction wine.

In Alsace, some winemakers argue that Riesling makes better wines than Pinot Gris, but I disagree. Pinot Gris does not have as much mouth-tingling acidity as Riesling, but it is often richer. Conversely, it is less heavy and obviously perfumed than Gewürztraminer, Alsace’s other leading white grape. The best wines are generally produced in Grand Cru sites, so look out for those words on the label. These wines are cheap by the standard of France’s (and the world’s) great bottles. My favourite producers are Burn, Zind-Humbrecht, Schlumberger, Ostertag, Weinbach, Schoffit and the Turckheim co-operative.

Pinot Gris, or Ruländer, or Grauburgunder, does well on the other side of the Rhine, too. Baden and the Pfalz, two of Germany’s warmer regions, have developed some very promising wines recently, although here Riesling is unquestionably the number-one grape. Leading exponents include Müller-Catoir and Bürklin-Wolf. The grape is also known as Ruländer and Grauburgunder in Austria, where the best producers are Feiler-Artinger and Gross.

The New World is not as well-represented as the Old when it comes to top Pinot Gris, but New Zealand and especially Oregon have begun to challenge Europe’s domination in the past five years. New Zealand’s best wines are produced by Dry River, Bilancia, Jules Taylor, Greywacke, Quartz Reef, Te Whare, Gibbston Valley and Seresin, most of whose grapes are grown in the cooler conditions of the South Island.

In Oregon, meanwhile, the grape is felt to be better suited to the local climate than Chardonnay; around Portland, plantings of Pinot Gris now outnumber those of the world’s most popular white grape. My favourite Pinot Gris producers in the Pacific North West are Chehalem, Ponzi, King Estate, Eyrie and Rex Hill.

I haven’t got space to tell you about Canadian, Swiss, Romanian or Hungarian Pinot Gris, but that doesn’t mean you shouldn’t try them. There are bound to be a few sources I’ve never even heard of. Chinese Pinot Gris? Zimbabwean Pinot Gris? Bolivian Pinot Gris? With this most elusive, most Scarlet Pimpernel-like of grapes, anything is possible.