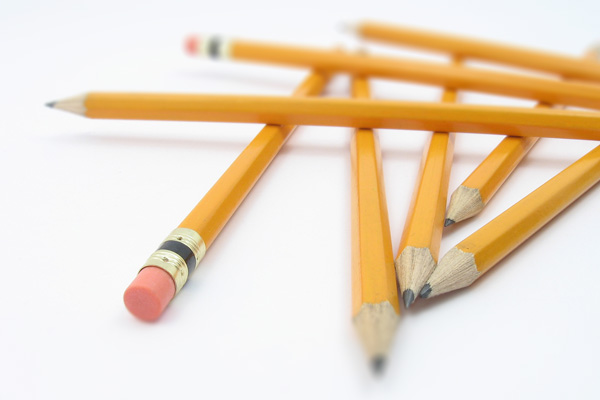 If grape varieties were football teams – bear with me for a second if you’d rather eat iron filings than hear about our beleaguered national sport – then Cabernet Sauvignon would win the Premiership with tedious regularity. It is the Manchester United of the wine world, a variety that produces the majority of the world’s most famous – and expensive – red wines. Just like United, it has stars on its books: for Wayne Rooney read Château Lafite, for Rio Ferdinand, Château Margaux, and for Robin van Persie, Screaming Eagle. And, just like United, it has a huge international following, very little of which is based in Manchester itself.

Cabernet Sauvignon would be most people’s choice as the greatest red grape on the planet. Some – myself included – would make a case for Pinot Noir, Burgundy’s graceful, tantalisingly fickle variety, but we’d probably concede defeat in the end. If Bordeaux is recognised as the leading wine region in the world, then Cabernet Sauvignon is the variety upon which it has constructed its fame. All of the so-called ‘first-growths’ (the aristocracy of red Bordeaux, or claret as it’s known in the UK) are Cabernet, Sauvignon-based wines. Châteaux Lafite, Latour, Margaux, Mouton-Rothschild and Haut-Brion wouldn’t function without it.

Did I say based? I did indeed. The unusual thing about Cabernet Sauvignon is that, at least in Bordeaux, it is always blended with something else. Cabernet Sauvignon is a late-ripening variety and, in the comparatively marginal, Atlantic-influenced climate of the Gironde, growers regard others, usually earlier-ripening grapes as an insurance policy against a cool season. That’s why all the clarets of the Médoc and the Graves contain roughly 25% of Merlot, Cabernet Franc and sometimes Petit Verdot. Only in St-Emilion and Pomerol do the top wines contain more Merlot than Cabernet Sauvignon.

These additional varieties, Merlot in particular, are used to flesh out Cabernet’s rather lean frame, and to add complexity. Nevertheless, it is Cabernet Sauvignon that gives the wines their structure, character and, most importantly, their ability to age. Cabernet Sauvignon produces wines that stick around to claim a free bus pass.

How does Cabernet do it? Well, tannins, acidity and plenty of colour are the grape’s main attributes, and all of these contribute to longevity in red wines. The problem with a culture that likes younger and younger wines is that these characteristics can seem aggressive in their youth. If you like firm, chunky, gum-coating wines, Cabernet Sauvignon is the grape for you; if you prefer something smooth and palate-caressing, it most decidedly isn’t. But if you’re prepared to wait, the grape can perform wonders over time in a bottle.

One way to tame Cabernet’s firm tannins is to serve it with the right dish. It’s no accident that British beef and claret are such a traditional and well-loved match. (At least they were until the advent of BSE.) The same goes for marriages with cheddar and many other cheeses. I don’t really understand the science, but the fat in the meat and the cheese softens the tannins in the wine and accentuates its fruit.

Cabernet’s flavours are less important than its structure, but they’re still a part of its appeal. Cabernet can, and often does, taste of blackcurrant and green pepper. Add aromas of lead pencils – better than it sounds, believe me – and the oak barrel-derived characters of vanilla, cedar wood and coffee bean, and you have a grape that even PC Plod could pick out in an identity parade. In certain New World examples, such as Chile, mint is another giveaway.

Incidentally, should you wish to taste the grape in vivid isolation, rather than as part of a blend, you should stay away from south-west France and head for the New World, where it tends to be given solo billing. As one Californian winemaker put it with admirable simplicity: ‘If Cabernet Sauvignon is the best grape in the world, why dilute it with something else?’

Bordeaux is the grape’s most celebrated region, but it’s grown in plenty of other places, too. You can find the words ‘Cabernet Sauvignon’ on bottles from dozens of different countries. It’s easy to track down Cabernets from the United States, Bulgaria, Chile, South Africa and the Languedoc-Roussillon region of France, but look a little harder and you’ll come across Cabernets from New Zealand, Spain, Romania, Portugal, Uruguay, Italy, Argentina and minor French appellations such as Bergerac, Buzet and Côtes de Duras.

Cabernet isn’t quite as adaptable or as consistent as Chardonnay, the world’s leading white grape, but it’s not far off. In my experience, Cabernet produces reliable wines in most places, but production of great ones outside Bordeaux is another matter. Only two other countries have produced great Cabernets. The first is the United States, more specifically Washington State, and the Napa and Sonoma Valleys in California. The second is Tuscany, where Cabernet is sometimes blended with Sangiovese, the best local grape, to make a new breed of Tuscan reds called Supertuscans, sometimes combined with Merlot, and sometimes left alone. This being Italy, where fashion counts for a lot, the top wines (Tignanello, Ornellaia and Sollaia) are almost as expensive as the Bordeaux first growths.

Not far behind in the Cabernet stakes come Australia, particularly the cool-climate Coonawarra and Margaret River regions, Chile, the New World country that makes the most European-style reds and still offers good value for money, South Africa, which is starting to produce some stunning wines, and Argentina. Look out for Deep Woods, Hollick, Majella, Cullen, Wirra Wirra, Wynns, Parker and Penfold’s in Australia, Aristos, Antiyal, Don Melchior and Chadwick in Chile, Le Riche, Waterford, Boehenhoutskloof, Stark-Condé and Rustenberg in South Africa and Catena, Bramare, Riglos in Argentina .

For good measure, all four countries also combine Cabernet with a local speciality – Shiraz in Australia, Pinotage in South Africa, Carmenère in Chile and Malbec in Argentina– creating some interesting variations on the Bordeaux blueprint.

That blueprint struggled to retain its premium image in the 1990s. After a wonderful run of vintages in the Eighties – 1982, 1985, 1986, 1988 and 1989 were all very good to excellent harvests – the Nineties provided a series of setbacks for Bordeaux. The top wines were still pretty good (and so they should have been at the price) thanks to lots of selection and hard work in the vineyard, but lower down the food chain Bordeaux struggled to produce consumer-friendly wines.

But the region has come storming back in the last decade. 2000 was the best Bordeaux vintage since 1990, and was duly declared a “vintage of the century”. This has been followed by similarly good years in 2005, 2009 and 2010, sending the prices of the top wines into the stratosphere and leaving the less expensive wines – the generic Bordeaux Supérieurs, the crus bourgeois and the best village wines from the Médoc – for us ordinary mortals. You might not be able to afford Château Margaux, but this year it won’t matter; there are still be plenty of affordable good wines in Bordeaux. Let’s leave the first growths to the rich and famous: Manchester United footballers, perhaps?