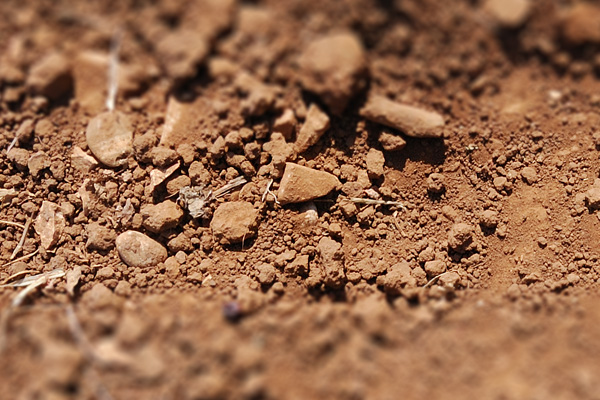 Can wine taste of the soil? The French, who set great store by such things, are always going on about ‘le goût de terroir’. They mean this quite literally on occasion. I once visited a winemaker in Chablis who made me assess his wine with one hand in a bucketful of earth. ‘You see,’ he told me excitedly, ‘this wine could have only come from my vineyard.’

Producers in the New World generally take a more sceptical approach. They argue that a vineyard’s climate, aspect and drainage are more important than the exact balance of, say, gravel, sand and loam. They don’t mind admitting that wines are heavily influenced by the place where they are grown, but they pooh-pooh the idea that they taste of specific soil types.

As you can imagine, we’re on, ahem, difficult ground here. Wine jargon is pretentious enough as it is, so imagine how it would sound if geologists got hold of it. ‘I’m getting rubidium on the nose.’ ‘Rubidium! Don’t be silly, darling, it could only be boron.’

The link may be difficult to establish scientifically, but some wines do have a ‘minerally’ character. More often than not, these tend to be whites. Three of the world’s greatest white grape varieties – Chardonnay, Riesling and Sauvignon Blanc – are particularly prone to mineral notes. But these occur only in certain places, for some reason: it’s rare to find minerals in warm-climate wines. Maybe that’s why the southern hemisphere dismisses the whole notion.

The classic minerally wines all come from cool, northerly areas with long growing seasons. (It is also significant that they are generally unoaked. Smother a wine in splinters and you’re unlikely to notice a subtle minerally undertone.) The best know of these areas is probably Chablis, Burgundy’s northern outpost, where the wines often taste chalky. Next up is the Mosel Valley in Germany, where the Riesling grape is said to produce wines with a slatey note. Meanwhile, over in France’s Loire Valley, you’re more likely to find gun flint than slate in your glass of Sancerre or Pouilly-Fumé.

Earthy wines are not the same as minerally ones, by the way. For a start, earthiness is a character more commonly associated with reds than whites. To me, it also implies that the wine is tannic, often with a rustic edge. Good, if that’s the right word, examples of earthiness are found in parts of Portugal, Spain, Italy and France. But if that’s what the French mean by ‘goût de terroir’, they’re welcome to it.