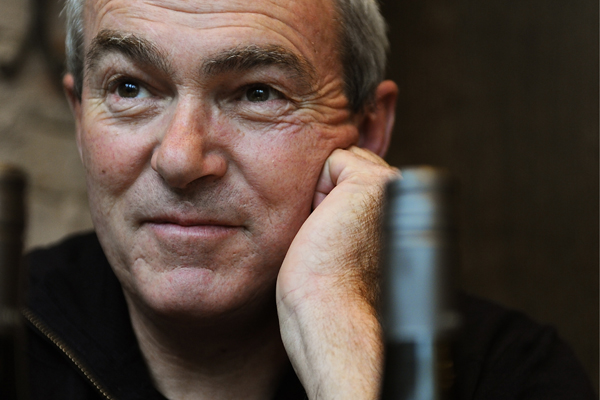 The 24th of August 1973 was a significant date in the history of New Zealand. It was equally significant in the history of wine. If that sounds a little over-dramatic – the equivalent of a journalistic haka perhaps – let me explain. That date marks the start of one of the world’s great wine regions: Marlborough.

There had been a few vines in the area since the 1870s, but when Montana (now Brancott) planted the first cuttings of Cabernet Sauvignon and Müller Thurgau in the Wairau Valley on that day in 1973, the area that has become New Zealand’s largest and most famous wine region didn’t contain a single commercial vineyard. It was known for sheep and agriculture, but anyone who said it could grow high quality grapes was considered an optimist at best and a fool at worst.

Fast forward 39 years and Marlborough’s landscape has changed dramatically. You can still find the odd flock of sheep, but these days it is vineyards that are the lifeblood of the area. Marlborough has established a worldwide reputation, particularly for its intense bungee-jump-into-a-gooseberry-bush style of Sauvignon Blanc, but also for Pinot Noir, Riesling, Pinot Gris, Chardonnay and sparkling wines.

It has also attracted an enormous number of investment and interest. At the most recent count, the area was home to 148 wineries, 551 grape growers and 17,300 hectares of vineyards. To put those figures in perspective, Marlborough accounts for 57% of New Zealand’s 33,400 hectares under vine and is nearly four times as big as the second largest region, Hawke’s Bay. In 2012, it produced 68.6% of the national harvest and a whopping 90% of New Zealand’s Sauvignon Blanc.

You can find good examples of New Zealand’s signature white grape, particularly in Hawke’s Bay, Nelson and Martinborough, but to many people Marlborough and Kiwi Sauvignon Blanc are synonymous. It is no exaggeration to say that Marlborough has added a New World dimension to a variety that produces much tighter and more minerally styles in the Loire Valley appellations of Sancerre and Pouilly-Fumé. Such has been New Zealand’s success that there is even a French wine called Kiwi Cuvée.

After those first modern cuttings went in the ground, other growers and producers started to follow Montana’s lead, with Corbans, Daniel Le Brun, Hunter’s and Te Whare Ra the most prominent among them. But the area really began to take off in the mid-1980s thanks to a wine called Cloudy Bay. Like all great ideas, there was a large element of chance in the creation of this iconic brand, but it turned Marlborough Sauvignon Blanc into a world-wide phenomenon.

The Cloudy Bay story began when a group of Kiwi winemakers went to see David Hohnen, the owner of Cape Mentelle, in Margaret River, Western Australia. They showed Hohnen a bottle of Marlborough Sauvignon Blanc and he was so impressed that he jumped on a plane to New Zealand. He found someone who would sell him grapes and persuaded a fellow (naturalised) Australian, Kevin Judd, to be his winemaker after he’d met him at a trade fair in Auckland. Don’t tell an All Black prop forward, but New Zealand’s most famous winery was created by two Aussies.

‘We had no land, no winery buildings and no name when I took the job,’ remembers Judd. By the time they released the first wine in 1985, fermented 18 hours away from Marlborough at a winery in Gisborne in the North Island, they had settled on the now famous moniker. After much deliberation, they chose the name given by Captain Cook to the large bay at the mouth of the Wairau River. ‘We weren’t sure about the association with cloudy skies and cloudy wine, but in the end we decided to go with it.’ Keen to name the wine after a local feature, they also considered Farewell Spit.

Cloudy Bay Sauvignon was an immediate success, partly because of its flavours but also because of the way it was marketed as a word of mouth, you’ll-be-lucky-to-get-hold-of-a-bottle-of-this wine. By the time the second vintage was released, everyone (even the French) wanted to taste what all the hoopla was about. The perceived rarity continues to this day, even though the winery is now owned by a French luxury goods empire and makes considerable volumes of wine. These days there is more than enough Cloudy Bay to go round.

As you’d expect, the wine spawned a lot of competitors. Cloudy Bay is still in the top echelon of Marlborough Sauvignons, but these days some of its imitators are as good as and sometimes better than the original. Names to look out for (and not only for Sauvignon Blanc) include Dog Point, Greywacke, Saint Clair, Villa Maria (Clifford Bay), Blind River, Astrolabe, Matua Valley, The Ned, Brancott Estate, Seresin, Cairnbrae, Fromm, Allan Scott, Goldwater, Isabel Estate, Churton, Fairhall Downs, Wairau River, Staete Landt, Jackson Estate and Vavasour.

Marlborough is most commonly associated with Sauvignon Blanc – hardly surprising given that it accounts for 75% of its volume – but it also makes some excellent Rieslings and Pinot Noirs and a handful of good Chardonnays. Quite a bit of the Chardonnay and Pinot Noir ends up in sparkling wines, as most of New Zealand’s fizz base comes from here.

James Healy, the winemaker at Dog Point, says that the region is well suited to any variety where ‘fruit intensity is a key part of its makeup’, a list that includes Gewürztraminer as well as Sauvignon Blanc and Pinot Noir, but argues that Marlborough does less well with wines where ‘texture and tannin ripeness are really important’, such as Chardonnay, Pinot Gris, Cabernet Sauvignon and Merlot. I’d certainly agree about Cabernet and Merlot, both of which struggle this far south.

So what makes Marlborough so special? The area is situated on the north-eastern corner of the South Island, due west and as short, invariably bumpy plane ride from Wellington. The nearby Marlborough Sounds are an area of mind-spinning natural beauty – you can explore these secret coves by boat if you’ve got time or go on a fishing trip if you’re so inclined – but it’s these days it’s the vineyards that are the biggest tourist attraction. It gets pretty busy, but you might want to visit when the Marlborough Wine Festival is on in February to get a great overview of the wines.

There are certainly a lot of wineries and vineyards to visit. The original plantings were on the southern extremities of the Wairau Plains, but have since spread north to the river flats of the Rapaura district west to the Waihopai and upper Wairau, east to the lower Wairau and further south into the Awatere Valley and Fairhall. Most of the original plantings are between the towns of Blenheim and Renwick in the Wairau Valley. Even if they have vineyards elsewhere in the region, this is where the majority of the wineries are located.

As you’d expect from a region that specialises in Sauvignon Blanc and sparkling wine, the climate here is on the cool side. But Marlborough is also dry and sunny. As Michael Cooper puts it in his excellent Wine Atlas of New Zealand (£30, Hachette New Zealand) ‘the Marlborough Sounds provide some protection from the north-westerly gales, the Kaikoura Ranges block cold southerlies and the North Island shelters the region from north-easterly storms. The cities of Blenheim and Nelson are long-term rivals for the title of New Zealand’s sunshine capital.’

The combination of sunshine and cool nights means that the Marlborough’s wines have plenty of fruit flavour backed up by high levels of natural acidity (winemakers even have to de-acidify their wines on occasion). It is these marked diurnal temperature fluctuations that give the wines their incredible vibrancy and freshness. Almost as important are the area’s soils, the best of which are on old gravel strewn river beds. The best vineyards are those that are shallow, free-draining and low in fertility, especially in an area where vines can produce large, vigorous crops.

And what of the wines themselves? Well, if you want to taste them, you’ll have to be prepared to put your hand in your pocket. New Zealand wines generally have some of the highest average prices points in the UK, and Marlborough is no exception. At the cheaper end, Montana and Villa Maria have done a good job of producing sub-£10 wines at retail prices, but many of the top Sauvignons, Pinot Noirs and Rieslings will cost you considerably more than that. Most of the time, they are worth the money, however, and in such a young region there’s very much a sense that the best is still to come. In 39 years, Marlborough has achieved more than most wine regions do in a hundred.