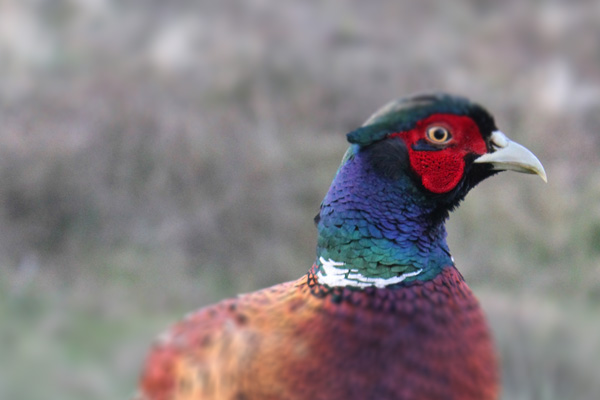 Every day in the world of wine is the Glorious Twelfth. The hunting season may be restricted in Britain – to the relief of thousands of birds and animals, who’d rather not end up in an oven or with their antlers on someone’s wall – but in wine, game is a year-round affair. We don’t even have to make do with clay pigeons.

Needless to say, we wine tasters don’t actually kill anything; the closest most of us get to a 12-bore is shooting our mouths off in print. But if we so choose, we can drink a ‘gamey’ wine every night. This isn’t the same thing as a ‘meaty’ wine, by the way. Both words are used to describe reds, but of very different kinds. A meaty wine is chunky and tannic, while a gamey one is sweeter, softer and more fragrant.

No prizes for guessing that the variety most associated with the term ‘gamey’ is Pinot Noir, the sensuous grape of red Burgundy. Older Pinot Noirs seem to develop more of that unmistakable hung-game character, especially if they’re been made in a traditional way, but the smell is there in other wines, too. I’ve caught a vinous whiff of pheasant and wild rabbit in all sorts of places; in the Rhône, in Portugal and even in South Africa, where Pinotage can take on a Pinot Noir-like persona.

The one place you won’t find gamey notes is in a young wine. The reason is that game is what we call a ‘secondary’ (i.e. bottle-aged) character, rather than a ‘primary’ (i.e. fruity) one. That’s why you won’t come across it in a Beaujolais Nouveau, or any number of sold-within-the-year wines from the New World.

If you like the aroma and flavour of game in your wine glass, the best way to get secure it is to cellar your own wine, or at least leave it in a rack in the kitchen, as supermarkets and off-licence chains don’t really sell older bottles. (If they do, it’s often unintentionally: a bottle of dusty Liebfraumilch that’s been hanging around since the Silver, rather than the Diamond, Jubilee.) The other alternative is to buy from independent wine merchants who are more likely to keep stocks of mature bottles.

Look after the wine yourself and at least you know where it has been. Some ‘fine; old Burgundies have been shipped so many times that they might as well be working for the United Nations. Just as game can get too high (and full of maggots), so wine can lose its fruit. Before you know it, a gamey wine has become a gammy one.