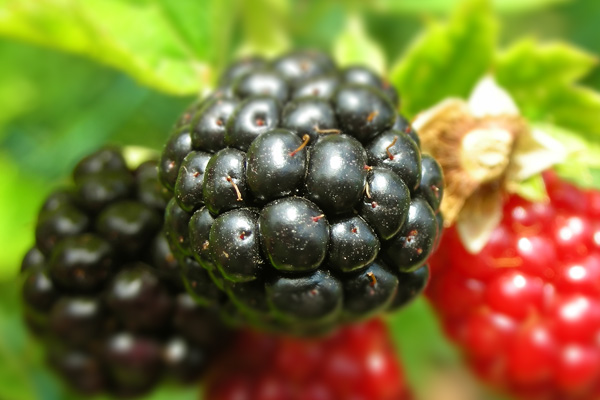 Wine scribes couldn’t survive without fruit. I don’t mean this in a physical sense, although I’m as conscientious as the next person when it comes to slicing a banana on to my cornflakes in the morning. I mean it in a descriptive one. A hundred years ago, wine tasters could bang on about breed, elegance and harmony and never mention a peach, a pear or a pomegranate. Not anymore. We still use traditional words from time to time, but fruit (partly because of the increasing popularity of up-front New World wines) has colonised our vocabulary.

If you’re tasting red wines, there are two families to look out for: red and black (or occasionally blue) fruits. Red fruits are associated with four main grapes: Pinot Noir, Pinotage, Grenache and Gamay. These tend to be soft, fleshy wines with supple tannins and fairly low acidity levels. With the possible exception of Pinot Noir, the variety of red Burgundy, they don’t that age well as a rule.

Wines that taste and smell of black fruits are generally better structured, but a little less sensuous. The best example is anything made from, or based on, Cabernet Sauvignon. This is the world’s most patrician variety and is the backbone of most of the great long-lived Bordeaux reds. The grape travels well and its firm acidity and tell-tale blackcurrant flavour can be found in Cabernets from Australia, South Africa, Spain, Chile, Argentina, Bulgaria and the United States. Merlot, Cabernet’s Bordeaux stablemate, has some of the same character, but tends to be rounder and less tart. That’s why it’s know as ‘Cabernet without the pain’.

It’s possible to find damsons, blueberries and black cherries in wine – if Oz Clarke can find putty then anything goes – but, for a wine taster, the other major dark fruit is blackberry. I associate this flavour with one particular grape: Syrah (as it’s known in France) or Shiraz (its Australian synonym). The blackberry character (often combined with a little pepper) is at its most pronounced in the wines of the northern Rhône, particularly St Joseph, Côte-Rôtie, Hermitage and Crozes-Hermitage, but it’s there, to varying degrees, in all Syrahs, even ones that are smothered in oak. I’m not too sure that I’m ready to sprinkle them