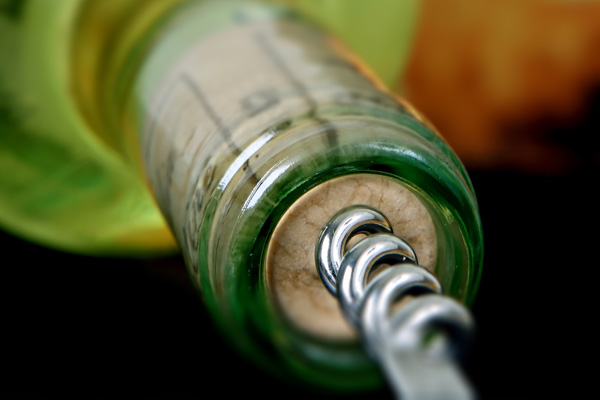 Wine without alcohol is a little like Bonnie without Clyde. If you don’t believe me I suggest you buy one of those feeble low-alcohol ‘wines’ (preferably wearing a balaclava in case you meet someone you know) and compare it with the real thing. See what I mean?

You don’t have to be a member of the park-bench set to acknowledge that alcohol is an essential ingredient in wine. Apart from being a wonderful intoxicant (in moderation, of course), alcohol gives a wine body, and what I call ‘middle’ or ‘texture’. Take away the alcohol and you’re left with something that’s grapey and occasionally fresh, but less interesting than fruit juice.

The problem with identifying alcohol in the glass is that, while its effects are clear, the stuff doesn’t actually taste of anything. A wine that is too alcoholic (rough Ports are a good example) may leave you feeling as if you’ve swallowed a chain saw, but that’s a sensation rather than a flavour. Ideally, alcohol should be part, but only part, of a wine’s overall structure and should slip past almost unnoticed.

Different wines have different levels of alcohol. Grown-up wine can vary from 5.5 per cent alcohol by volume to 20 per cent or more for certain fortified styles such as Sherry, Port and Madeira. (To give you an idea of how strong this is, remember that most commercial lagers tend to be below 5 per cent). Before you reach for the Alka-Seltzer, however, rest assured that most wines are medium-bodied – that is, between 12 and 14 per cent.

The lightest drinkable wines are sweet, frothy Moscatos from northern Italy, which tip the scales at 5.5 per cent. These are fine in an undemanding way but, if you want a serious light-bodied wine, look to Germany. Mosel Rieslings can have as little as 7.5 per cent alcohol and are perfect on warm sultry afternoons. Far better to drink one of these than a ghastly spritzer.

In the autumn, you’ll probably be looking for something with more weight – or ‘grunt’ if you’re an Australian. This shouldn’t be a problem as, like the waters of Venice, alcohol levels have been rising for the past decade. The New World has had a huge influence in this, convincing us that stronger is better. No self-respecting Australian winery would sell a Chardonnay or a Shiraz below 12 per cent these days. And if someone produced a low-alcohol wine, he’d probably be strung up from the Sydney Harbour Bridge.