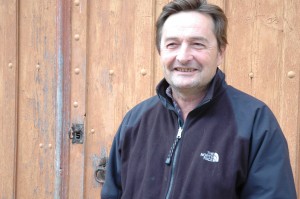 “Hey, guys, great choice of time to visit.” Dominique Lafon of Domaine des Comtes Lafon in Meursault was only voicing the views of many of the Burgundian growers who received me in the middle of the 2010 vintage. And he had a point, expressed with a customary smile and the wave of a nicotine-stained hand. Turning up at a domaine as the grapes are coming in – especially in a difficult, rot- and rain-affected year – is a bit of a no no. Like farting in a lift or taking a mobile phone call in the middle of a wedding service. 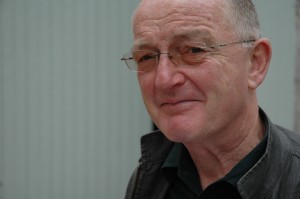 But that’s what my friend and travelling companion Oz Clarke and I chose to do. We both love the smells, the sounds, the colours and the flavours of harvest time. And we’re both passionate Burgundophiles. Actually, make that Pinotphiles. We’ll drink good Pinot from anywhere. A couple of domaines said a polite “non” to our request to visit them, DRC and Rousseau among them, but everyone else said “oui”. So in the space of three days we visited some outstanding producers: 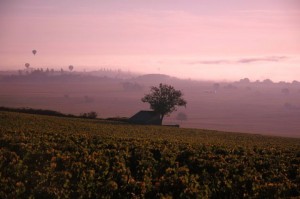 Early morning above the RN74

To tell you the truth, the 2010 vintage wasn’t our principal concern. We were there to taste the 2009s from bottle and mostly barrel. There’s been quite a bit of pre-release hype about the vintage, though it’s nothing compared with the brouhaha about Bordeaux 2009. Some fellow Burgundophiles have nominated it as one of the best post-war years, right up there with recent great harvests like 1999 and 2005. But what was the reality? Mr Clarke and I were there to find out. There are worse ways to spend 72 hours… 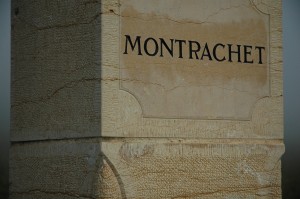 A glimpse of heaven?

I’m going to publish a more considered overview of the vintage in a special report in January when I’ve tasted thousands more samples in the UK and gone back to Burgundy to visit a few more producers. So any comments I make now are based on my tasting of the 16 places we went to and the bottles of (mostly white) Burgundies that I’ve tasted at home this year. All that I’ll say here in the space of a short blog is that 2009 looks like an exceptional vintage for reds and a very good one for whites. There will be people (I can hear them grumbling into their taste-vins right now) who will accuse the wines of being too easy to like: too forward, too full of fruit. But that’s rubbish. Too many recent Burgundian vintages (2004 and 2008, for instance) have produced wines that were lean and austere. And 2010 will probably join them. If that’s “classic” Burgundy, then you can shove it. If Pinot Noir isn’t hedonistic, then surely it’s not Pinot. 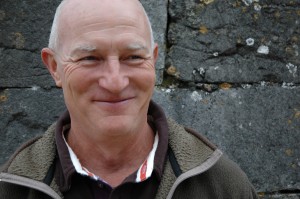 The great Claude Dugat in Gevrey-Chambertin is someone who likes a bit of hair shirt in his red Burgundies. “The 2009s are juicy and packed with fruit, but I prefer wines from more difficult vintages where the wines become more Pinot-like with age. Even people who don’t understand Burgundy will love 2009.” Maybe. Some of the 2009s we tasted were certainly a little soft and may not have the staying power of the more reticent 2005s, but they will still age well in my view. The 2009s are that rarity in the world of wine: bottles that allow you to have your cake AND eat it. Drink them young or keep them. You win both ways.

I think it is the vintage that will re-establish Burgundy as the greatest place to produce Pinot on earth. And that’s at every price level, not just the top end. In their way, the best Bourgogne Rouges are just as impressive as the Grands Crus. I think it’s a year when buyers can afford to trade down not up. The ladder of quality has many rungs. 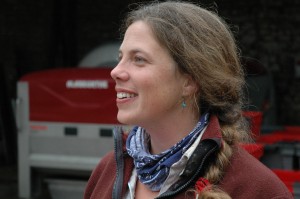 Most growers loved 2009, too, because it almost made itself, with ripe, rot-free bunches. “It was a vintage apart,” said Kellen Lignier in Nuits St Georges. “It was out of the ordinary: extremely beautiful. The wines have less colour than the 2005s, but even more structure.” Jean-Marie Fourrier in Gevrey-Chambertin was equally enthusiastic about the potential quality of the vintage, but sounded a note of caution: “The 2009s were very easy to make, but some people did a little too much leaf removal in the vineyard and ended up with dehydrated grapes. The biggest difficulty was preserving freshness in the wines.”

Are the 2009 reds almost too good to drink now (or rather when they are released next year)? The fruit is so delicious in many cases that we’ll have trouble keeping our hands off them, like over-eager teenagers fondling their dates on prom night. I’d advise you to back off. The danger is that we will open them too young, enjoying their suppleness but missing out on the complexity that will accrue with bottle age. 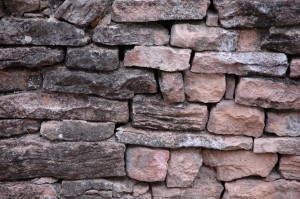 Is there a point of comparison with a previous vintage? As ever in Burgundy, there are almost as many opinions as there are winemakers. Comparisons were made, inevitably, with 1999. Others talked of 2001, 1985 and 1979. But I’m not sure it really matters. What counts is that Burgundy lovers are in for a treat. I’m already saving my money for the en primeur releases in January. I’d advise you to do the same thing.